This is the dramatic moment an off-duty security guard stopped another passenger from opening a plane door just moments after taking off from Spain.

Not long after Ryanair flight FR5253 had taken off from Sevilla, Spain, en route to Budapest, Hungary, one unnamed passenger started having second thoughts about being on the flight.

A passenger then filmed as members of staff attempted to calm the passenger down and convince him that everything was ok.

Eventually, the man agreed to return to his seat, before changing his mind again and making a lunge for the door. 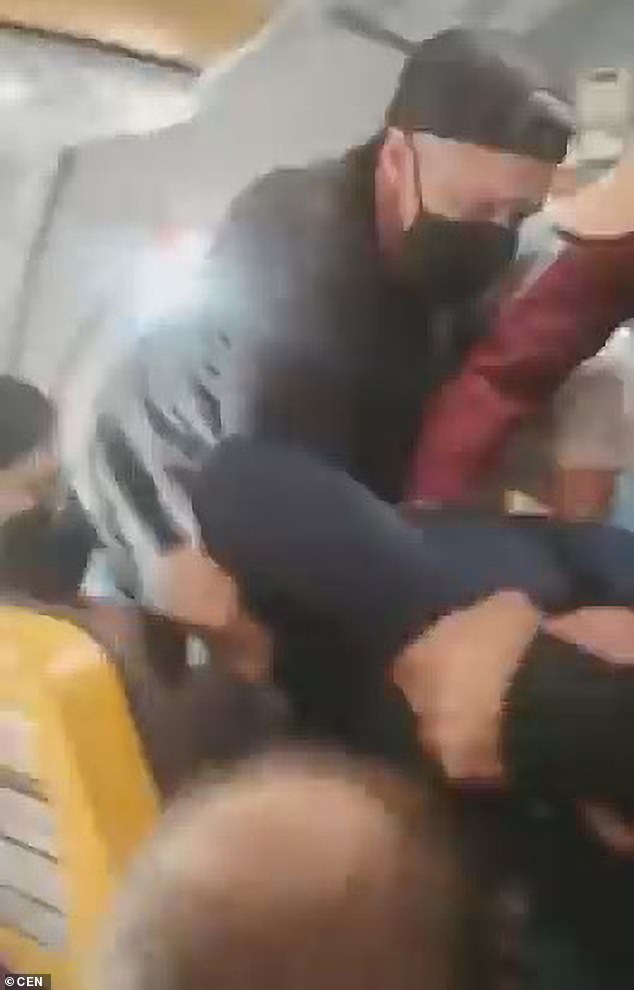 Off-duty security guard Antonio Quintero and a group of other passengers pin an unruly passenger on Ryanair flight FR5253 to Budapest, Hungary, after he attempted to open the plane door in a panic 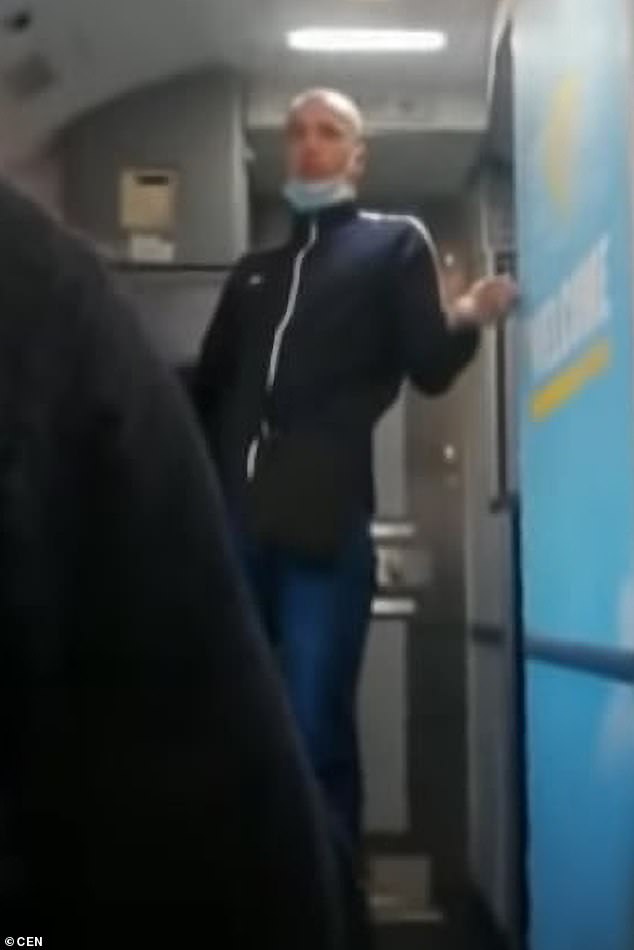 It was at this moment that off-duty security guard Antonio Quintero leapt into action and with the help of various other passengers, managed to bring him to the floor.

Eventually, Antonio and the others managed to tie the unruly passenger to a seat with the seat belt, overseen by the pilot who had come out due to the panic generated by the situation.

It is not currently known what caused the passenger to react in the way that he did on the flight.

According to Antonio, the unnamed passenger has also kicked seats, shouted and even allegedly threatened people with a pen. 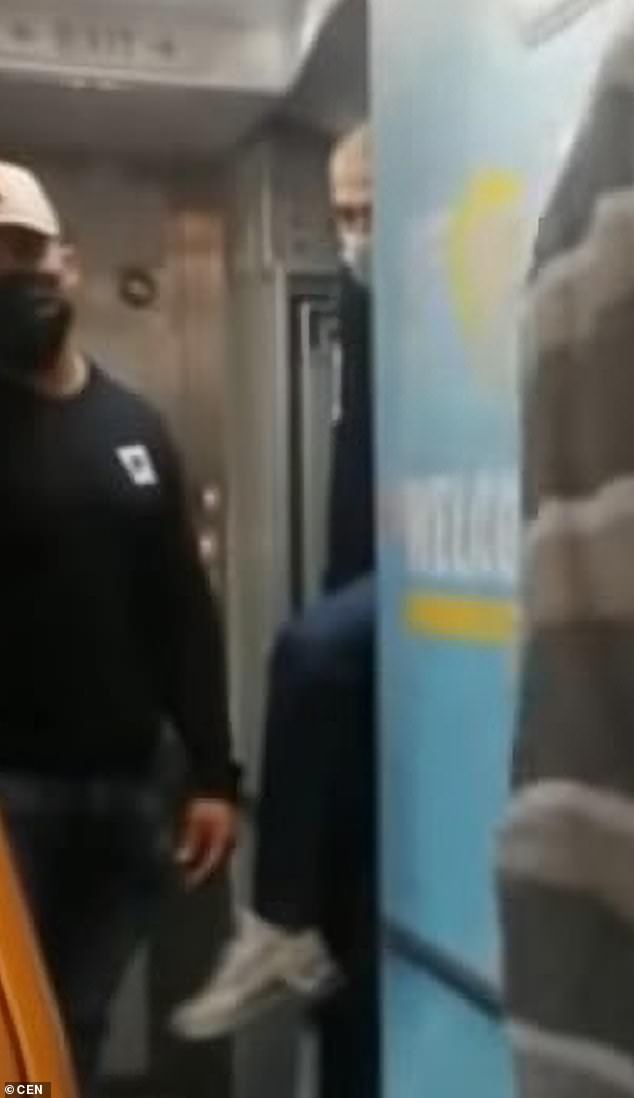 The unnamed passenger, who was arrested upon landing, had already been calmed down once by passengers and staff 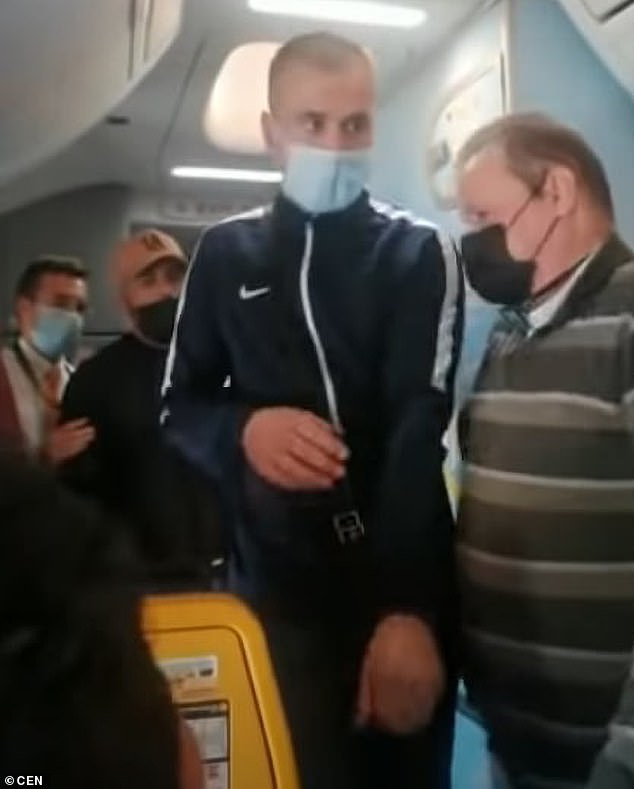 The individual was reportedly a young man of Hungarian nationality, who was arrested upon arrival at the Budapest-Ferenc Liszt airport.

Local newspaper Antena 3 reported that the off-duty security guard, who was travelling with his girlfriend, was on his first-ever flight and he said that he wouldn’t be forgetting it for a while.

According to psychologist Lara Ferreiro, his behaviour could have been brought on by acute anxiety caused by aerophobia.

Some statistics state that as many as one in three people are afraid of flying, although a much lesser percentage have been clinically diagnosed with the phobia.