One of the world’s most rarely seen whales has been found washed up on the UK coast for the first time on record.

The female True’s beaked whale was found dead at Kearvaig Bay in the north of Scotland earlier this year.

First discovered in 1913, the species (pictured), which is also known as the Wonderful Whale, lives deep in the Atlantic and Indian Oceans and so is rarely seen. 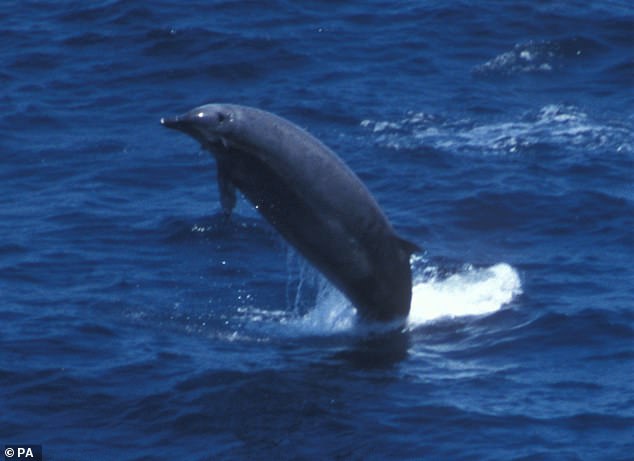 A rarely seen species of whales, which was first discovered in 1913, was found washed up on the Scottish coast earlier this year

Dr Andrew Brownlow, from the Scottish Marine Animal Stranding Scheme, who has co-authored a paper on the discovery, said: ‘Beaked whales are a famously difficult or ‘cryptic’, species to understand.

‘Their main habitat is thought to be the deep ocean; in Scotland this is around 80 miles offshore on the continental shelf, which is not an easy place to monitor.

‘At the surface beaked whales can be difficult to spot; they are not as acrobatic or visible as many other whale or dolphin species and hence much of the information we have on them comes from examining stranded individuals that wash up on our beaches. 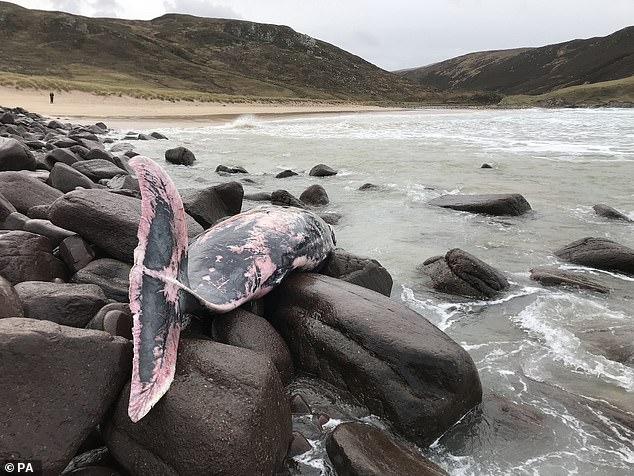 ‘From this we can get an idea of distribution and identify possible threats to these otherwise quite mysterious creatures.

‘Our finding of a True’s beaked whale adds a fourth beaked whale species to those we have strandings records for in the UK.

‘Although this is just one animal, it highlights the increasing diversity of species we have out in our waters and emphasises even more the need to better understand our deep ocean habitats and the impacts human activities are having on these amazing but enigmatic species.’

The whale is now in the collection of National Museums Scotland.