‘Our hearts are bleeding’: prayers for Australian couple in Miami building collapse

The Australian Jewish community is sending prayers for the safe recovery of two Australians missing 48 hours after a Miami building collapse which has so far claimed officially claimed four lives.

Family of Tzvi and Itty Ainsworth have taken to social media to asking for the community’s “urgent prayers”. 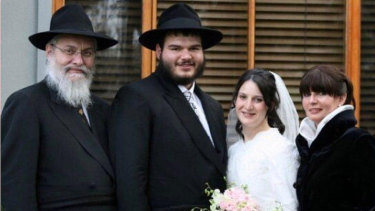 “The building they were living in collapsed last night,” Melbourne-based niece Dina Feiglin White wrote on Facebook on Friday morning, sharing a photo of the couple. “They have not been retrieved from the rubble. Please pray. We are believers, the sons of believers. We need a miracle.”

Another niece, Israel-based musician Chanale Fellig-Harrel, told her Instagram followers on Friday night that the family still had received no news at all about the couple who split their time between Australia and Surfside, Miami.

“It’s a very difficult time for the Ainsworths and the Felligs and my parents and my aunts and uncles, all of us … all of our hearts are bleeding,” she said.

The couple’s names also appear on a list of victims released by a local Chabad. This masthead has approached the family for comment.

Family friend Joseph Waks, another Australian who has been living in Surfside for 12 and a half years, has been supporting the couple’s large family, some of whom also live in the area.

He said hope was fading that Mr and Mrs Ainsworth, who were renting an apartment on the 11th floor, would be found alive. Authorities have collected DNA from the family members for the process of identifying bodies.

“We’re just short of 48 hours, so time’s running against us,” he told The Age and Sydney Morning Herald on Saturday morning AEST.

Mr Waks said a makeshift reunification centre has been set up in a nearby hotel to protect the victims’ families from the midsummer Florida heat.

“I’ve never seen anything like this before I was standing there yesterday, people were literally coming out with pots and pans and things that they were making to bring to the rescue workers,” he said.

While the effort to find survivors has been largely fruitless, a small hand waving through the wreckage soon after the collapse was one rare story of hope.

Nicholas Balboa was walking his dog on the beach when he heard the rumbling he thought was thunder, he said in a telephone interview with the Associated Press. Sensing something was wrong, he dropped off his dog and hurried back outside. 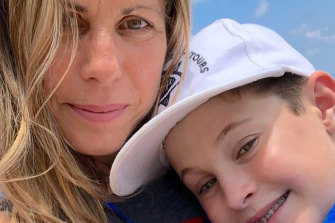 Stacie Fang, the first confirmed victim of the Miami tower collapse, with her song Joshua, whose rescue was caught on camera. Credit:Facebook

“I’ll be right back. I’m going to get help,” Balboa said, trying to comfort the boy.

“He was absolutely terrified. The sheer terror in his voice, that fact that his mother, that he can’t find her,” said Balboa, who was in town from Arizona visiting his father.

Video of Jonah’s rescue has played on repeat in the news, tugging hearts as rescuers with flashlights slowly helped him out from under a pile of cement and twisted steel and carried him away on a stretcher.

Asked about his condition, Lisa Mozloom, a friend of the family said, “He will be fine. He’s a miracle.” Mozloom said Jonah had been taken to the hospital at one point but said he was “stable”.

Authorities have said at least four people died in the building collapse, and with 159 still unaccounted for they fear the death toll will rise sharply. They have not publicly released the identities of the deceased, but Mozloom confirmed Fang’s death.

“There are no words to describe the tragic loss of our beloved Stacie,” members of her family said in a statement that Mozloom released on their behalf. They said they were deeply grateful to those who had reached out and that “the many heartfelt words of encouragement and love have served as a much needed source of strength during this devastating time”.

The family requested privacy “on behalf of Stacie’s son, Jonah,” saying they would all need time to “to grieve and to try to help each other heal”.

Balboa said he was heartbroken to learn of Fang’s death.