Oxford University has said it will cut ties to the fossil fuel industry and demand its fund managers show evidence of net zero carbon business plans.

The institution, whose alumni pack the offices of the world’s leading oil and gas firms, declared its billions would comply with 2016 UN Paris Agreement, which aims to keep global warming below 2C (35.6F).

Vice-chancellor Louise Richardson said Oxford had to take up the mantle of ‘reducing carbon emissions and tackling climate change before it is too late.’ 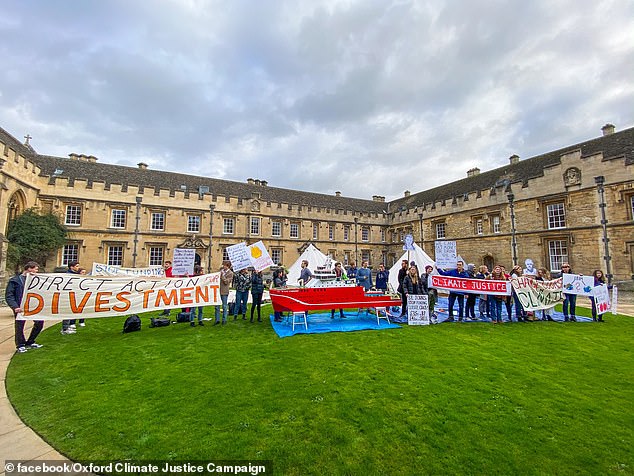 The Oxford Climate Justice Campaign, which has been petitioning Professor Richardson to adopt the resolution, heralded its ‘historic importance.’

OCJC member Anna Olerinyova told the BBC: ‘The age of fossil fuels is rapidly coming to an end. We hope the message from Oxford to the world is clear; listen to the science, prepare for the future and ditch fossil fuels.’

Oxford University Endowment Management (OUem) oversees more than £3 billion in investments on behalf of colleges and trusts throughout the university.

Since 2007, OUem has reduced investments within the energy sector from around 8.5 percent to 2.6 percent. The university notes that this includes renewable energy, with just 0.6 percent invested in fossil fuels. 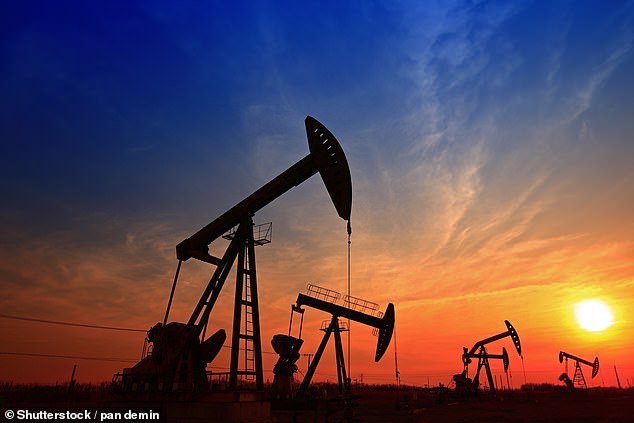 Since 2007, OUem has reduced investments within the energy sector from around 8.5 percent to 2.6 percent. The university notes that this includes renewable energy, with just 0.6 percent invested in fossil fuels

Prof. Richardson said: ‘Oxford is a global pioneer in many areas of environmental research and science, from climate economics to biodiversity, energy use, and climate change modelling.

‘I am very grateful to all the staff and students who came together to develop this new and exciting agreement on investment which I warmly welcome.

‘Coupled with our research strengths, our new approach will enhance our position as a world leader in reducing carbon emissions and tackling climate change before it is too late.’

What is the Paris Agreement?

The Paris Agreement, which was ratified in 2016, is a United Nations accord to limit global warming.

It aims to hold the increase in the global average temperature to below 2C (36.5F) ‘and to pursue efforts to limit the temperature increase to 1.5°C (34.7F)’.

Under the terms, each country is to plan its own strategy and report on its mitigation of climate change.

There is nothing binding in its terms and many of the signatories have domestic policies which undermine the Paris Agreement.

In June 2017, President Donald Trump announced his intention for the US, the second largest producer of greenhouse gases after China, to withdraw from the agreement.

The Paris Agreement on Climate Change has four main goals:

2) To aim to limit the increase to 1.5°C, since this would significantly reduce risks and the impacts of climate change

3) Governments agreed on the need for global emissions to peak as soon as possible, recognising that this will take longer for developing countries