NOW that’s some-fin you don’t see every day — a huge tuna leaps from the sea in front of surfers.

The Atlantic bluefin, which was as big as a van, breached the surface three times at Watergate Bay near Newquay, Cornwall, at the weekend. 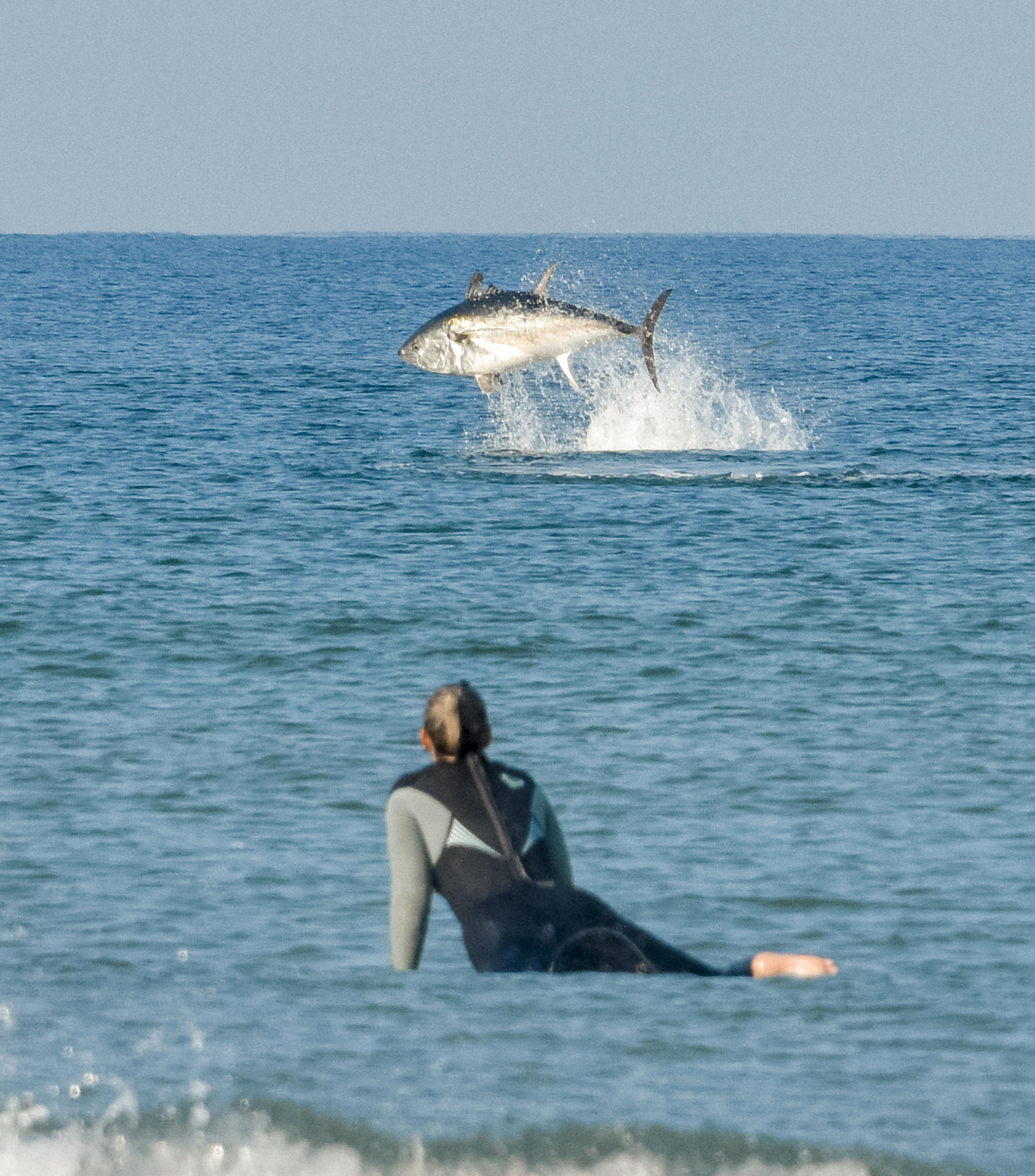 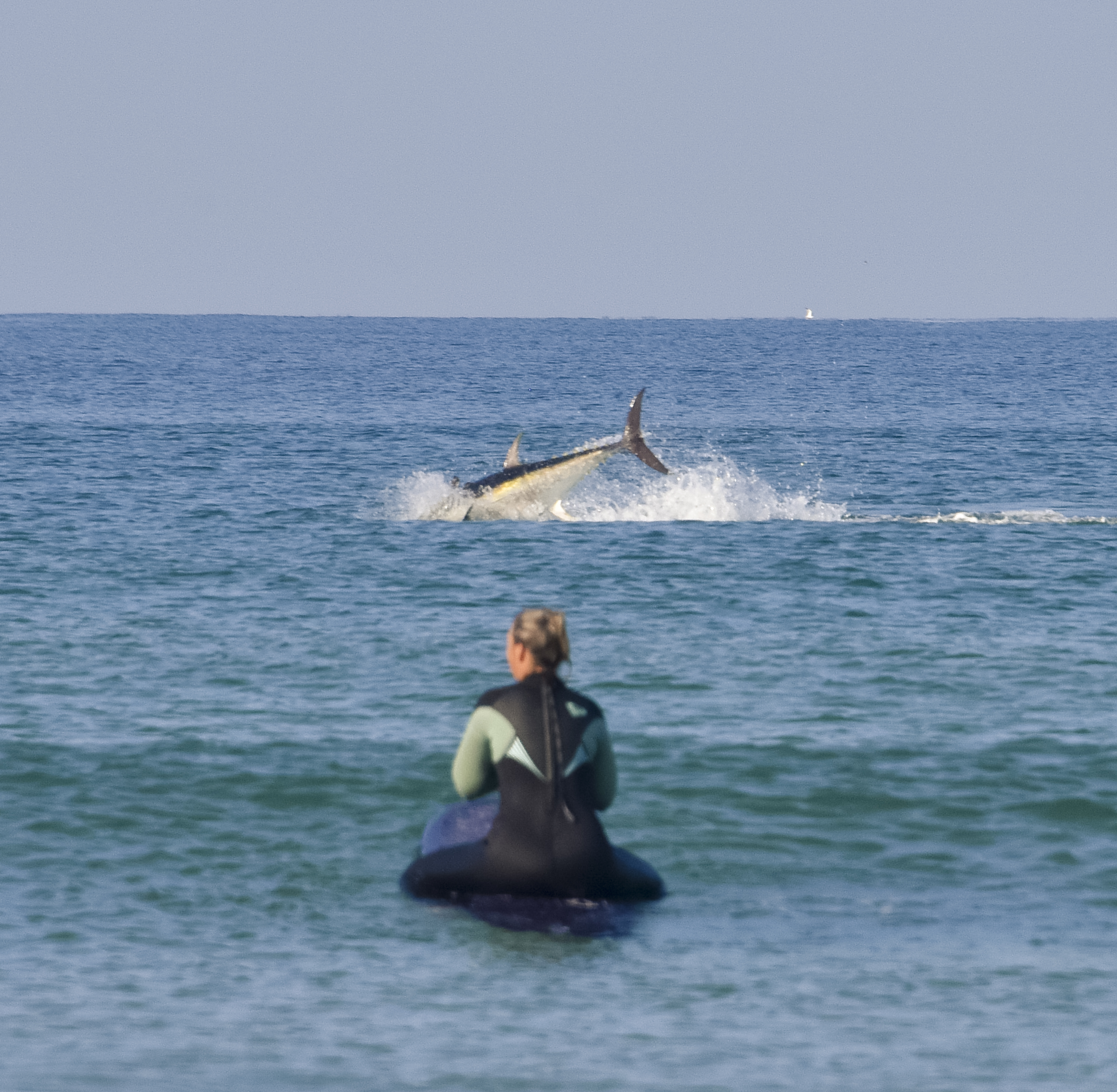 Photographer Megan Hemsworth, 24, said:"I was able to take the pictures as it breached the second and third times.

"Local fishermen were shocked by it but think it's brilliant. It was huge.

"The girls were in the sea and said it was massive, about the size of my van.

"It was in the sea which had tiny waves, low wind and the sea was really calm.

"It was about the distance of a football pitch away at the time.

"A lot of questions have been asked about the photos but they are real."

The Atlantic bluefin tuna and can live up to 40 years.