DailyMail.com Editor-at-large Piers Morgan described on Friday how an ‘upbeat’ President Trump called him on October 24 and revealed that a prankster impersonating him had been patched through to Air Force One days earlier.

The President and the hoax caller chatted for ‘several minutes’ about ‘all sorts of things’. Trump, unperturbed by the stunt, laughed it off, saying ‘isn’t that crazy!’ then asked Morgan for his advice on how to win the election.

On October 23, Morgan had stared down the camera during an appearance on Fox and Friends and told Trump in a direct appeal that he could still help him win with some key pieces of advice. The President called the next day.

‘I was sitting at home and the phone goes, it was the White House switchboard,’ Morgan told DailyMail.com on Friday.

‘I was pretty surprised because I hadn’t spoken to Trump since April, he had unfollowed me on Twitter after I wrote a column for you guys telling him to “Shut the f** up.”

‘When he came on the phone, he was very upbeat, he was convinced he was going to win,’ Morgan recalled.

‘I asked him why he’d called and he said, “well I saw you on Fox and Friends.” Then he said, “it’s bizarre, I thought I’d already spoken to you.”

‘Someone had rung him on Air Force One, pretending to be me, and they got through to have a conversation of several minutes. He started laughing and said, “can you believe it? How crazy!”

‘Unlike most world leaders might react, he thought the whole thing was hilarious,’ Morgan said. 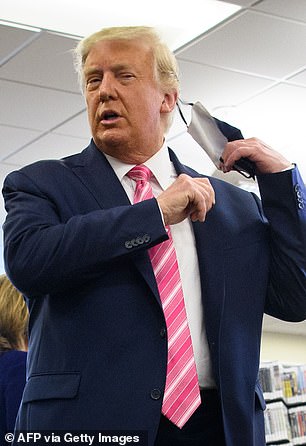 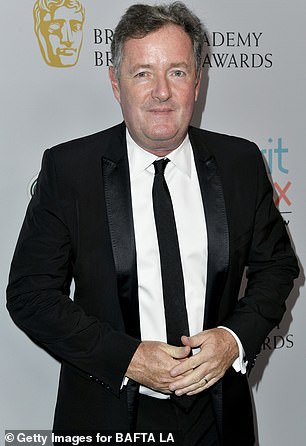 Donald Trump on October 24, casting his vote for himself in Palm Beach, moments after speaking to DailyMail.com Editor-at-large Piers Morgan where he revealed that he’d been pranked a day earlier

Trump did not offer up specifics of what he discussed with the hoax caller, but said they spoke about ‘all sorts of things.’

He was entirely ‘unconcerned’ about the incident.

The hoax caller has never come forward and no recording of their conversation has been made public either.

After laughing over the caller, Trump then asked what advice it was that Morgan wanted to give him.

They spoke for 30 minutes about the pandemic, how Trump had handled it poorly and how he could save his chances at re-election if he displayed some form of empathy in the remaining days of the campaign.

Trump was receptive to the advice on the phone but ignored it in the coming days, Morgan says.

‘We had a good conversation. I was pretty frank about his handling of the pandemic… I said you’ve not shown empathy and it’s not too late.

‘If you can double down it’ll go a long way. He didn’t, he ignored me. I’m not sure Trump has an empathy valve…’

The call ended when Trump remembered he had to go and vote for himself.

The pair have not spoken since and the identity of the prankster remains a mystery. 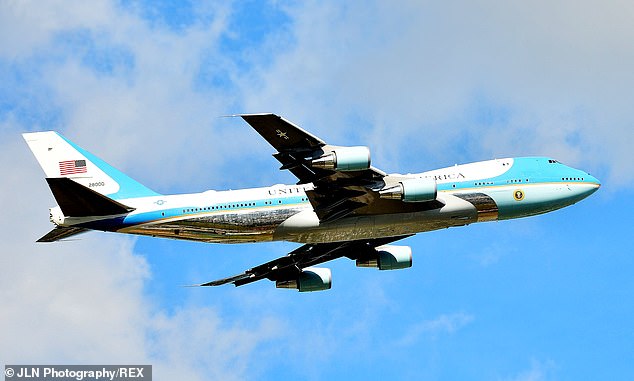 Trump was on Air Force One on October 23 when a hoax caller got through to him on Air Force One and pretended to be Piers Morgan. It remains unknown exactly what they discussed or who the caller was

Morgan first mentioned the call in a Mail on Sunday column on November 7.

‘I thought I better reveal it quickly in case it came out but nothing’s happened. It definitely wasn’t me who called him!’ Morgan said on Friday.

He does not expect another phone call from the former President in the future.

‘Given the columns I’ve been pumping out, I’d be surprised if we did speak again but the phone could always go at any moment.

‘We go back a long way and have always had a good relationship but I found his antics since the election so egregious it’ll take a lot to make me pursue a friendship.

The prankster who called Prince Harry pretending to be teenage environmentalist Greta Thunberg got him to talk about politics, Trump, charity work and leaving the Royal Family.

Harry fumed on the call: ”The mere fact that Donald Trump is pushing the coal industry is so big in America, he has blood on his hands.

‘But Trump will want to meet you to make him look better but he won’t want to have a discussion about climate change with you because you will outsmart him.’

Harry was pranked by Russians Vladimir Kuznetsov and Alexey Stolyarov. They also tricked Bernie Sanders into thinking he was speaking to Greta.