Former environment minister Theresa Villiers has been axed from the House of Commons intelligence committee after she defied the Tory whip to allow chlorinated chicken into the UK.

Ms Villiers, who was due to sit on the powerful committee has been axed by the Prime Minster Boris Johnson over her lack of loyalty to his government.

The former environment secretary was among 18 Conservative MPs who failed to support a government three-line whip on the Agriculture Bill, which seeks to regulate post-Brexit food standards. 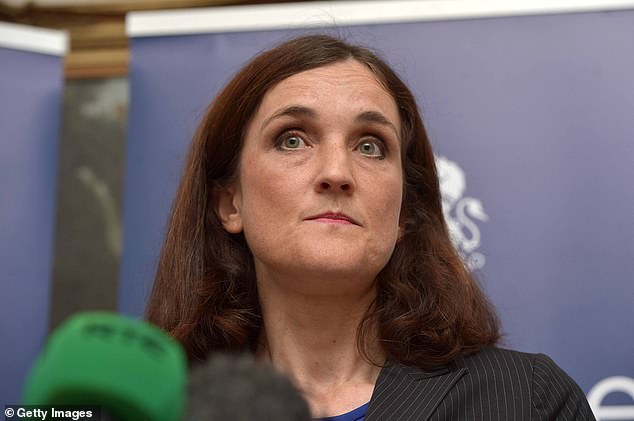 Former environment secretary Theresa Villiers, pictured, has been dropped from the House of Commons Intelligence and Security Committee by Boris Johnson because she voted in favour of an amendment to block the importation of chlorinated chicken to the UK 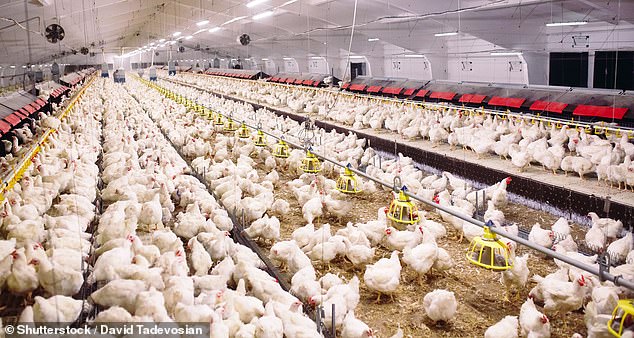 The PM had initially backed Ms Villiers for a seat on the powerful committee but initiated a U-turn after the former minister voted against the government’s attempt to loosen food standards.

According to The Times, Mr Johnson wants Chris Grayling to chair the committee – which prompted Sir Mike Penning to stand down from the watchdog as he was unwilling to support the controversial former transport secretary.

The Intelligence Committee is currently sitting on a report on Russian interference in British politics and links between Moscow and the Conservative Party.

Ms Villiers voted in favour on an amendment which would have banned chlorinated chicken from the UK in the event of a trade deal with the United States.

Ms Villiers outlined her opposition to the use of chlorine washes when writing earlier this month for the Mail on Sunday.

She wrote: ‘Much debate has centred on the UK/EU ban on the import of chlorinated chicken. While the science is disputed, there can be little doubt that chlorine, and other disinfectant washes deployed at the end of production, are used to compensate for poor hygiene during rearing and slaughter.

‘Such washes have been banned in the UK since the 1980s, because our approach has been to require higher hygiene standards at all stages of production.

This is a far more effective way to protect human health and also promotes better animal welfare and lower use of antibiotics.’

A wide coalition of organisations from the NFU to conservation groups have warned against allowing imports of food that would be illegal to produce here, with fears that farmers and standards could be undermined by products such as chlorine-washed chicken and hormone-fed beef.

Questioned on the issue by the parliamentary Environmental Audit Committee (EAC) on Thursday, Environment Secretary George Eustice insisted that the Government would protect food and welfare standards in trade deals.

He pointed to the Conservatives’ 2019 general election manifesto’s commitment on the issue.

And he highlighted a recent letter he wrote with International Trade Secretary Liz Truss in which they sought to reassure MPs that existing standards banning the import of chickens washed in chlorine or anything other than water and beef fed with hormones would remain. 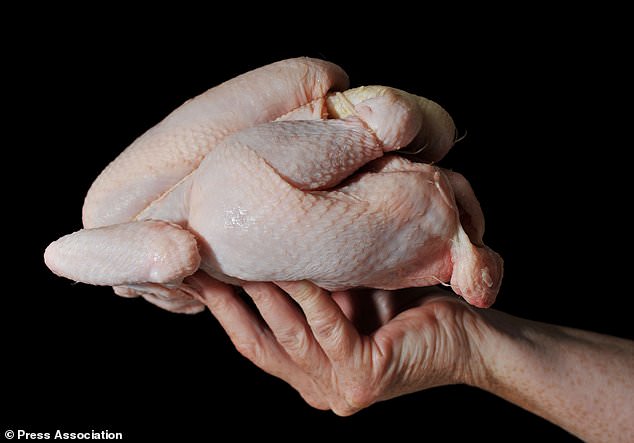 Mr Eustice told the EAC: ‘Our manifesto commitment is very clear about protecting food standards and animal welfare standards through trade deals and there are well-established mechanisms that would enable us to do that.’

NFU president Minette Batters said: ‘The fact that more than one million people have signed a petition urging the Government to put into law rules that prevent food being imported to the UK which is produced in ways that would be illegal here is a clear signal of how passionate the British public feel about this issue.

‘It is now clear that it is simply not credible for the Government to continue to just pay lip service to this issue, when there is such public support for action.

‘They must now give guarantees to the British people that they have listened to their concerns and will make firm commitments to address them.’

The NFU is calling for an independent trade, food and farming commission which reviews trade policy and makes sure that all food imports are held to the some standards expected of British farmers.

Ms Batters said: ‘Trade policy is complicated, but what the public are telling us is quite simple. They care deeply about their food, where it comes from and how it is produced.

‘They do not want to see chlorinated chicken or hormone-fed beef on their supermarket shelves and nor do they want to see food imported which has been produced in lower welfare or environmental systems than is legally allowed in this country.’