Police in Madagascar have shot dead at least 14 people and wounded 28 others after opening fire on a crowd of protesters angered at the kidnapping of an albino child.

A crowd of around 500 angry villagers armed with machetes and knives descended on the local police station in Ikongo calling for the release of the four suspects arrested yesterday, so they could be dealt with by the mob.

The demonstrators then ‘tried to force their way in’ to the station, a police officer told AFP. 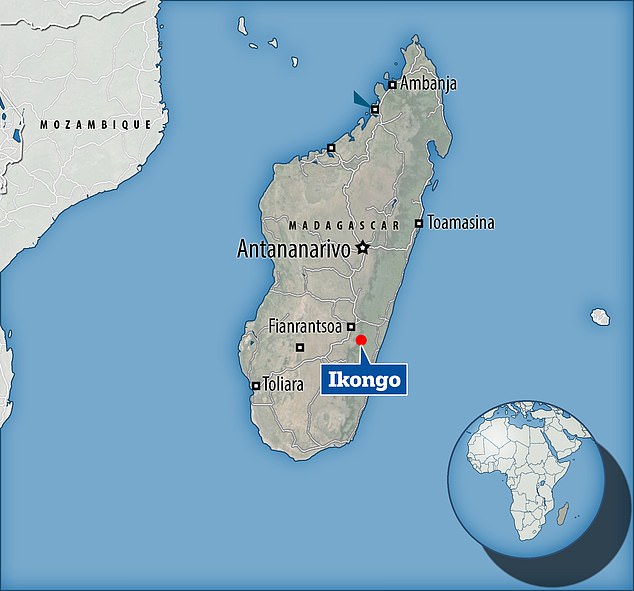 ‘There were negotiations, the villagers insisted,’ the officer said over the phone, adding police fired smoke grenades and shots in the air in an attempt to disperse the crowd.

‘They continued to force their way through… We had no choice but to defend ourselves,’ the police officer said.

Nine of those injured were in a critical condition, he said.

‘The gendarmes… fired on the crowd,’ local lawmaker Jean-Brunelle Razafintsiandraofa in the southeastern town of Ikongo told AFP.

Some sub-Saharan African countries have suffered a wave of assaults against people with albinism, whose body parts are sought for witchcraft practices in the mistaken belief that they bring luck and wealth.

Because of the superstition, their body parts can be sold for thousands of dollars and they are often targeted in ritual killings.

Some believe that having sex with an albino woman can also cure AIDS.

The kidnapping took place last week, according to Razafintsiandraofa, an MP for the Ikongo district about 50 miles southeast of the capital Antananarivo.

No further details were immediately available.

Madagascar, a large Indian Ocean island country, is ranked among the poorest in the world.