Portland cops stand by as groups of protesters clash with guns, smoke bombs

Portland police stood by for more than two hours Saturday as alt-right and anti-police protestors faced off with guns, smoke bombs and even liquid-filled condoms during the 86th consecutive day of unrest in the Oregon city.

The melee broke out as about 100 far-right activists, including members of the Proud Boys, staged a “Back the Blue” rally in front of the Multnomah County Justice Center — and were met with counter-protestors that included members of the anti-fascist group Antifa, the Washington Post reported.

But even though police described it as a riot, cops kept their distance and did not intervene.

“Each skirmish appeared to involve willing participants and the events were not enduring in time, so officers were not deployed to intervene,” the Portland Police Bureau said in a statement.

“PPB members have been the focus of over 80 days of violent actions directed at the police, which is a major consideration for determining if police resources are necessary to interject between two groups with individuals who appear to be willingly engaging in physical confrontations for short durations,” the statement said.

“While the activity in the group met the definition of a riot, PPB did not declare one because there were not adequate police resources available to address such a declaration,” the department said.

Police said both sides were armed — the far-right group with paintball guns, metal rods, and aluminum bats, the anti-police crowd with rocks, fireworks, and bottles filled with chemicals, the outlet said. 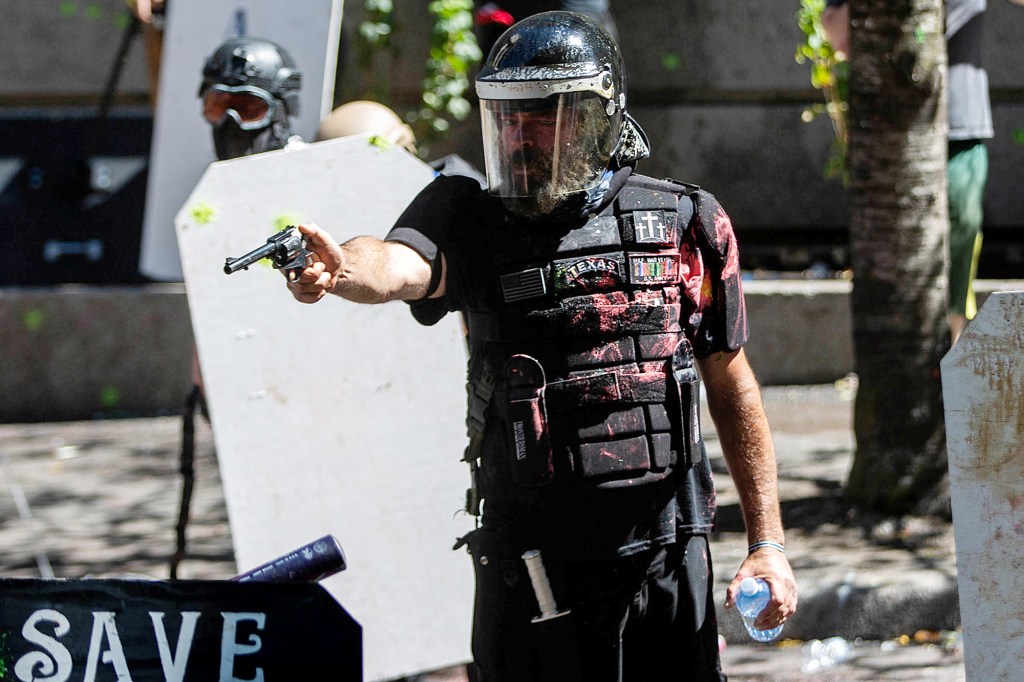 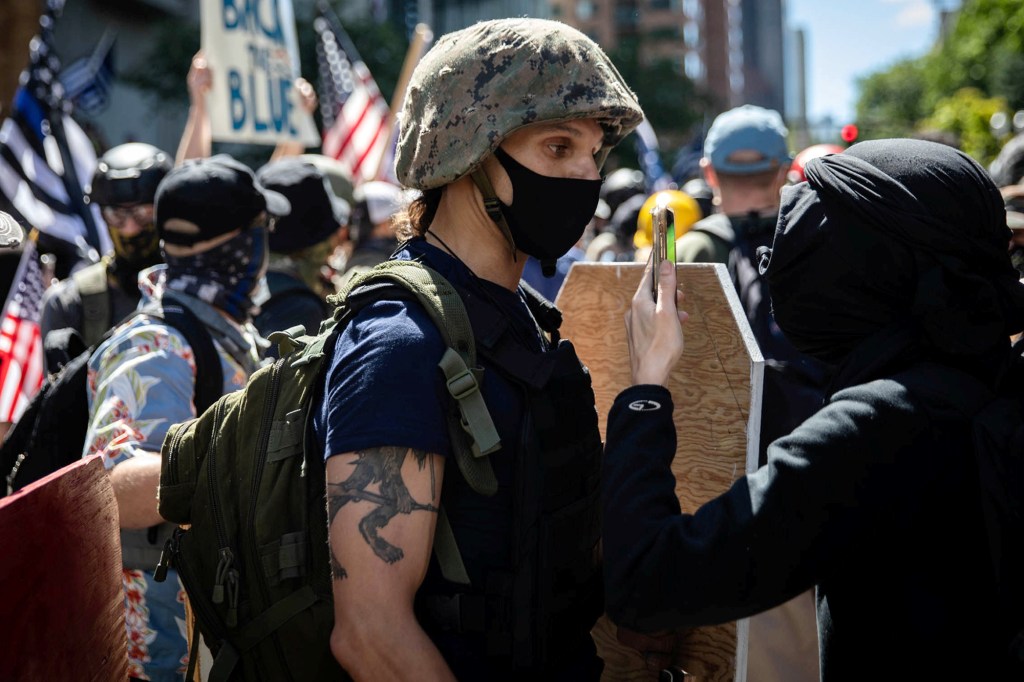