People have lauded The Queen Consort after how she managed a minor slip with ‘total class’ in Cardiff today.

Camilla was accompanying her husband King Charles III for a service of prayer at Llandaff Cathedral for the monarch’s first visit to Cardiff, when she looks to get her heel stuck and slip whilst walking.

Whilst she momentarily looks to be in some discomfort, the Queen Consort continues to walk alongside her husband and smiles to member’s of the public, reassuring them that she is ok. 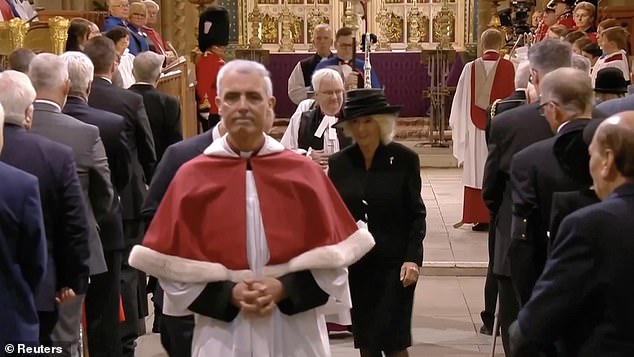 This comes as Camilla has reportedly been nursing a broken throughout her execution of duties at the King’s side.

She even suffered the injury prior to the Queen’s death and has been in ‘quite a lot of pain’, according to The Daily Telegraph.

A source told the newspaper she has just been ‘getting on’ with the job of supporting the King during an emotionally and physically gruelling week.

‘It is unfortunate timing to say the least but she’s been an absolute trouper,’ the source reportedly told the paper. 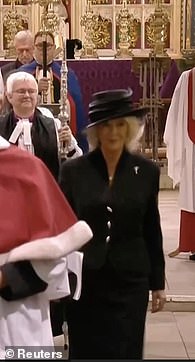 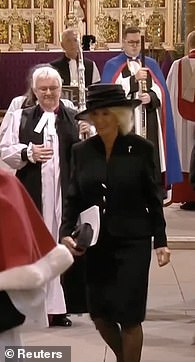 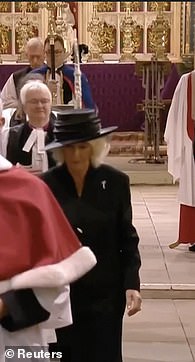 Camilla was accompanying her husband King Charles III for a service of prayer at Llandaff Cathedral for the monarch’s first visit to Cardiff, when she looks to get her heel stuck and slip whilst walking 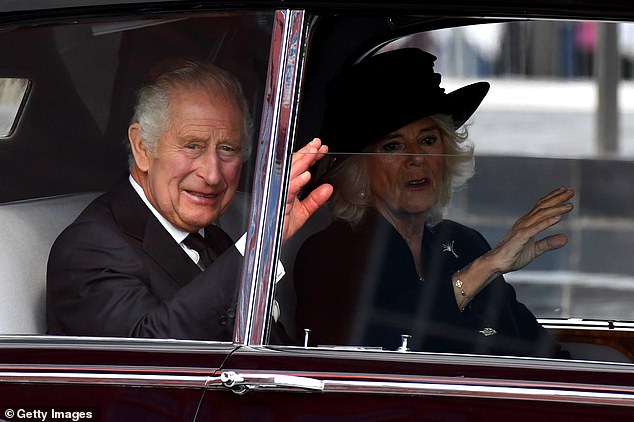 King Charles III and Camilla, Queen Consort waved as they arrived to receive a Motion of Condolence at the Senedd in Cardiff today

Chris Ship, ITV News’ royal editor posted the video of Camilla slipping up on Twitter, captioning it: ‘Total class the way the Queen Consort manages this minor slip on her way out of Llandaff Cathedral.

Royal fans responded to the tweet with admiration for the Queen Consort – with one saying: ‘She has a broken toe?

‘And she has been on her feet for much of the last week? Wow. I’ve not noticed a single grimace. Amazing’.

Another praised how ‘graceful’ she has been while another chimed in ‘Yes very well managed’. 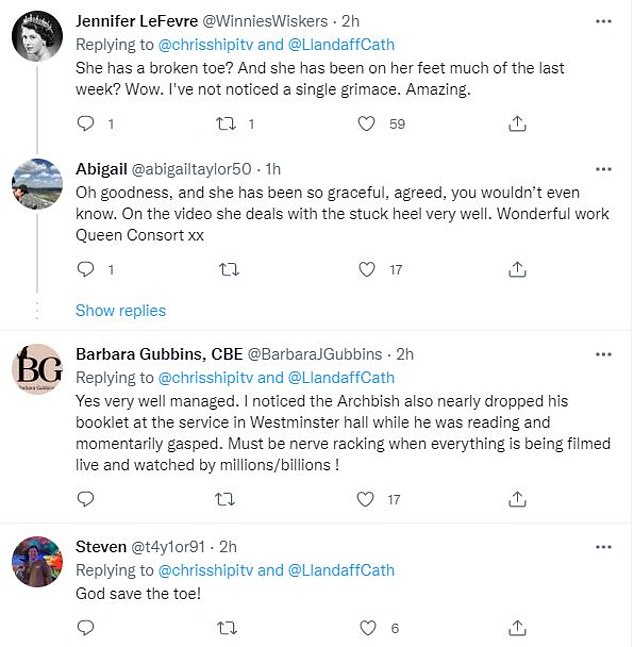 More commendations continued to flood in with another commenting on Camilla’s attitude as a whole.

One user said: ‘I’ve grown to respect Camilla because of her devotion to duty, never complaining, no dramas, no impossible demands no matter how difficult and gruelling the schedules are on their positions.’

The PA news agency approached the King’s spokesman for comment on his wife’s condition and was told: ‘We won’t comment on medical conditions.’