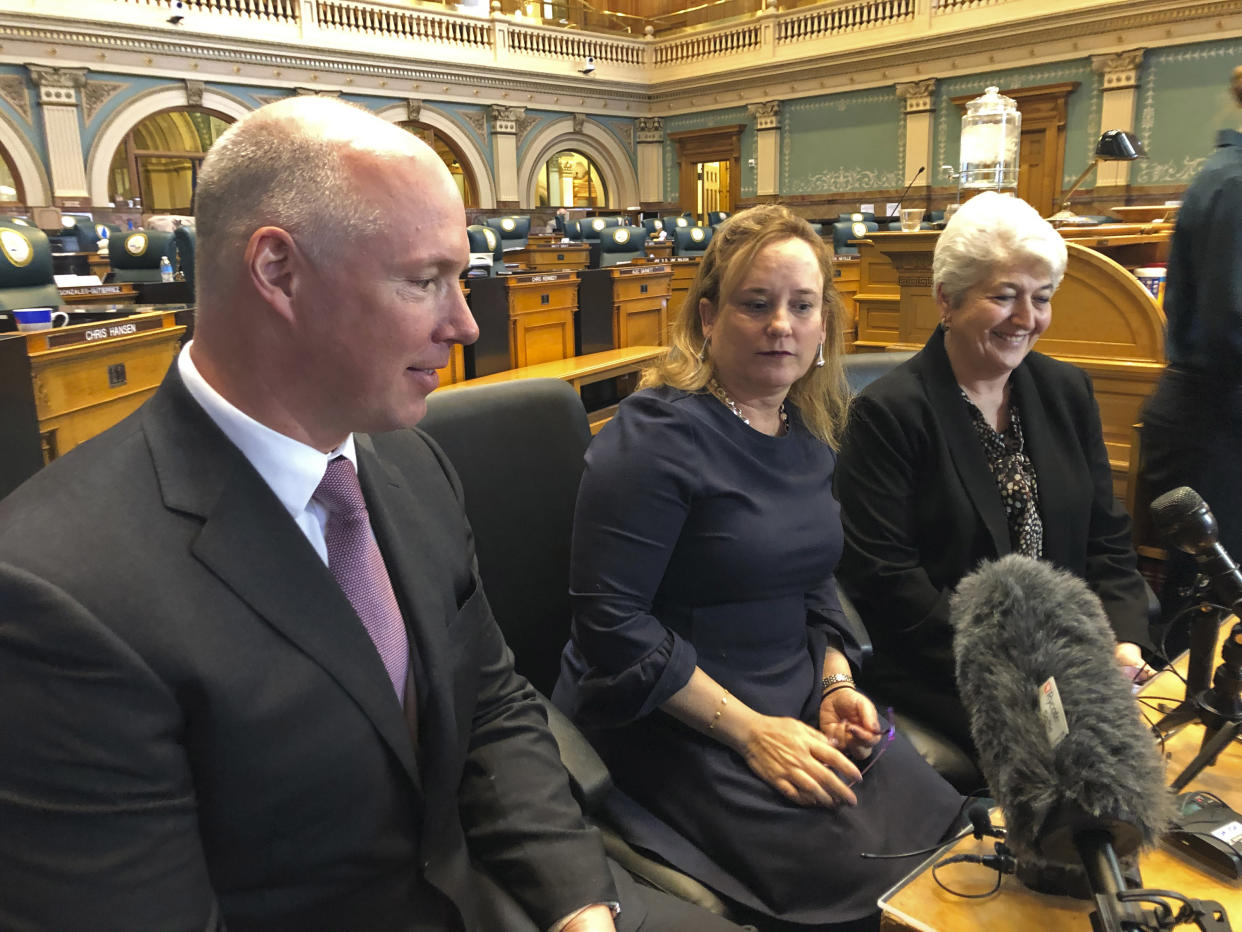 A Colorado state senator announced on Monday that he has switched his party affiliation from Republican to Democrat, criticizing the GOP on issues ranging from climate change to its response to Jan. 6.

Colorado State Sen. Kevin Priola, who represents Adams County in the suburbs of Denver, said in a letter that that he first became a Republican in 1990, inspired by former President Ronald Reagan.

“He spent his presidency looking out for American interests, not cozying up to Russia. He was for free trade and not raising taxes on Americans through tariffs. He also worked across the aisle on immigration issues,” Priola wrote, adding that he hasn’t “changed much in 30 years, but my party has.”

Priola said he “watched the events on January 6th with horror,” saying “I felt that clearly this would be the last straw and that my party would now finally distance itself from Donald Trump and the political environment he created. Week after week and month after month, I waited for that response; it never came.”

Priola called former Vice President Mike Pence; Sen. Liz Cheney, R-Wyo.; Sen. Mitt Romney, R-Utah; and Rep. Adam Kinzinger, R-Ill., “brave and honorable Republicans,” but said he “cannot continue to be part of a political party that is okay with a violent attempt to overturn a free and fair election and continues to peddle claims that the 2020 election was stolen”

On Jan 6., 2021, a mob breached the U.S. Capitol in an effort to derail Congress’s certification of the 2020 presidential election.

But Priola criticized more than the response to Jan. 6. He also accused his Republican colleagues of blocking “progress on any reasonable climate measures the legislature has undertaken.”

The lawmaker noted that he does not plan to change the way he votes on a range of other issues, such as his position on abortion rights.

Colorado Gov. Jared Polis on Monday said he was “proud to welcome” Priola.

“Senator Priola is a strong leader on climate issues & will hopefully be even more effective on the Democratic side of the aisle,” Polis tweeted.

Proud to welcome @KevinPriola to the Democratic Party. We are a broad tent party, always seeking good ideas from the left and right to move CO forward. Senator Priola is a strong leader on climate issues & will hopefully be even more effective on the Democratic side of the aisle.

Colorado’s state GOP chair Kristi Burton Brown accused Priola of “lying to his constituents,” saying he will “regret this decision when he is in the minority come January 2023.”