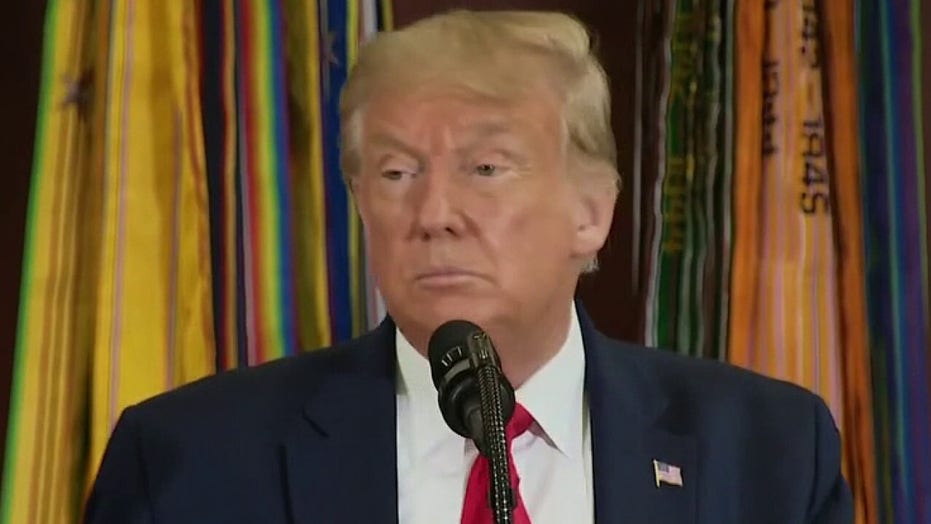 Trump: We will never defund the police

A coalition of retired law enforcement officers has banded together and formed the Protect Our Police PAC to support pro-cop candidates running for elections.

Philadelphia-based Protect Our Police PAC, otherwise known as POP PAC, launched Wednesday and is raising funds to put toward endorsed “pro-police candidates” and “independent expenditures for paid communication programs and media plans,” the group announced in a press release.

“As spineless elected officials turn their backs on cops, POP PAC will elect law & order candidates in their place,” the release states.

The announcement references the anti-police rhetoric, protests and calls for departments to be defunded in the wake of the May 25 death of George Floyd in Minneapolis, Minnesota. Floyd, a Black man, died after a white police officer held his knee on his neck for nearly nine minutes – despite Floyd saying 17 times that he couldn’t breathe. Protests soon erupted nationwide.

Tensions between police and some members of the public were running high even before Floyd's death, after Louisville, Ky., police shot Breonna Taylor, a Black emergency medical technician, to death in March while executing a no-knock search warrant.

The POP PAC press release describes how it will be “the largest organization exclusively committed to providing the resources needed to elect candidates who will support our police officers, law enforcement and first responders while in office.”

"POP PAC will build the largest coalition of pro-police groups, organizations, unions and lodges in the country to fight to protect our police on the front line who selflessly risk their lives every day," the release further states. "POP PAC will also promote pro-police stories often ignored by the mainstream media."

POP PAC has already received contributions from Philadelphia Fraternal Order of Police Lodge #5 and is encouraging candidates to apply for endorsement through its candidate recruitment program.

The PAC’s board consists of four retired Philadelphia police officers, who each boast between 12 and 20 years. Its website describes how police are “under attack.”

“Radical anarchists, spineless left-wing politicians and the mainstream media are doing everything in their power to defund the Police and dismantle the systems of law and order that keep us all safe,” the site states. “It’s time WE fight back and show our Police that we have their backs by electing leaders who will always BACK THE BLUE!”