Samba silenced: Rio Carnival postponed for first time in 100 years because of coronavirus

The Rio de Janeiro Carnival which was set to hit the streets next February has been postponed  for the first time in 108-years due to coronavirus.

The carnival attracts millions of visitors to Brazil each year.

But Brazil has been one of the countries worst hit by the pandemic with 4.5 million infections and more than 138,000 deaths.

Samba schools involved in the parade typically spend the entire year preparing for the event.

They had warned in July that it would be difficult to organise the carnival, which was to run between Friday, February 12 and Wednesday, February 17, without a vaccine. 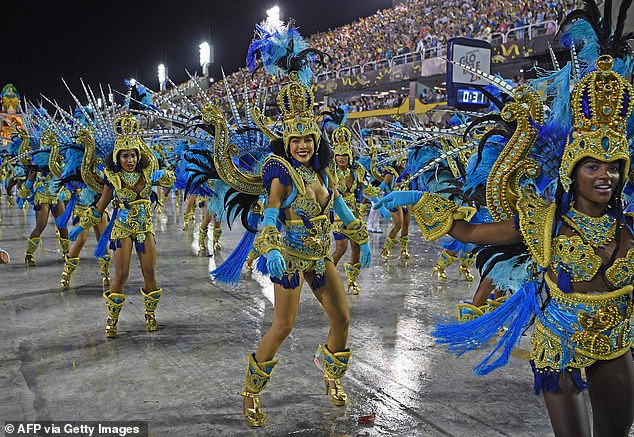 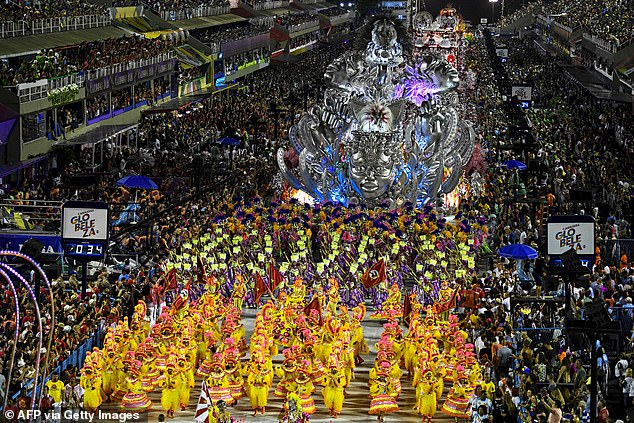 Packed crowds dance through the streets and flock to the iconic Sambadrome for massive parades which feature scantily clad dancers, small armies of drummers and all night partying.

This event has now been postponed indefinitely. The is the first time the event has been cancelled since 1912.

It was not held then due to the death of the long-time foreign minister Jose Maria da Silva Paranhos Junior.

He is reported to have said: ‘Only two things exist in Brazil which are really organized: disorder and carnival.’

In 1912 the carnival was officially pushed back two months but, in reality, people took the chance to party in both February and April that year.

Jorge Castanheira, president of samba league Liesa, which organises the event, said: ‘We came to the conclusion that the event had to be postponed.

‘It’s not a cancellation, it’s a postponement. We are looking for an alternative solution, something we can do when it’s safe to contribute to the city.

‘But we aren’t certain enough to set a date.’ 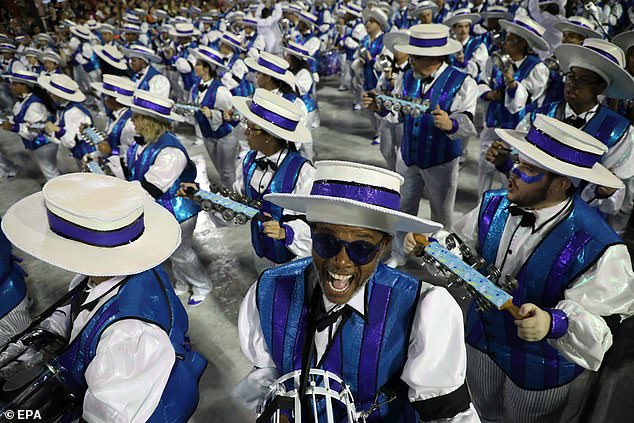 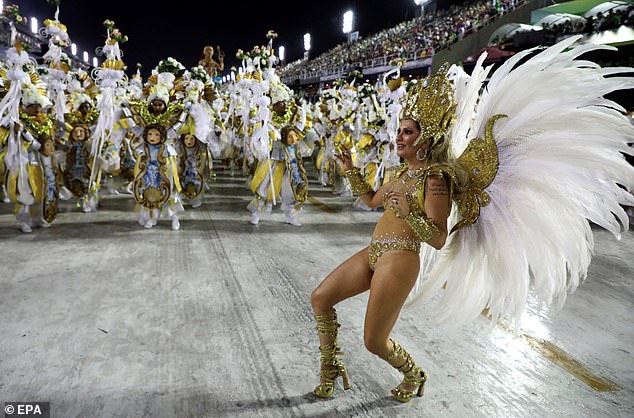 The postponement applies to Liesa’s formal carnival event but it is not clear if it also applies to local street parties which also take place.

There is a fear that the delayed carnival could impact on families who depend on the event for income.

Speculation had been mounting that the carnival would be postponed given that Brazil has the second highest death rate from covid-19 – second only to the USA.

The spread of the virus has slowed since its July peak but there has still been an average of nearly 30,000 new cases and 735 deaths per day over the last two weeks, according to health ministry figures.

Rio de Janeiro has been the state hit second-hardest in Brazil, after Sao Paulo, the country’s industrial hub.

Far-right President Jair Bolsonaro has railed against lockdown measures as a catastrophe for the economy.

He downplayed the virus as a ‘little flu,’ despite being forced into quarantine for nearly three weeks when he caught it himself in July.

Rio had already announced in July it was cancelling its famous New Year’s Eve celebrations on Copacabana beach this year.

São Paulo’s carnival parade has already been delayed by eight months until October 2021.

Tourism officials say they are seeking alternative celebrations that would be compatible with social distancing guidelines.