‘Royal Navy captain ‘smashes £100,000 hole in warship as he tries to dock it in the dark for the first time’

A Royal Navy minesweeper has been damaged after it crashed while trying to dock at a naval base in Bahrian.

HMS Chiddingfold was being docked by Lieutenant Commander Simon Reeves when it twice struck another warship causing damage to its plastic hull.

The Hunt-class mine hunter suffered approximately £100,000 of damage and will take several months to repair. 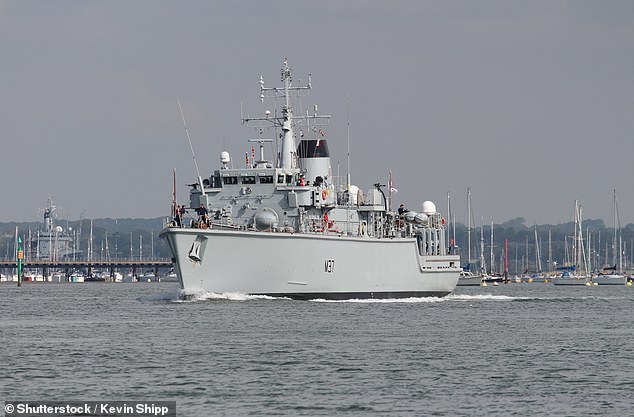 HMS Chiddingfold, pictured, was damaged while its captain was trying to dock the vessel in Bahrain 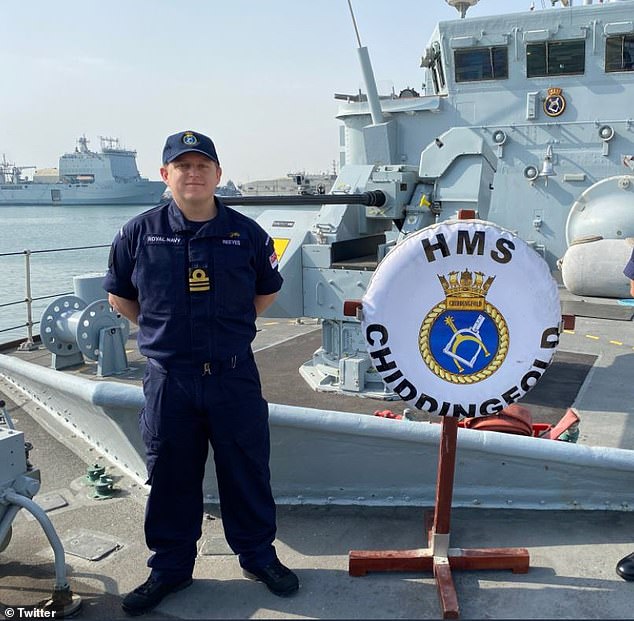 Lt Cdr Reeves took command of the 200ft vessel which was launched in October 1983 last month. The incident happened on his first attempt to dock the vessel after dark.

One source told The Sun: ‘He slammed her into reverse, but it was too late. Chiddingfold’s side hit HMS Penzance.

‘She swung out and hit her again.’

According to the Royal Navy, the incident on March 16 was caused by ‘wind, tide and equipment failure’.

Chiddingfold is one of eight Hunt-class minehunters of the Second Mine Countermeasures Squadron (MCM2).

Despite being more than 30 years old, Chiddingfold has high definition sonar which can scan the seabed searching for mines.

The minesweeper is equipped with the Seafox mine disposal system and has a team of explosive ordnance disposal divers.

She was deployed to the Gulf in 2014 to protect shipping lanes and identify possible threats to shipping.

Like her sister ships of the Hunt-class, HMS Chiddingfold is a highly effective minehunter. Using high definition sonar, she scours the world’s seabeds for mines and lost explosives. Once her crew detect a danger, they get to work and destroy it safely.

MailOnline has approached the Royal Navy for a comment.