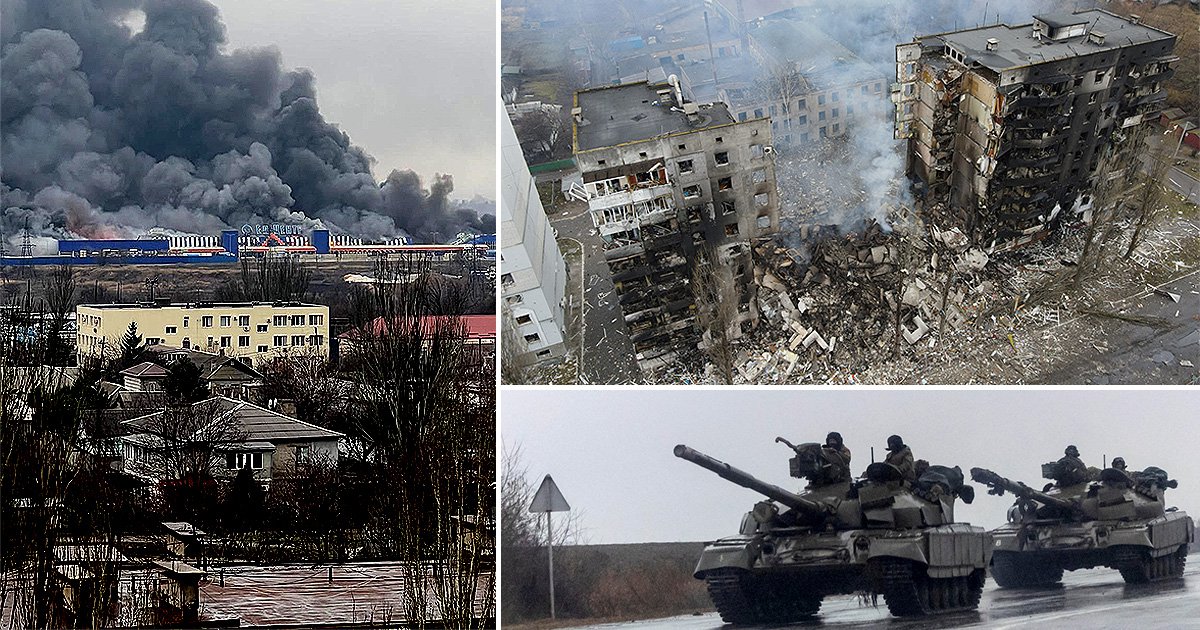 A Russian Foreign Intelligence chief has claimed that the country no longer sees its ‘war’ with the West as cold – and says it is now a ‘hot’ war.

That is despite Russia claiming it is not at war with Ukraine – and other western countries staying out of the fighting.

Speaking on Thursday as Russia continued to bombard its western-leaning neighbour, Sergei Naryshkin said: ‘Western politicians and commentators like to call what is happening a “new cold war.” It seems that historical parallels are not entirely appropriate here.

‘If only because in the second half of the 20th century Russia fought with the West on the distant approaches, and now the war has come to the very borders of our Motherland. So for us it is definitely not “cold”, but quite “hot”.’

The head of Russia’s foreign intelligence agency made the comments on his organisation’s website.

It comes amid fears that other countries could yet be dragged into the war if Nato countries, including those on the Russian border, are attacked.

This is a breaking news story, more to follow soon… Check back shortly for further updates.

Got a story? Get in touch with our news team by emailing us at [email protected] Or you can submit your videos and pictures here.

For more stories like this, check our news page.