RUTH Bader Ginsburg has become the first woman to lie in state at the United States Capitol as the nation mourns the late justice.

The late Supreme Court Justice's casket was escorted by the honor guard on Friday morning to lie in state at the U.S. Capitol. 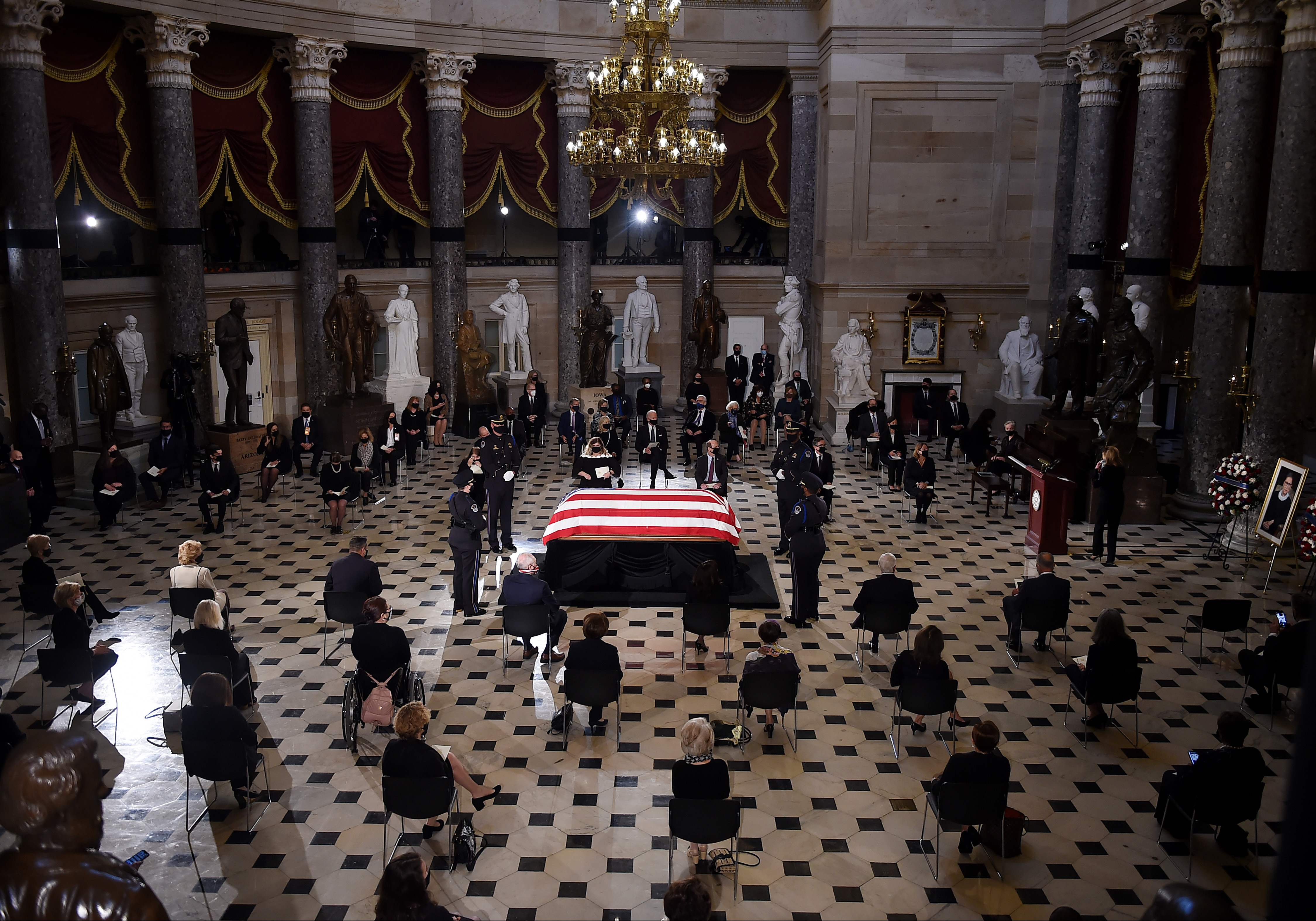 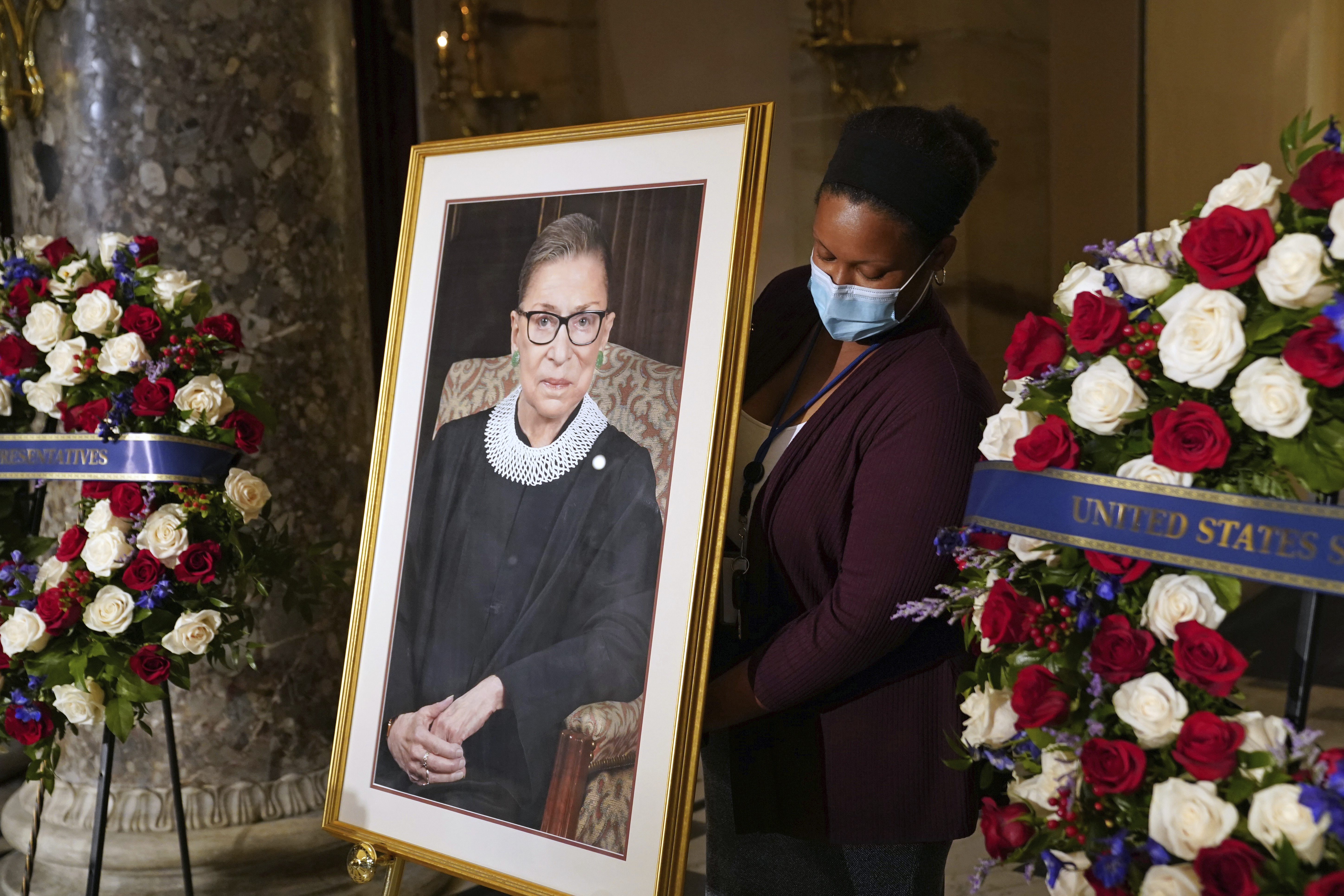 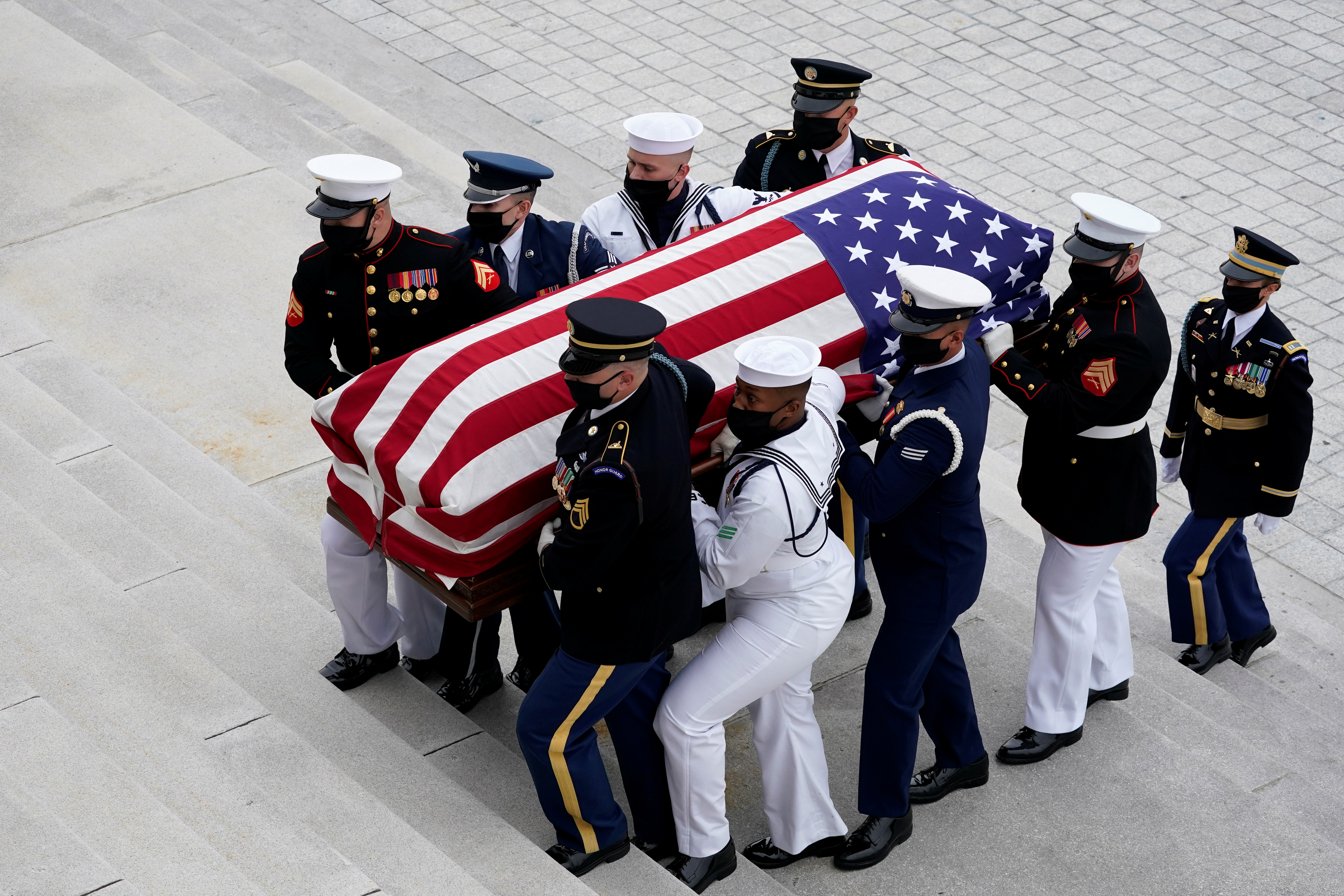 It comes one week after Ginsburg passed away on the night of September 18 from metastatic pancreatic cancer.

Ginsburg's formal ceremony started at 10am in the National Statuary Hall on Friday morning.

Mourners are paying tribute to Ginsburg as her casket was on public view at the court's iconic steps. It made the short procession across the street Friday morning for the private Capitol ceremony with elected officials, family and other invited guests amid coronavirus social distancing restrictions.

Speaking ahead of the event, Pelosi told CBS that Americans need to know whats at stake for the rush to confirm Ginsburgs replacement.

The politics of the moment, in a tense election year, rippled throughout the celebrations this week of Ginsburgs life and career. But the ceremony is expected to be a celebration and honoring of her life and work, with musical selections from one of Ginsburgs favorite opera singers, mezzo-soprano Denyce Graves.

Several member of Congress, including Sen. Amy Klobuchar, D-Minn., a former presidential contender are attending. Members of the House and Senate who are not invited to the ceremony because of space limitations imposed by the coronavirus pandemic will be able to pay their respects before a motorcade carrying Ginsburg's casket departs the Capitol early afternoon.

The honor of lying in state has been accorded fewer than three dozen times, mostly to presidents, vice presidents, and members of Congress. Rep. John Lewis, the civil rights icon, was the most recent person to lie in state following his death in July. Henry Clay, the Kentucky lawmaker who served as Speaker of the House and also was a senator, was the first in 1852. Rosa Parks a private citizen, not a government official is the only woman who has lain in honor at the Capitol.

Ginsburg has lain in repose for two days at the Supreme Court, where thousands of people paid their respects, including President Donald Trump and first lady Melania Trump on Thursday. Spectators booed and chanted vote him out as the president, who wore a mask, stood silently near Ginsburg's casket at the top of the court's front steps.

Trump plans to announce his nomination Saturday of a woman to take Ginsburg's place on the high court, where she served for 27 years and was the leader of the liberal justices.

Ginsburg, the second woman to serve on the Supreme Court, will be buried next week in Arlington National Cemetery beside her husband, Martin, who died in 2010.