Ryanair has seen its half-year profits soar to £1.2bn (€1.4bn) amid ‘huge pent-up demand for travel’ despite air fares being 15 per cent higher than before the pandemic.

But chief executive Michael O’Leary said increased prices would not put people off travelling, as people tend to ‘trade down’ to cheaper providers during recessions, with Ryanair likely to benefit from this change in consumer behaviour.

Today the Dublin-based cost-low airline recorded a pre-tax profit of £1.2bn (€1.4bn) during the first six months of the year, with twice the number of passengers travelling on the airline compared to a year ago. 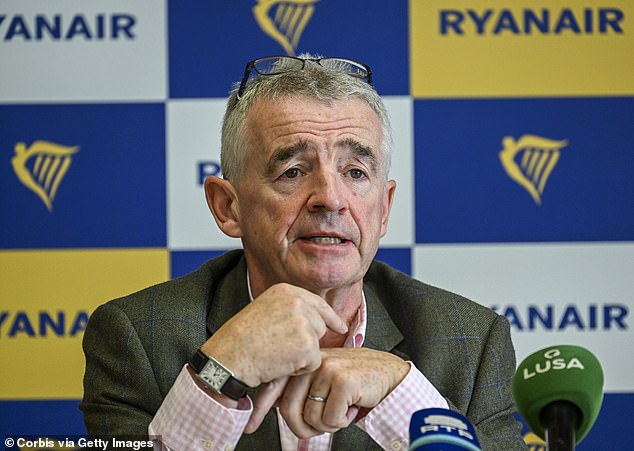 Chief executive Michael O’Leary (pictured) said increased prices would not put people off travelling, as people tend to ‘trade down’ to cheaper providers during recessions

He told BBC Radio 4’s Today Programme: ‘People do seem to have money and they are spending it particularly on travel.

‘This will be the first Christmas in three years where people can reunite with their friends and family and there seems to be a very strong appetite to do so.

‘We have been through three or four recessions in Ryanair in our 30 years and every time there has been a recession people do not stop flying, they trade down to the cheapest provider which is Ryanair.

‘People do not change their habits but they become more price sensitive and I think that will be good for Ryanair’s business.’

It comes amid a boost for the airline, which said it was operating at 115 per cent of its pre-Covid capacity for the third quarter, comprising July, August and September.

Admitting ‘the strength of the recovery this summer has surprised us’, Mr O’Leary said winter bookings were looking equally as strong.

‘We thought it would ease off in September, October, as we entered into the winter but so far there’s not much sign of it,’ he added. 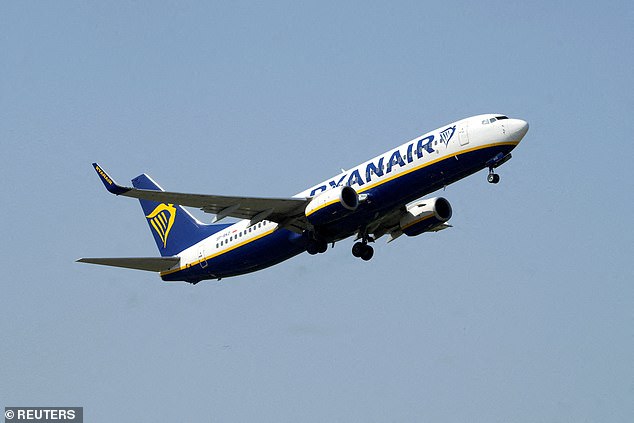 Ryanair has seen its half-year profits soar to £1.2bn (€1.4bn) amid ‘huge pent-up demand for travel’ despite air fares being 15 per cent higher than before the pandemic

‘There seems to be people locked up for two and a half years, are going back to work they want to go and see friends and family again, and we are seeing them booking in stronger numbers and paying slightly higher air fares.’

The business has escaped some of the chaos that has hit some of its rivals. It has bought around four-fifths of its fuel in advance at 67 dollars a barrel, locking in lower prices earlier.

Fuel prices have soared in the last year and by comparison the fuel that Ryanair is buying in advance for next year has cost it an average of 93 dollars per barrel.

Meanwhile, the company also avoided some of the hit from a soaring dollar by buying the dollars it plans to spend on buying aircraft in advance up until 2026 at 1.24 dollars per euro.

On the open market the exchange rate was 99 euro cents to the dollar on Monday morning.