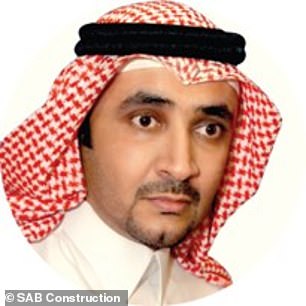 Sheikh Salah Hamdan Al Balawi is accused of failing to settle what the Les Ambassadeurs Club, off Park Lane, has claimed is a £2 million debt

A Saudi Sheikh estimated to have assets of more than £100 million is locked in a alleged gambling debt dispute with an exclusive London casino which featured in the Bond film Dr No.

Sheikh Salah Hamdan Al Balawi is accused of failing to settle what the Les Ambassadeurs Club, off Park Lane, has claimed is a £2 million debt.

The dispute has reached the High Court where on Friday a judge removed a freezing order on the Sheikh’s global assets which was imposed in February.

The order was enforced after the casino said the Sheikh had ‘gone to ground’ after his cheques bounced in September last year and claimed it tried unsuccessfully to contact the Sheikh once the cheques had bounced, as reported by The Evening Standard.

However, on Friday, the worldwide freezing order was discharged by the judge, while the dispute over the alleged debt continues.

The Sheikh, 52, whose company SAB Ventures owns a £45 million mansion in Carlton House Terrace, which had been bought in 2017 from The Queen’s Crown Estate, had fought the freezing order and contended ‘that the debts comprise illegal gambling debts’, said Mr Justice Freedman.

The casino had argued:  ‘Despite a promise of payment from Mr Al Balawi it never materializes and he ultimately goes to ground.’ 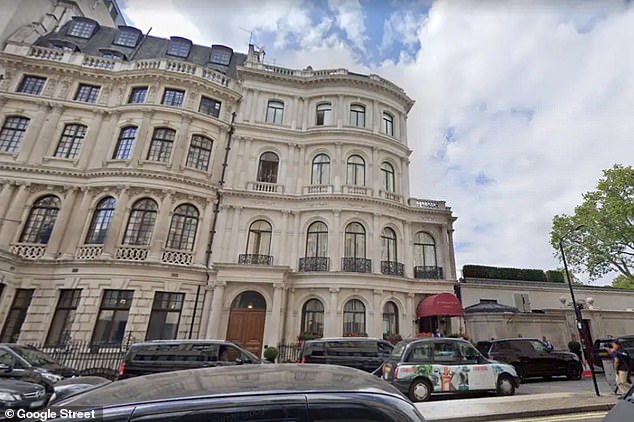 The Sheikh, who says he and his wife have culminated assets of more than £100 million through their companies, accepted responsibility for the cheques not clearing but says he warned the Les Ambassadeurs Club (pictured above) that would happen

‘It is the combination of Mr Al Balawi failure to pay, coupled with his silence and apparent going to ground in Saudi Arabia, combined with a jurisdiction that is hostile to gaming debts and in which a relevant order of the English court would not be enforced that justifies the making of the (freezing) order,’ the casino said.

It added that the Sheikh had gone to Saudi Arabia, ‘where such debts…are completely unenforceable.’

The Sheikh, who says he and his wife have culminated assets of more than £100 million through their companies, accepted responsibility for the cheques not clearing but says he warned the casino that would happen.

He added he had previously been suspended from the casino over unpaid debts but was reinstated once they were settled.

He also denied that he had ‘gone to ground’ and said he regularly travels between Saudi Arabia and London and had not picked up the initial communications from the casino.

The court heard the Sheikh was a ‘significant player’ at the casino since signing up as a member in 1993. He is said to have bought around £14 million of gaming chips and sustained losses of around £5 million.

In his ruling, Mr Justice Freedman said casino staff know the Sheikh is very wealthy and had visited his home in Carlton House Terrace.

He said Sheikh had not been ‘frank’ about the state of his debts to other casinos, but that given his wealth and ties to London and Jersey there was little risk of that the casino wouldn’t be able to retrieve its money.

The judge also found that the casino had not fully informed the court about the value of the property in Carlton House Terrace, while the phrase ‘gone to ground’ could have been misleading about the Sheikh’s position.

Mr Al Balawi’s company website, SAB Group, describes him as the Chairman of SAB Holding and a world leading entrepreneur.

He has a raft of companies operating in the Middle East along with an investment arm, SAB Investment, that ‘has created market defining businesses in the Communications. Logistics, Retail, Real Estate, Medical, Travel, Construction and Luxury goods sectors.’

‘Operationally focused the Group provides strong, commercial and sound, ethically led support for business expansion throughout the world,’ it adds.

Dover-Calais ferries are suspended after strike action at French port

FERRIES between Dover and Calais have been suspended due to a strike by staff at the French port. The 24-hour closure of the Port of Calais began at 8am on Thursday. Ferry operators DFDS and P&O Ferries normally run a total of up to 50 sailings per day between Dover and Calais. DFDS has switched one of its Calais ships to the Dover-Dunkirk […]

END_OF_DOCUMENT_TOKEN_TO_BE_REPLACED

Hollywood stars Rob McElhenney and Ryan Reynolds are, for some reason, buying Wrexham AFC, one of the world’s oldest football teams

Hollywood stars Ryan Reynolds and Rob McElhenney are in talks to complete a shock takeover of one of the world's oldest soccer teams, Wrexham AFC. Wrexham is currently owned by its fans and plays in the fifth tier of English soccer. After 95% of the club's members voted in favour of the proposed takeover, Reynolds and McElhenney are now set for […]

END_OF_DOCUMENT_TOKEN_TO_BE_REPLACED

Gigi Hadid has taken to her social media channels to share an adorable photograph of her newborn child. The model shared the snap, just hours after Zayn confirmed the arrival of their daughter. Gigi first confirmed her pregnancy in April 2020, months after sparking speculation she was ready to start a family with the former One Direction singer. Due to […]

END_OF_DOCUMENT_TOKEN_TO_BE_REPLACED
This website uses cookies to improve your user experience and to provide you with advertisements that are relevant to your interests. By continuing to browse the site you are agreeing to our use of cookies.Ok