Schoolgirl found dead at home 'had taken cocaine and a painkiller'

Schoolgirl, 16, who was found dead in her bedroom had taken cocaine and a painkiller, inquest hears as her heartbroken father pays tribute to his ‘gentle’ and ‘beautiful’ daughter

A schoolgirl found dead in her bedroom had taken cocaine and a painkiller, an inquest heard as her heartbroken father paid tribute to his daughter.

Ellesse Potter, 16, called ‘gentle’ and ‘beautiful’ by her family, was found dead in her bedroom in Haverhill, Suffolk by her mother’s partner in July 2018.

She had spent the evening before her death applying fake tan with her mother and listening to music in her bedroom – and had even told her mother that she loved her.

The family’s neighbours rushed round to help, one of them performing CPR on Ellesse while an ambulance raced to the house. But when paramedics arrived, they said she had sadly died. 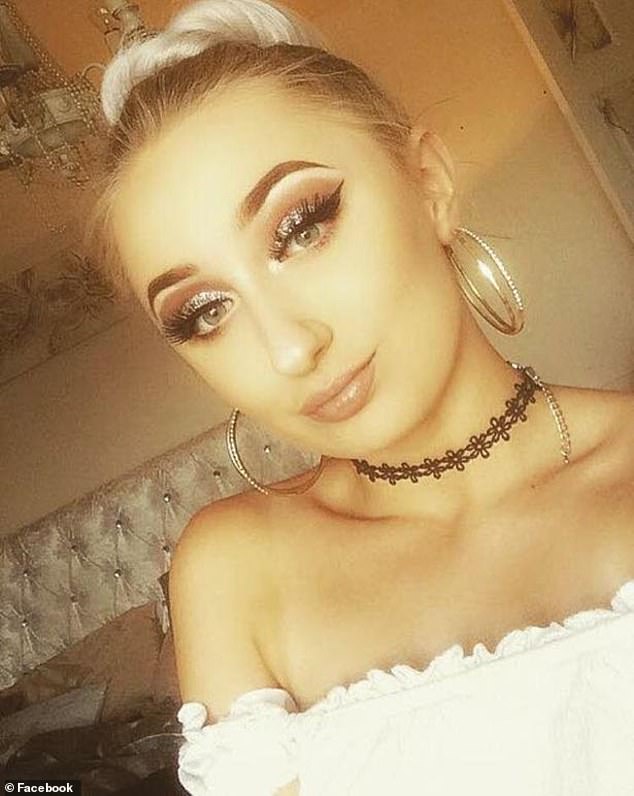 Ellesse Potter, 16, was found dead in her bedroom by her mother’s partner, who said he ‘knew she was dead’ the moment he saw her. She had spent the evening before her death applying fake tan with her mother and listening to music in her bedroom in Haverhill, Suffolk

A toxicology report found that Ellesse had low levels of cocaine and a prescribed drug called buprenorphine – an opioid – in her system.

Suffolk’s senior coroner Nigel Parsley said a witness had described Ellesse’s home as having a ‘chaotic party lifestyle’. A witness also claimed they had seen her take drugs and said Ellesse herself believed she came from a ‘broken home’.

But it was also suspected she could have died from Sudden Arrhythmia Death Syndromes (SADS), a rare genetic heart condition that can cause sudden death in young, apparently healthy, people.

The inquest was halted after starting in December so her family members could consider taking a test for SADS to see if it was genetically prevalent.

However, Mr Parsley yesterday said he was not aware that a test had been done or if the family had any plans to take the test, and proceeded with the evidence to hand.

He concluded that the drugs in her system were involved in her death, saying: ‘I will record that Ellesse Potter died of a drug-related death.’ 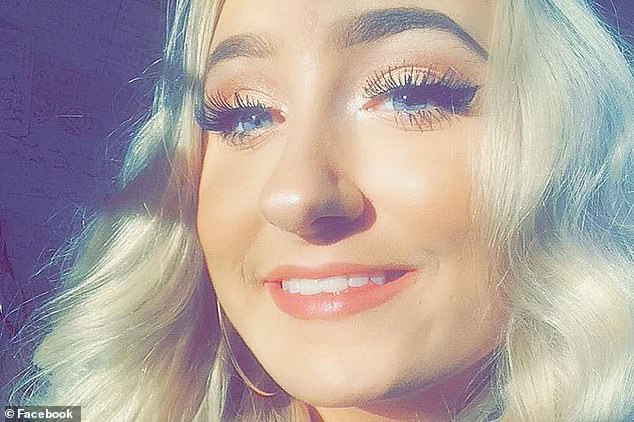 In the early hours of July 18, 2018, Ellesse had told her mother that she loved her. Later that afternoon, she was found dead in her bedroom. A toxicology report found that Ellesse had low levels of cocaine and a prescribed drug called buprenorphine in her system

Mr Parsley then offered his sympathies and condolences to Ellesse’s family.

Ellesse’s father Adam Potter said she was a gentle girl, adding: ‘She would always let her younger sister speak for her. She was a quiet and gentle child but as a teenager she found her voice. She was a naturally beautiful young lady.’

He added that Ellesse’s death was a ‘tremendous heartache’.

‘Ellesse was a very social girl and loved nothing more than chatting to her friends and meeting up with them to have fun,’ he said.

‘She loved her pet dogs and all animals. Unfortunately Ellesse missed her prom, but if she had been there she would have been the most beautiful belle.

‘It has been a tremendous heartache for all the family losing Ellesse especially in such an untimely and tragic way.

‘Not a day goes by that she is not thought of.’