Origin of the Species: Eighty gestures are decoded as scientists discover that chimpanzees have a secret language

They are man’s closest relatives but until now it has mainly been a mystery how they communicate.

Now scientists believe they may have cracked the secret language of chimpanzees by decoding 80 distinctive gestures.

In the body movements, raising an arm means ‘Come here’ and a quick scratch is the sign for ‘Let’s go’.

Around 99 per cent of chimp DNA is the same as that of humans. UK primatologist Dr Cat Hobaiter, 39, has spent 13 years studying chimpanzees in Uganda and is thought to be the first person to fully understand the meaning of their gestures. 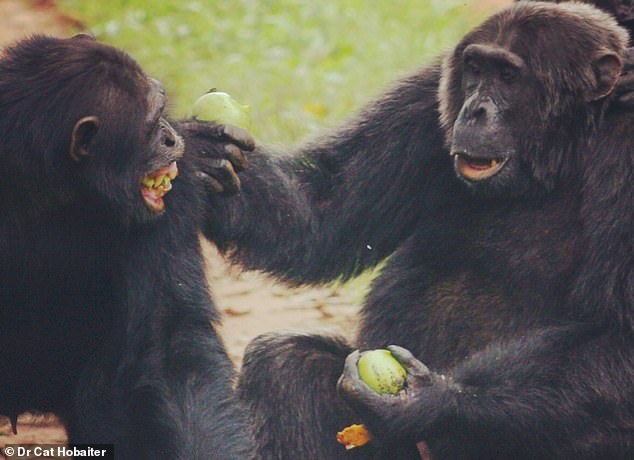 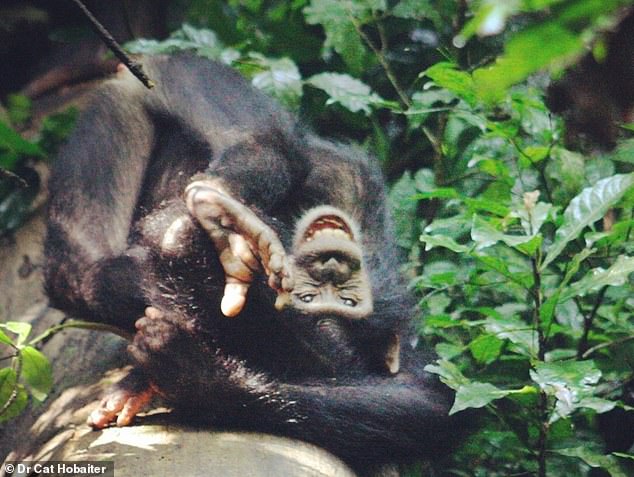 In chimp language, a touch and kiss can mean ‘Let’s be friends’ while rolling over indicates ‘Let’s play’ and a raised rear foot signifies ‘Climb on board’.

Dr Hobaiter, who appears in the series Primates on BBC1, told the Mail: ‘Gestures – like words – can have more than one meaning and can be combined with other gestures.

The combination of two gestures – for instance the arm raise [which means come closer/come here] and other gestures [arm scratches] mean ‘Let’s travel’.

She added: ‘In the programme we see a mum asking her son to come down a tree to travel and because her son is far away the mum is likely saying ‘Come here, so we can travel’.’

Dr Hobaiter, who lectures at St Andrews University for six months of the year, said the hardest gesture to decode was ‘Stop’.

She explained: ‘Some of the gestures mean ‘Stop that!’. Saying ‘Stop’ is a really hard one for us to decode because the signaller could be asking the recipient to stop doing all sorts of things. 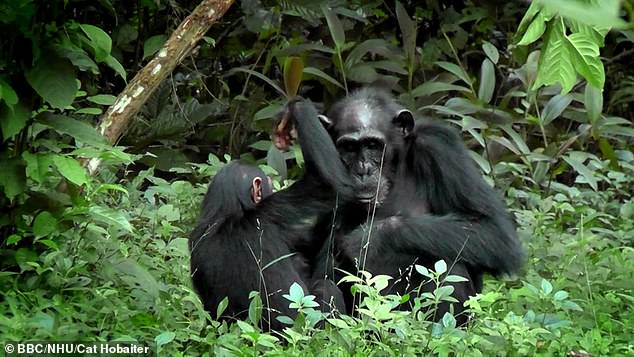 According to Dr Hobaiter, who is thought to be the first person to fully understand the meaning of their gestures, says this arm raise gesture meaning ‘let’s travel’ 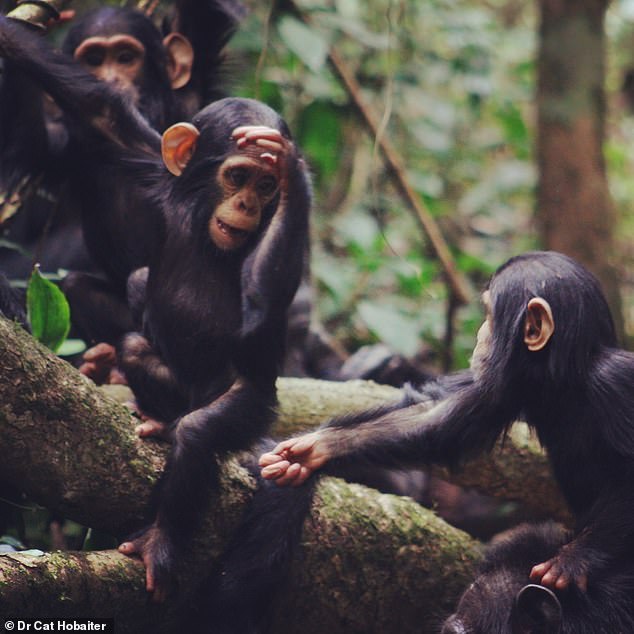 ‘There’s so much variation there in the behaviour that it actually took us a while to work out what was going on.

‘Chimps actually have quite a few different gestures which they all use to say ‘stop’.’

Dr Hobaiter said she was going to look into different ape groups across Africa, including gorillas, to work out if there is any ‘analogy to other accents or other dialects’.

Primates continues on BBC1 on Sunday at 8.15pm.