The 69-year-old TalkTV host shared an article about the fire — in which one person died and two were injured — and said the singer who performs under the stage name ARO (pronounced “arrow”) was one of the “lucky two” who make it to safety.

“Today my daughter @aro_officialmusic was working in a recording studio at this building with her producer,” Sharon wrote, referring to the industrial building located at 6600 W. Lexington Ave, which is home to several recording studios. “They are the lucky two that made it out alive. It is utterly heartbreaking that someone lost their life today in this fire & we are sending our prayers to this person & their family. What happened today was beyond horrific.”

The fire — which broke at just before 6 p.m. PT and took 51 minutes to put out with a force of 78 firefighters — started on the first floor, where the male victim was found deceased, and spread to the second. The building was not fully occupied when the fire started, the Los Angles Times reported.

The blaze was especially challenging because many of the recording studios had thick soundproofing, meaning extra insulation and additional drywall, according to the outlet. Further, because it was an old building, likely from the 1920s, it was exempt from modern fire sprinkler requirements, per CBS News.

“I really hope moving forward that buildings like this are better regulated for fire safety,” Sharon wrote. “This building was a creative hub for music in Hollywood, a space that should have been regulated for fire code. Producers, musicians, mixers & artists also lost all of their equipment. Once again, our prayers go out to the family and friends of the person that lost their life to this senseless fire.” 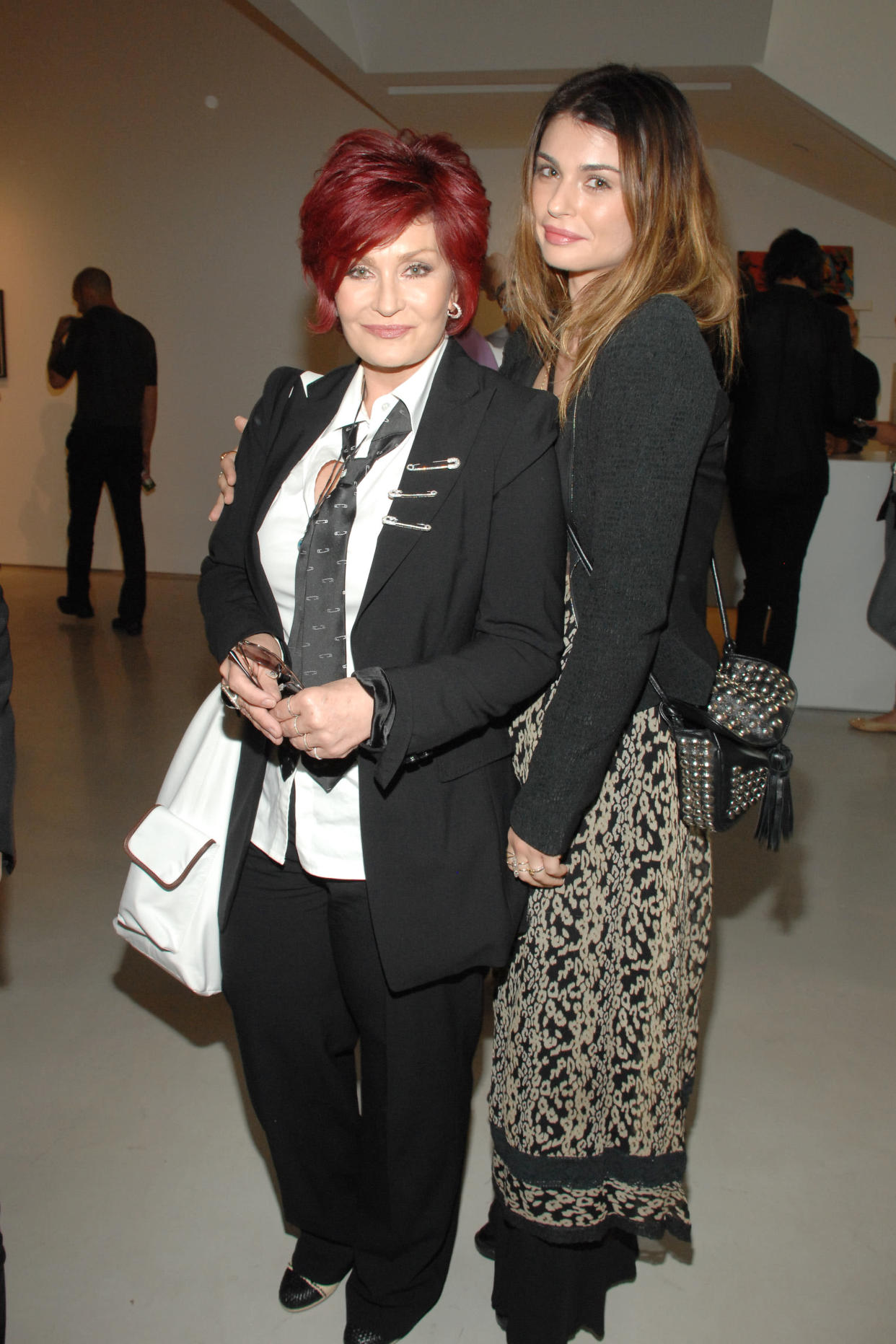 Sharon did not share specific details on Aimee’s health. However, the LAFD said two people with respiratory symptoms related to smoke exposure were evaluated from the building but declined hospitalization.

Aimée largely avoided the spotlight when she was younger by declining participation in her family’s eponymous MTV reality show in the early aughts. She’s since stepped into the spotlight on her own terms, via her music career. Her most recent single, “Against Mine,” came out last month.

In 2021, her sister Kelly, who is often in the spotlight, most recently for her pregnancy news, said she and Aimée don’t speak.