Shocking moment driver, 24, uses her car 'as a weapon' to hit mother

Shocking moment driver, 24, uses her Vauxhall Corsa ‘as a weapon’ to plough into mother-of-three, 25, from behind minutes after pulling knife in row over a man – as she’s jailed for three years

A driver caught on CCTV using her ‘car as a weapon’ has been jailed for three years in prison – after ploughing into a mother-of-three over a row about a boyfriend.

Ellemae Fitzgerald, 25, was chatting obliviously on her phone when Bonnie McGuire, 24, powered into her in her silver Vauxhall Corsa.

She was carried trapped on the bonnet for 65 feet before she was thrown off unconscious onto the ground in Leeds, West Yorkshire.

Incredibly she suffered only minor injuries despite the violence shown in the disturbing footage. 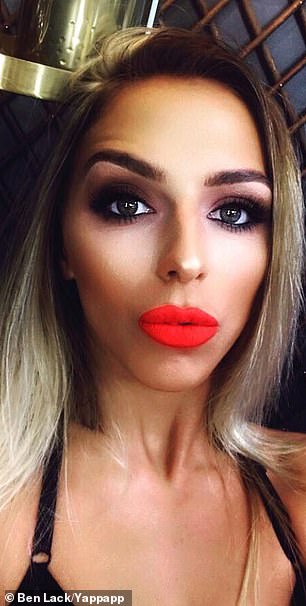 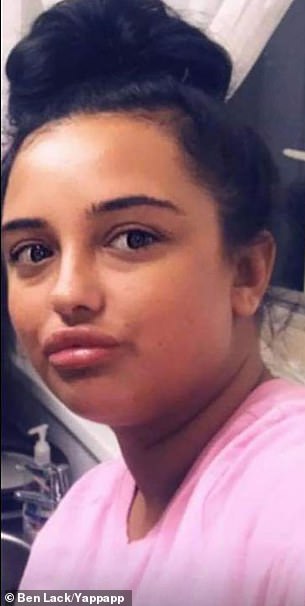 Yesterday Mcguire was sentenced to over three years behind bars at Leeds Crown Court after admitting attempting to drive dangerously with the intention of causing serious injury.

Jailing McGuire for 38 months Judge Tom Bayliss QC told her that she used her car as a weapon.

He said: ‘You knew perfectly well what you were doing and knew you could have caused her very significant injury.

“It was quite remarkable that she didn’t suffer serious injury.’

The court heard  McGuire had been out on a night out at Gipton Working Men’s Social Club on November 22 last year, when she gave a lift to one of Miss Fitzgerald’s friend’s ex-boyfriends.

Later at a nearby convenience store she was confronted by his former partner as well as Miss Fitzgerald and another female.

Prosecutor Chris Smith said McGuire pulled out a knife and then drove off. 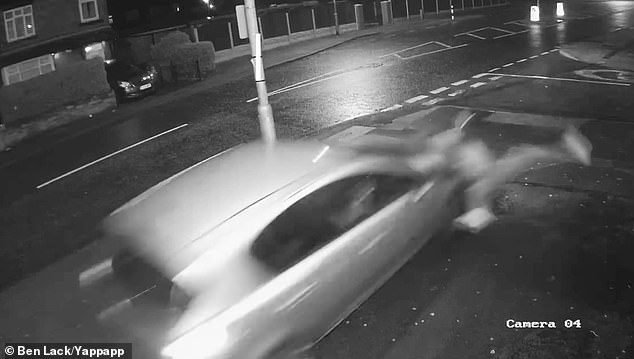 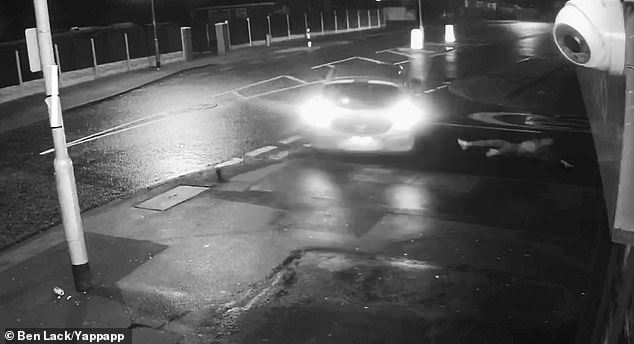 He said: “The vehicle drove a short distance up the road before doing a U-turn and came back at high speed and with the engine revving hard.

“Ellemae Fitzgerald was on the telephone with her back to the car, unaware what was going on behind her.

“The Corsa steered towards the pavement before mounting the pavement at speed. Her friends jumped out of the way but Ellemae Fitzgerald was struck squarely from behind.”

McGuire, who appeared via video link from New Hall Prison, heard how Miss Fitzgerald was only thrown clear when the defendant steered back into the road. 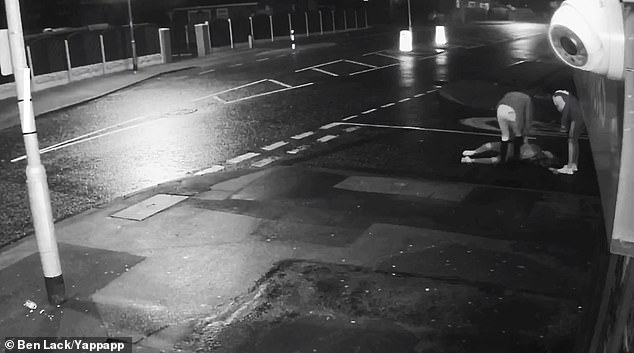 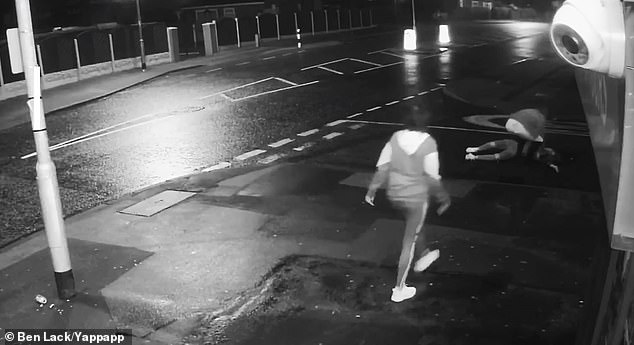 She drove off and was arrested a week later after police found the car parked up with damage to its bonnet and windscreen.

McGuire denied being the driver, but all three friends picked her out from an ID parade.

At first she was arrested for attempted murder but finally pleaded guilty to attempting to drive dangerously with the intention of causing serious injury.

She also admitted another offence of causing actual bodily harm on another woman after slashing her victim’s forehead with a pen knife.

“It is only extreme good luck that she has been left without the sort of very serious injuries,” said Mr Smith.

As well as the jail term McGuire is banned from driving for four years and one month.

She also admitted another offence of causing actual bodily harm on another woman after slashing her victim’s forehead with a pen knife.