THIS is the shocking moment a groom shattered his spine during his own wedding when his pals accidentally dropped him on his head.

The horrific incident happened last week in Bihor County in north-western Romania, when the wedding guests tossed the groom into the air and failed to catch him. 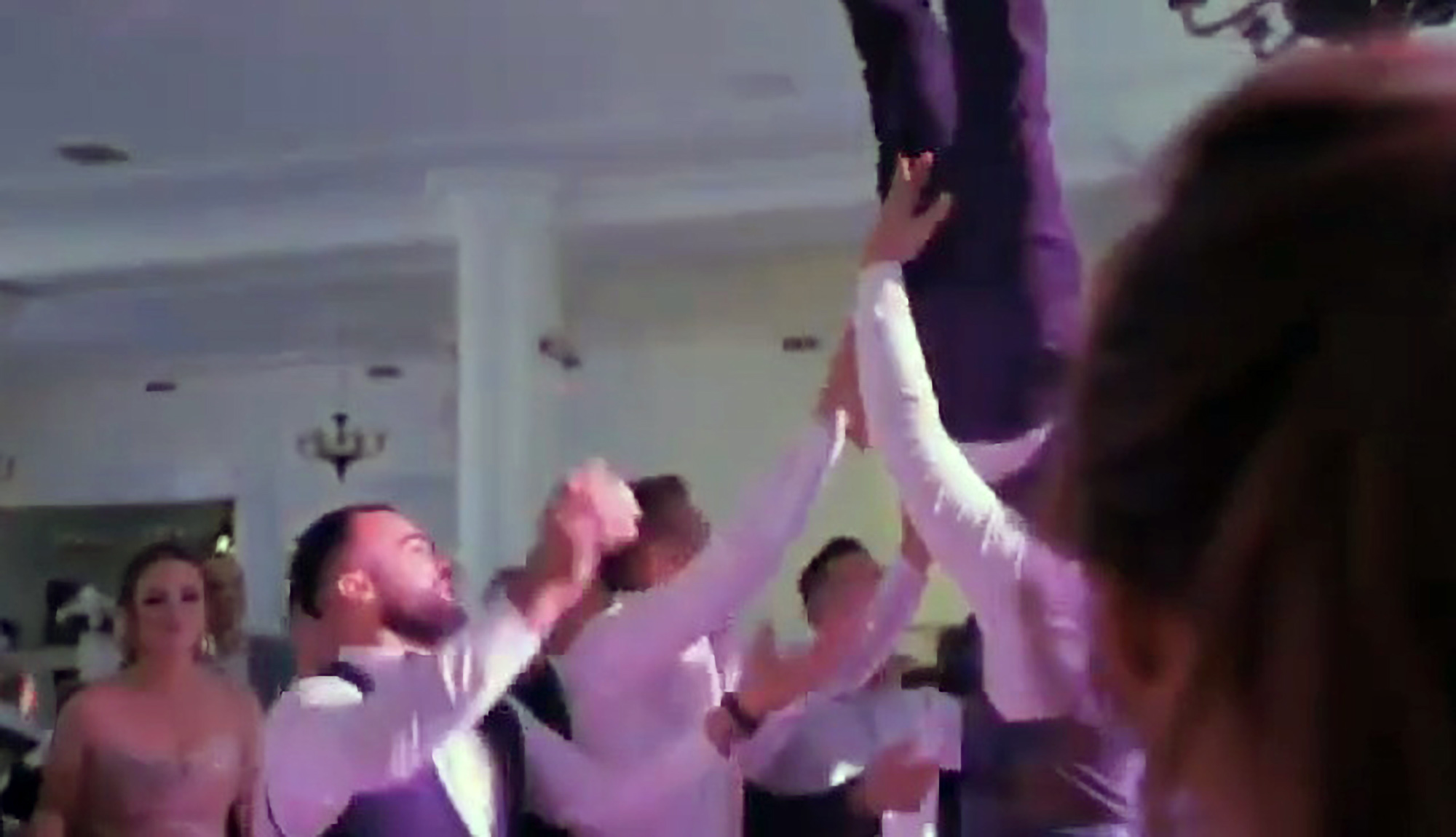 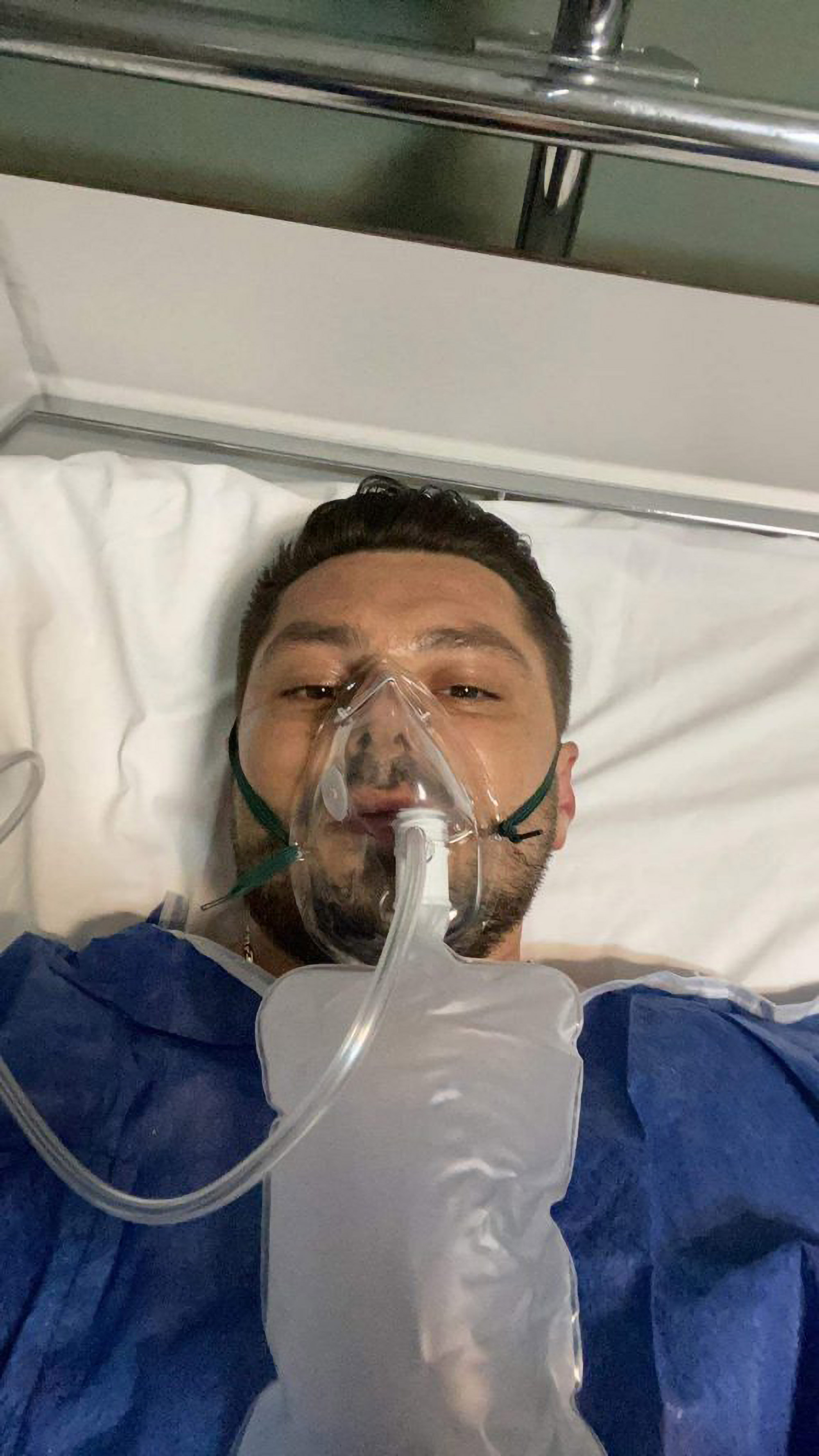 Footage shows the moment a group of friends decided to pick up the groom who was on the dancefloor with his bride in the Castello event hall in the Baile Felix resort.

They were able to catch him on the first toss but failed to do so in the second as the man can be seen in an almost upside-down position.

The 31-year-old groom ended up landing on the ground head-first, fracturing his spine.

According to local reports his friends made matters worse by picking the man up and placing him on a chair before paramedics had arrived.

"I should not have been moved when I was lying on the floor," the groom said later, according to Bihorjust.

The wedding reception reportedly continued after the groom was taken to hospital with the bride and both families keeping the guests entertained.

After being taken to hospital, Dr Lucia Daina told local media: "The patient fractured his spine. His progress is looking slightly favourable.

"He is hospitalised in the neurosurgery ward and next week he will undergo further tests."

The young man has not ruled out suing the guests for causing his injury, saying from his hospital bed: "I have contacted a lawyer, but I’m still considering what I will do." 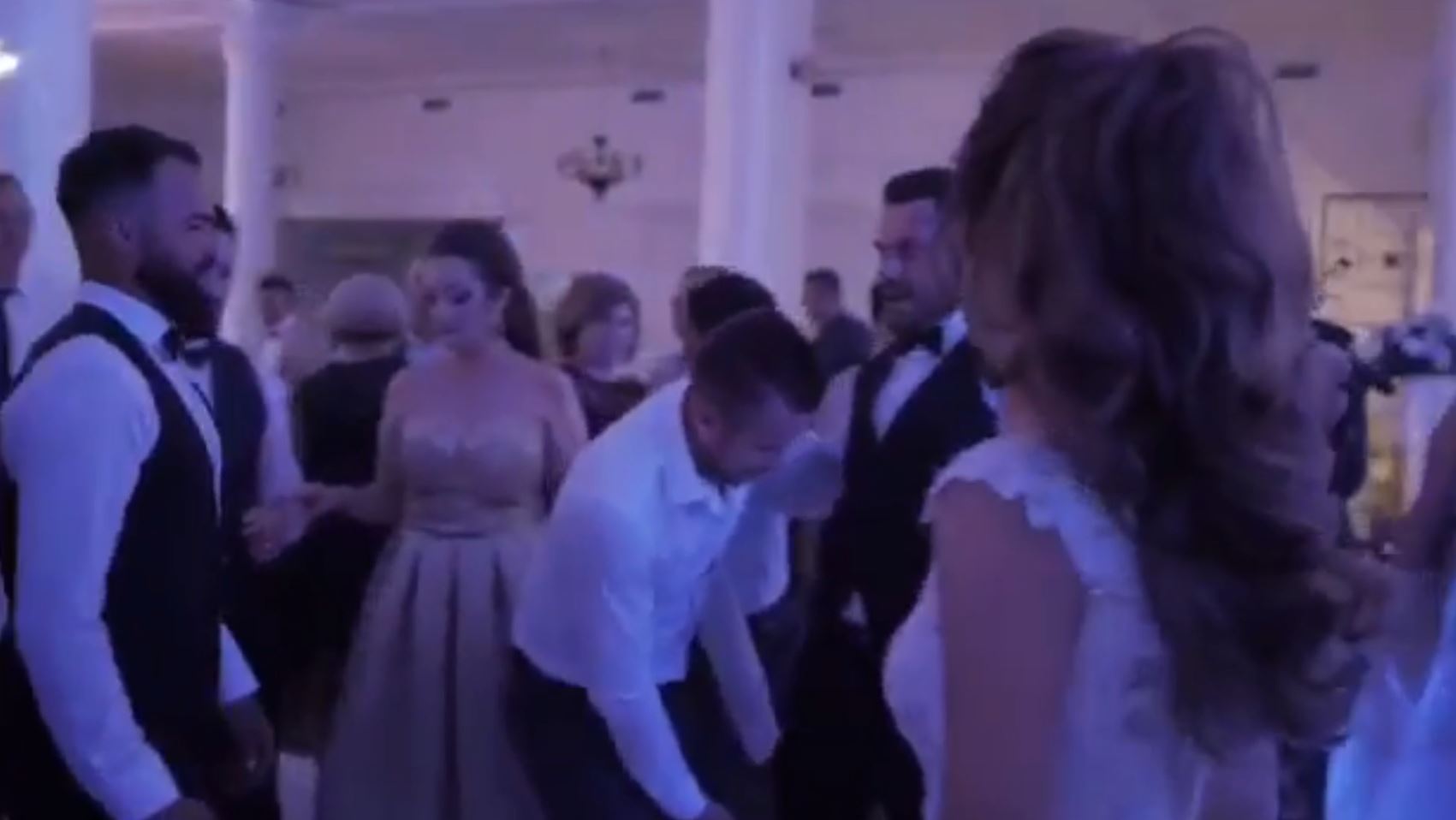 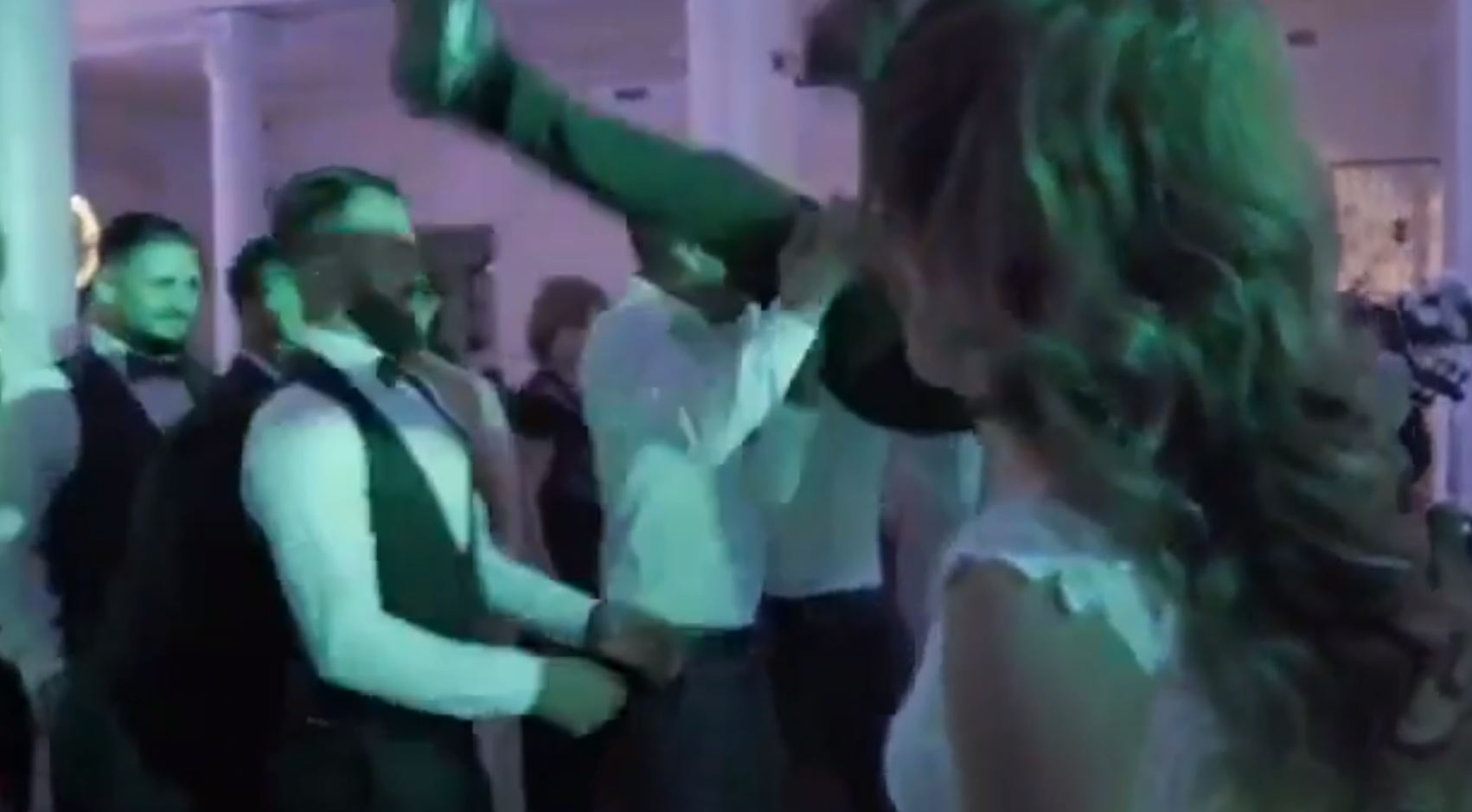 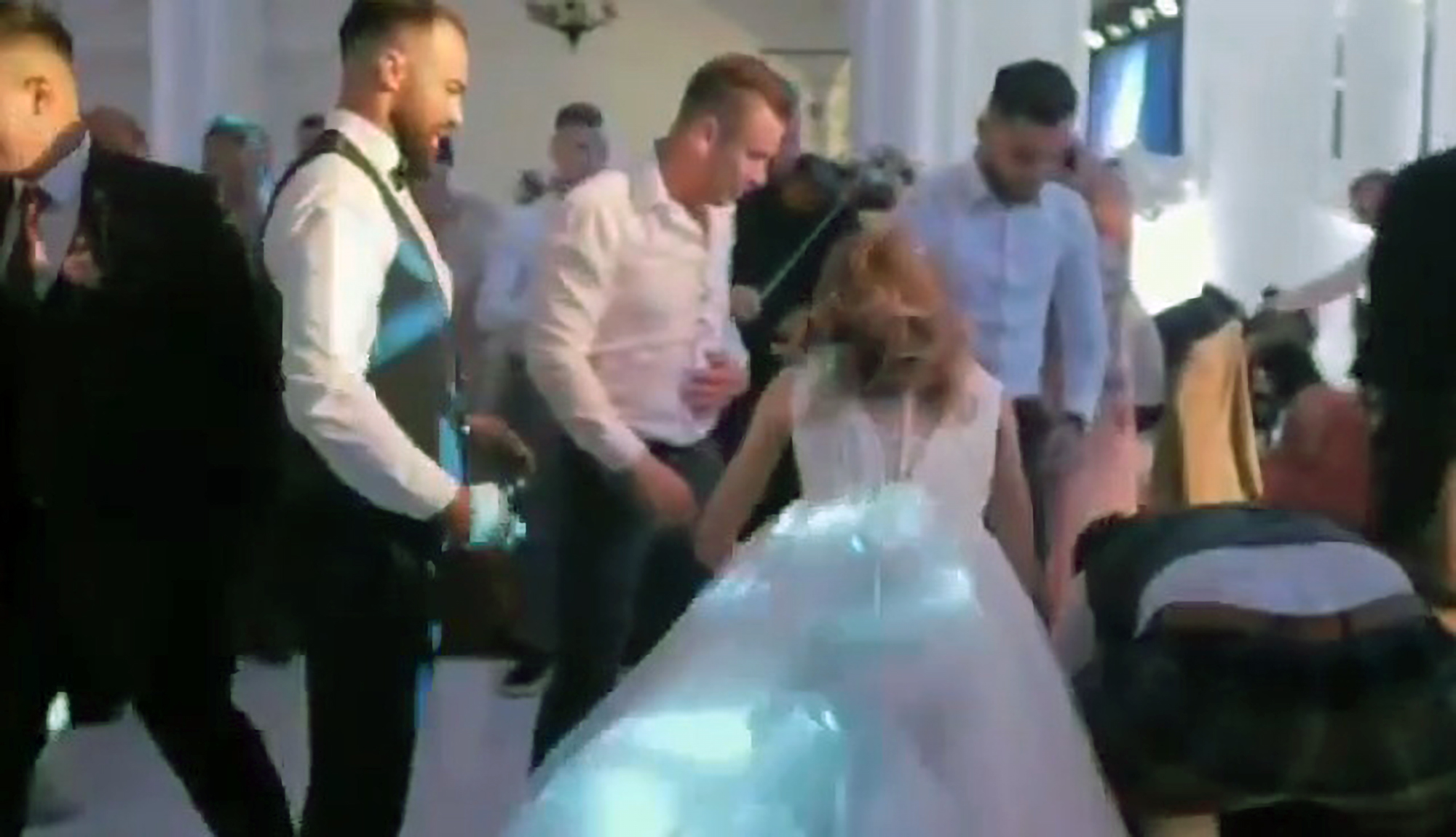