SHOCKING pictures show an emaciated dog that was tied up and left to die by its owner.

Fiona was found in a flat in the city of Wavre in central Belgium weighing just 15 lbs, a third of its normal weight. 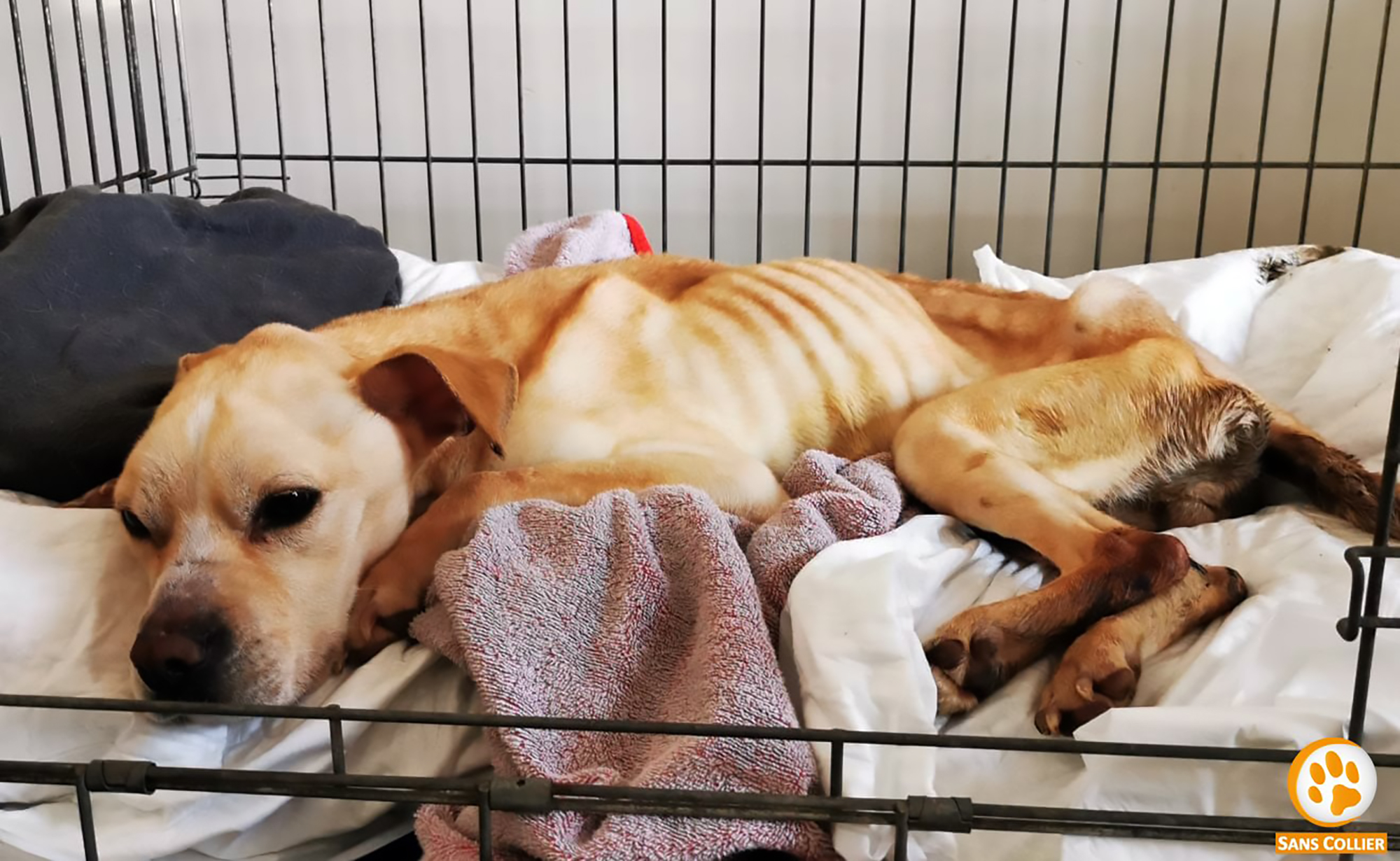 The five-year-old was rescued by the Sans Collier dog shelter, who said she had been "deprived of food and tied to a stair railing for several weeks".

The shelter had initially placed the dog with its owner and said it is carrying out an investigation to prevent a similar situation occurring again.

The dog was reportedly in the empty flat in its own excrement, in a state of hunger and "an advanced state of dehydration".

The dog's owner, who has not been named, reportedly told the rescuers that Fiona had stopped eating after "a fight with a dog" and that he had been planning to take her to the vet.

The shelter now reportedly plans to file a lawsuit and civil action against the owner.

They said they had received a complaint from a local resident about the dog which allowed them to go and seize it.

Sans Collier said that after initially fearing for the dog's life “Fiona is slowly recovering” and “her chances are increasing day by day”.

“So it's a #failure for the shelter, even if human nature alone is responsible for the situation.

They said on social media: "It's difficult because this is a dog placed by us several years ago and whose inspection had been very positive at the time.

"In the last 10 years we can count the number of failures like this on our hands compared to moving over 12,000 successful animals to a new home." 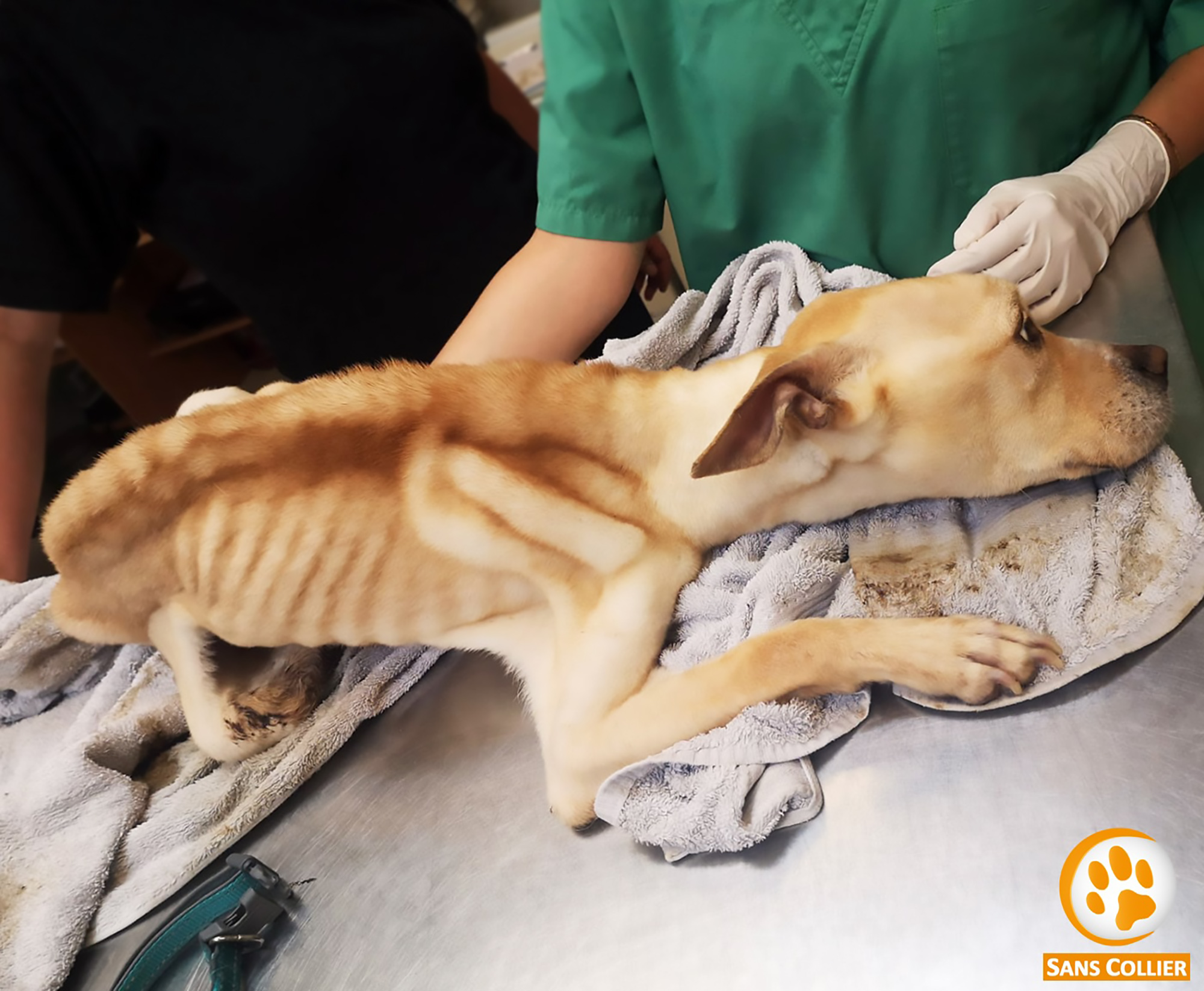 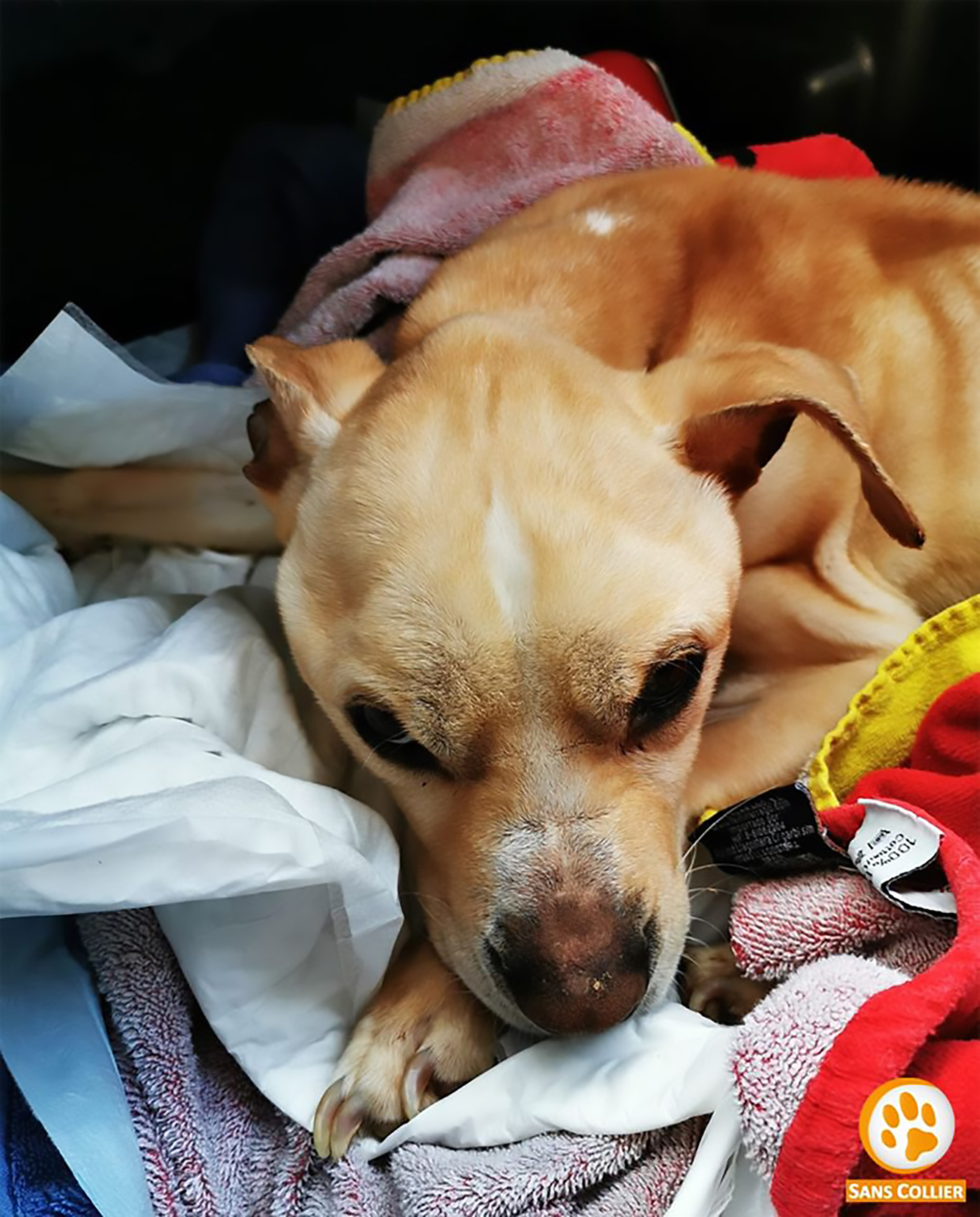