Mlangen was the last remaining survivor of the historic 1963-64 Rivonia Trial, which sentenced activists including Mandela to life imprisonment.

He spent more than a quarter of a century imprisoned on Cape Town’s notorious Robben Island before his release in 1989.

Mlangen was admitted to a military hospital in the capital Pretoria on Tuesday with an abdominal complaint before the presidency announced his death earlier today. 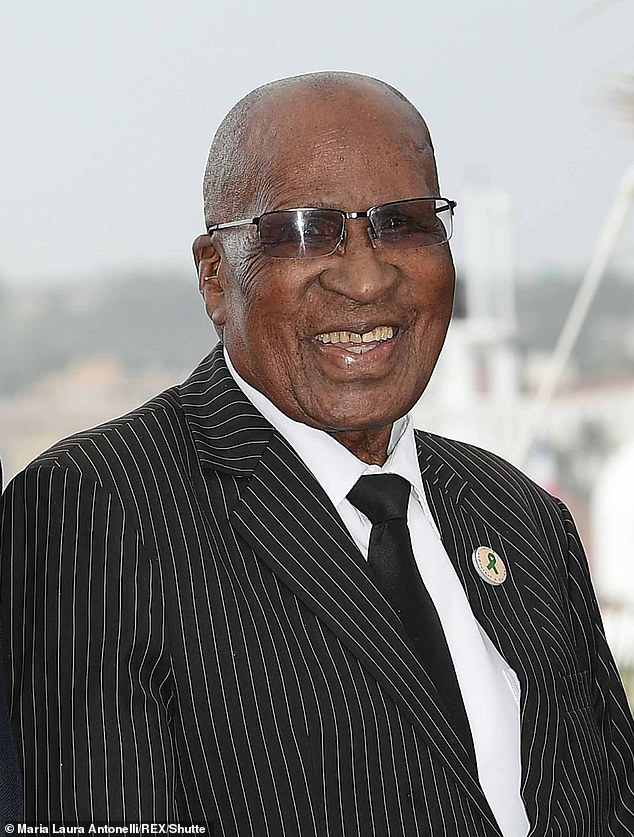 In a tweet, he wrote: ‘President Cyril Ramaphosa has learnt with deep sadness of the passing away overnight of the last remaining Rivonia Trialist.’

His death ‘signifies the end of a generational history and places our future squarely in our hands,’ he declared.

Mlangeni was born in the Johannesburg township of Soweto before he joined the youth wing of the African National Congress (ANC) in the early 1950s.

By the 1960s, he was among the first groups of liberation fighters to be sent outside of South Africa for military training.

But when he returned two years later, he was arrested. 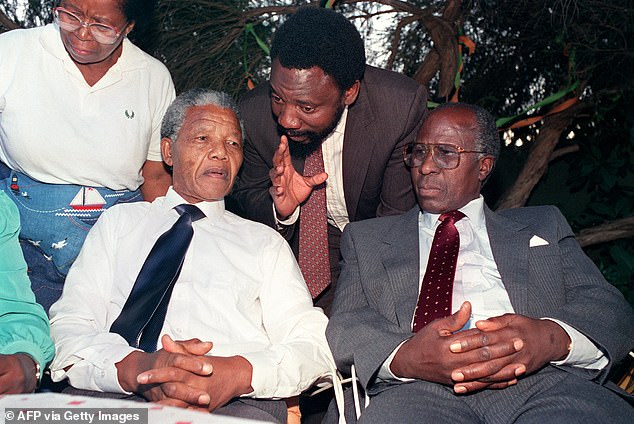 The eight-month Rivonia Trial (1963-64), named after the Johannesburg suburb where the ANC leaders were arrested, brought the struggle against apartheid to world attention.

Expecting to be sentenced to death, Nelson Mandela declared in a three-hour speech from the dock that freedom was ‘an ideal for which I am prepared to die’.

Instead, Mandela and Mlangeni, along with fellow leaders Ahmed Kathrada and Dennis Goldberg, were sentenced to life imprisonment.

Mlangeni served 26 years behind bars before his release. 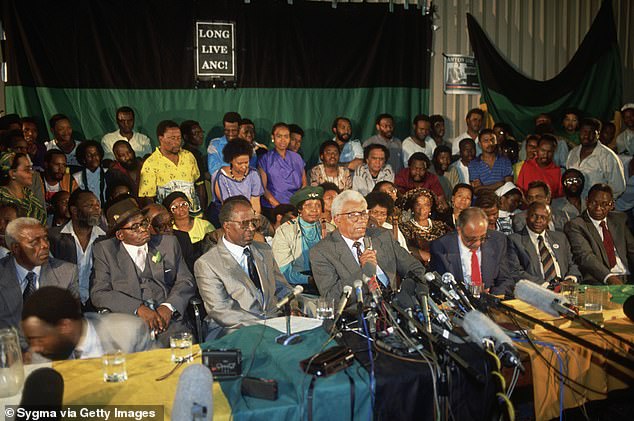 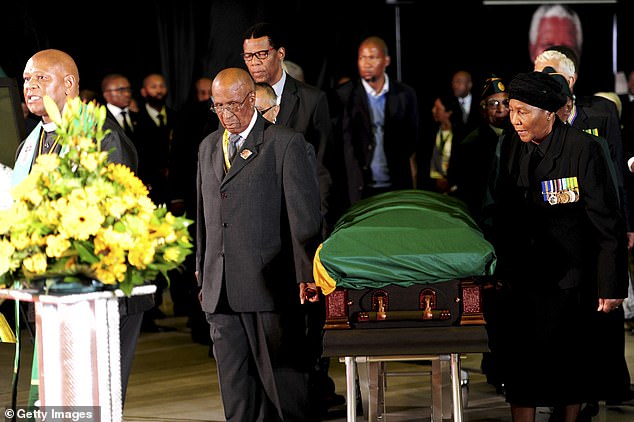 With the advent of democracy, Mlangeni served as a member of parliament under the now-ruling ANC from 1994 to 1999.

He was awarded the Isithwalandwe Seaparankwe, the ANC’s highest honour, in 1992.

Seven years later, he received the Presidential Order for meritorious service, which was awarded to him directly from Mandela.

Among recognition abroad, Mlangeni was honoured with the freedom of the City of London in 2018. 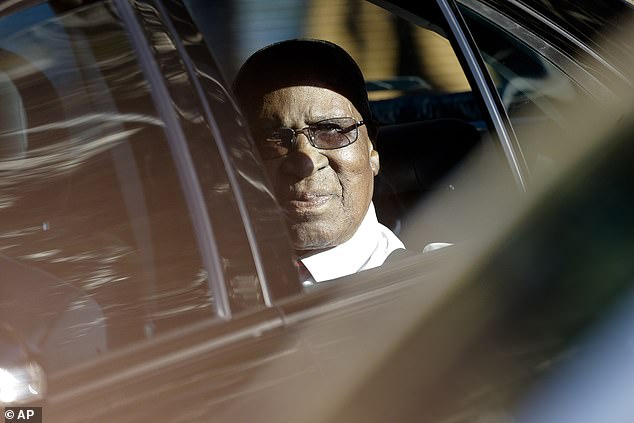 The liberation icon lost his wife June, with whom he had four children, in 2001.

The ANC described him as one of the most outstanding fighters and humble servants in the fight for freedom.

‘Death has robbed the people of South Africa of one of its finest sons, who valued the freedom of his people more than his own life and personal comfort,’ the ANC said.