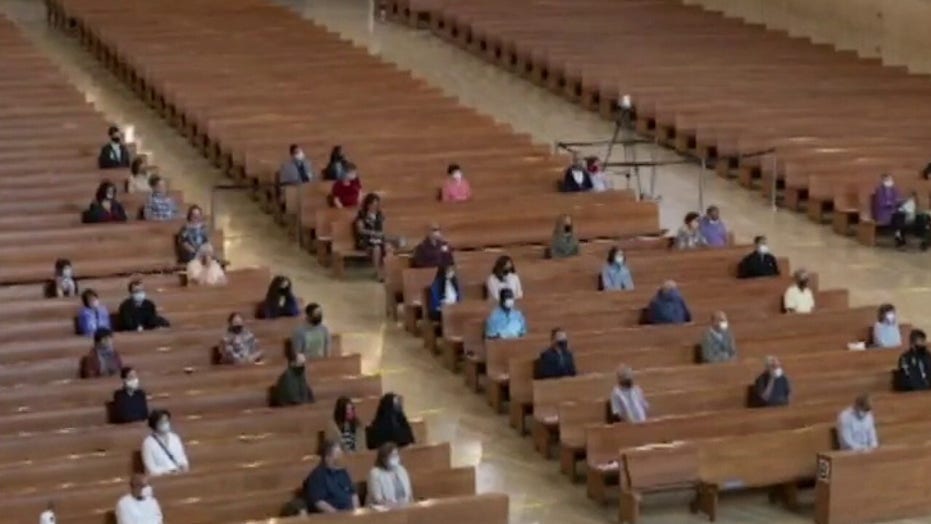 COVID update: Constitutional clash over reopening churches; monitoring spread of pandemic across US

The government said it did not take the decision lightly, but felt the restrictions were necessary after nine straight days of triple-digit increases in infections.

Korea hit its peak of new infections in March, when there were up to 600 new cases a day. On Saturday, the government recorded 332 cases. 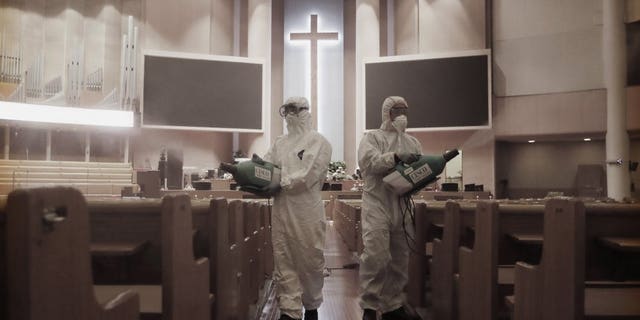 Public officials disinfect pews as a precaution against the coronavirus at the Yoido Full Gospel Church in Seoul, South Korea, Friday, Aug. 21, 2020. South Korea’s Centers for Disease Control and Prevention on Friday reported new infections from practically all major cities nationwide, including Busan, Gwangju, Daejeon, Sejong and Daegu, a southeastern city that was the epicenter of a massive outbreak in late February and March. (AP Photo/Ahn Young-joon)

“We are now in a very dangerous situation that could trigger a massive nationwide spread of COVID-19,” Park said.

Most of the cases appear to be originating in the capital city of Seoul, but infections have been reported in most major cities and towns. The new measures will take effect Sunday, with local governments given flexibility on how best to enforce the rules.

Korea Centers for Disease Control Director Jeong Eun-kyeong urged the country to impose “Level 3” restrictions — effectively a near-total lockdown, with limits on gatherings to no more than 10 people, school closures and a full return to working from home for all businesses.

Yoon Taeho, a senior Health Ministry official, said the government will review the effect of the current restrictions before deciding whether to take more drastic action.