SUN lovers flocked outside yesterday on one of the warmest April days ever — with spring set to be a scorcher.

Parks and seaside townswere busy — despite lockdown — with a highof 24.3C (75.7F) in Herstmonceux, East Sussex. 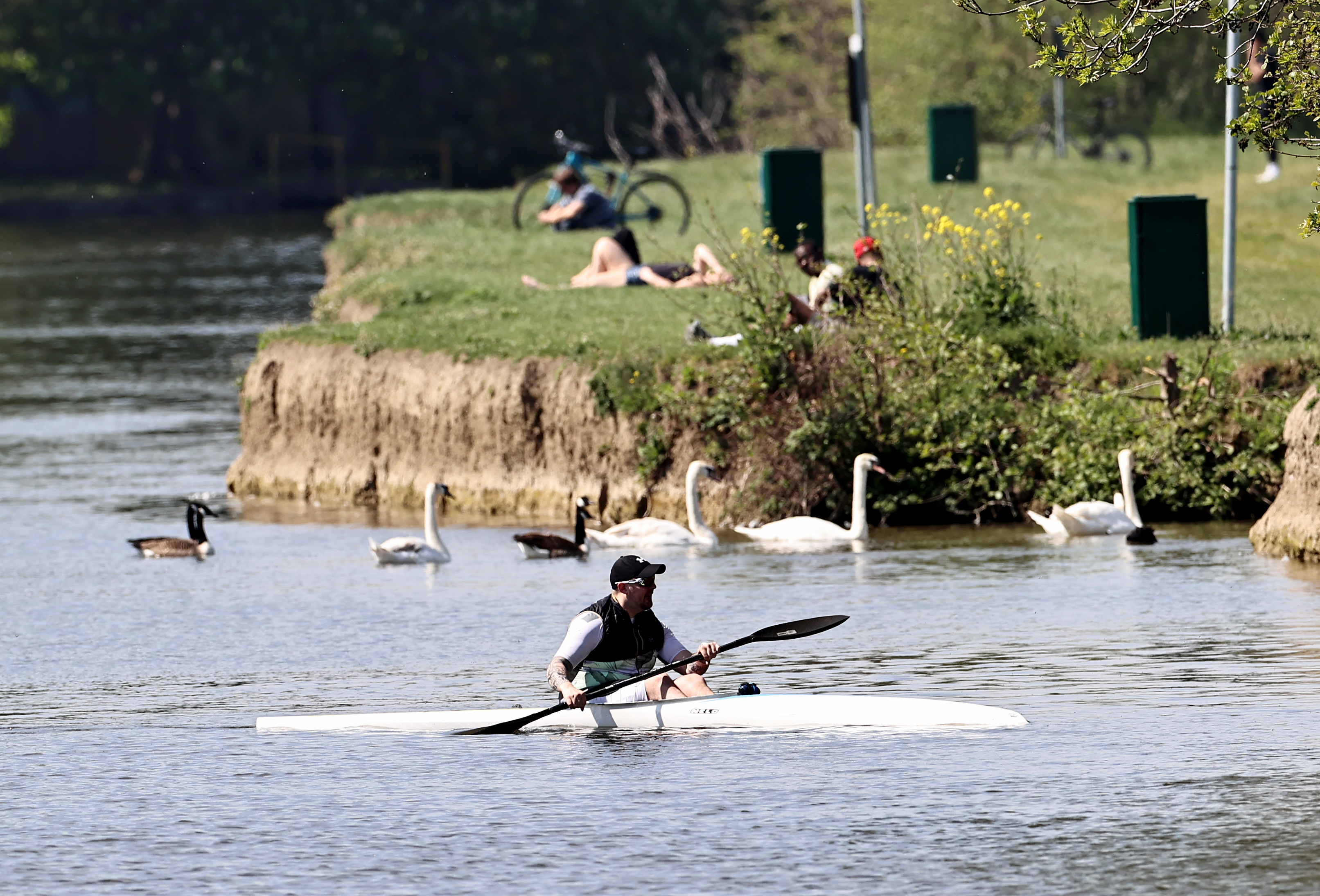 The UK was hotter than Ibiza and Lanzarote, where thetop temperature was 21C (69F).

And the sunshine is set to continue today and into the weekend — with bookies trimming the odds of spring 2020 being the hottest on record.

There were queues at branches of B&Q as barbecue sales soared and supermarkets sold out of burgers and bangers.

Waitrose increased production of its range of barbecue meats by 20 per cent, with sales of rosé wine up by 28 per cent on this time last year.

Sales of British beef quarter pounders have increased 169 per cent this month. Iceland said sales of its own-brand burgers rose by 139 per cent.

Meteorologist Luke Miall said: “We are seeing clear blue skies across the whole country. April has been remarkably warm and remarkably dry.”

Temperatures recorded in April are averaging 2.5C above normal for the month, he said. There has been little rain in some areas since the start of the month, putting us on track for one of the driest Aprils.

It will be fine and dry today with a top temperature of 23C (73.4F), then dry again tomorrow as it reaches 22C (71.6F). There is a chance of showers from the North on Sunday.