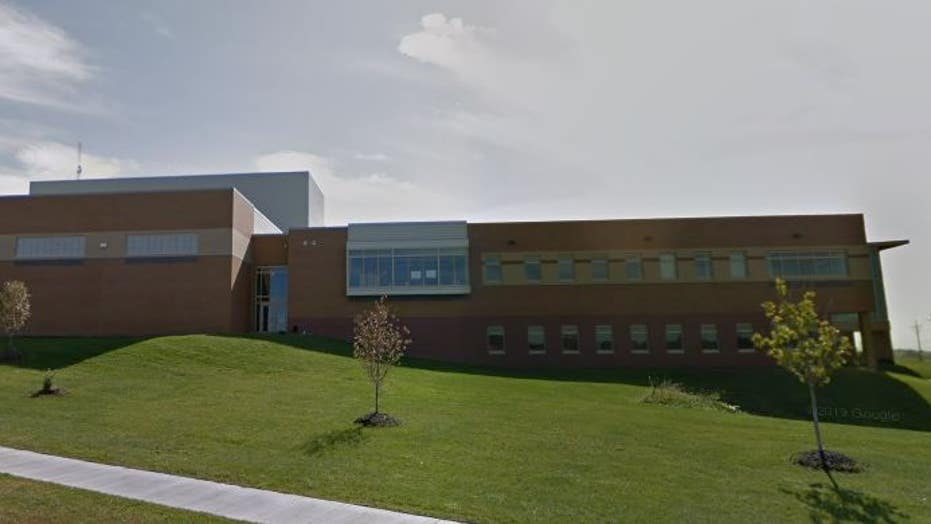 A Nebraska high school is receiving some criticism from parents after a photo emerged online of a group of students holding a Trump flag with the words “World War” painted on their T-shirts, according to a local report.

The photo was taken during an Elkhorn South High School football game in Omaha, WOWT reported.

Erik Christensen, a parent of one a student at the school, told the station he found the photo “intimidating.”

Christensen said he had spoken with school officials on the manner. He said he got up Monday morning, wondering if his step-daughter – who is one of the few Black students – “was going to be okay when she went to school because this is the kind of environment that she was living in.”

The school’s principal, Mark Kalvoda, said the picture was taken out of context. He said students were encouraged to show their patriotism at the game.

He noted that the full message on the students’ T-shirts read: “2X World War Champs” in reference to the United States’ winning of two world wars.

Regarding the pro-Trump flag, Kalvoda told WOWT that political speech is protected.

But Christensen said he doubted whether students would be afforded the same treatment for displaying a “Black Lives Matter” sign at a football game. He pointed out that, whatever the students’ intention might have been, the school should understand how minority students perceive it.

Fox News reached out to Kalvoda with a request for comment.