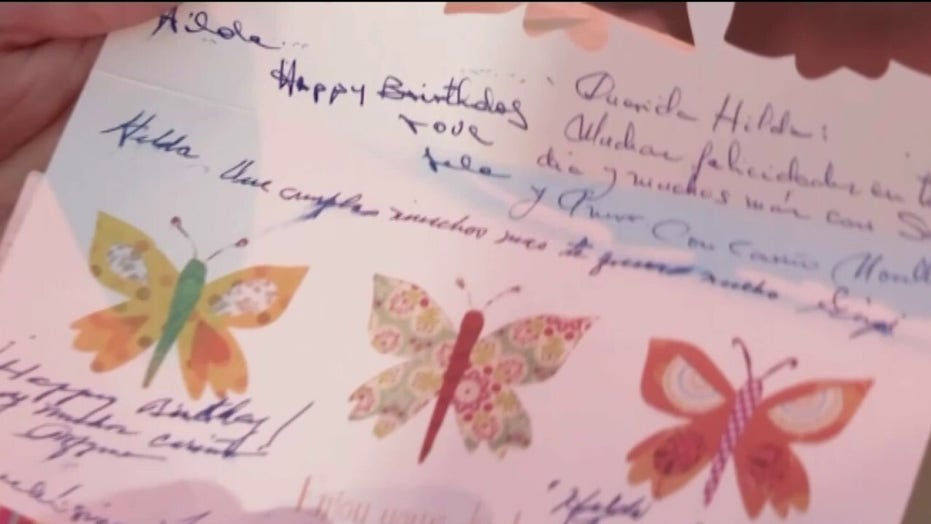 The footage, reportedly shot by a tourist, shows water pouring down underneath Champlain Tower South in Surfside on Thursday shortly before the building pancaked, according to a report by ABC affiliate WLS-TV.

Adrianna Sarmiento told the station she and her husband were swimming in the pool at the nearby Bluegreen Vacations Solara Surfside Resort while on vacation when they heard a loud noise coming from the doomed building.

When they went to investigate they saw the gushing water and began shooting the video on their mobile phone — with the timestamp showing the time to be 1:18 a.m.

Voices on the video are muffled by the wind before the collapse.

When the footage resumes the building is in ruins and rubble and debris litter the ground around it.

Emergency lights can be seen in the background and a man’s voice is heard saying, “Oh my God” — while Sarmiento can be heard weeping.

Officials said Wednesday that 16 people are now confirmed dead in the building collapse and 147 remain unaccounted for, as rescue workers continue to comb through the pile in a desperate search for bodies or possible survivors.