A Taiwanese team taking part in the Le Mans 24-hour race was told to remove the island’s national flag from its car and replace it with its Olympic version before competing.

The team’s owner Morris Chen received a request from organisers to replace Taiwan’s flag before the race started on Monday, according to Taiwan’s Central News Agency.

It came after China’s Tencent decided not to livestream the event because a ‘racing team from Taiwan, China, used the non-Olympic flag on their car hood’, CNA quoted a message posted on Chinese social network Weibo as saying. 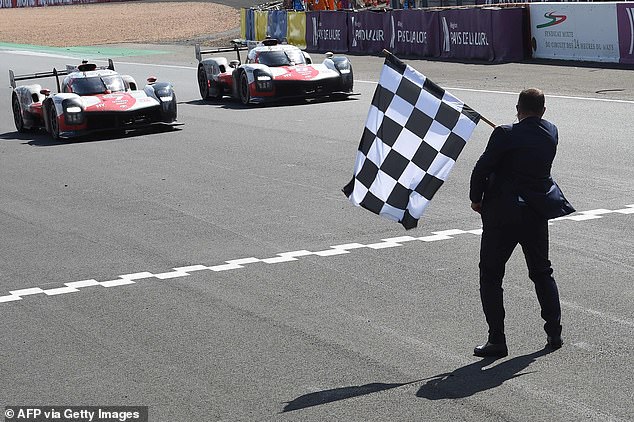 Beijing views democratic Taiwan as its own territory and has vowed to one day seize it, by force if necessary.

It is unwilling to accept any use of Taiwan or its official title, the Republic of China, on the world stage unless it lends the island international legitimacy.

As a result, Taiwan must often compete under the name ‘Chinese Taipei’ and is not allowed to use its flag or national anthem at the Olympics and other sporting events.

International bodies that do not use Beijing’s preferred name risk angering the government and being turfed out of its huge, lucrative market.

The Automobile Club de l’Ouest, which organises the Le Mans race, said it ‘reserves the right to ask competitors to use the IOC (Olympic) banner in order not to open any political debate.’ 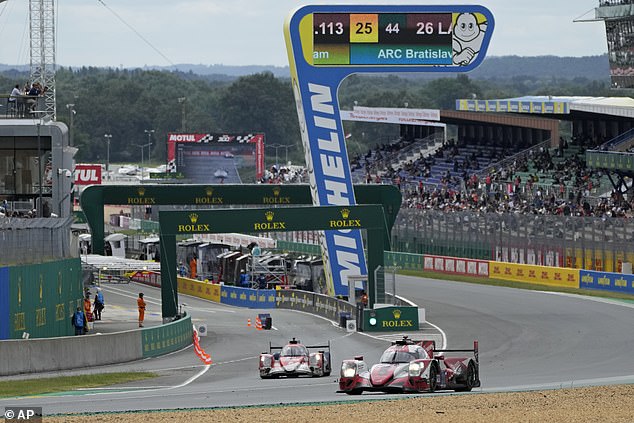 The team’s owner Morris Chen received a request from organisers to replace Taiwan’s flag before the race started on Monday, according to Taiwan’s Central News Agency

‘In perfect agreement with the team concerned, the IOC flag was on the car,’ the club told AFP in a statement.

Pictures the team posted on their Facebook account earlier in the week showed AutoHub’s Porsche with a small Taiwanese flag above the bonnet.

By the time of the weekend race, it had been removed.

Beijing has ramped up diplomatic, military and economic pressure on Taiwan since the 2016 election of President Tsai Ing-wen as she rejects its stance that the island is part of ‘one China’.

It has also pressured a growing number of international companies to refer to Taiwan as Chinese Taipei or ‘Taiwan, China’ in recent years.

Taiwan said earlier this month it had demanded a correction after Venice Film Festival organisers listed two films representing the island as being from ‘Chinese Taipei’, allegedly under pressure from Beijing.

This comes after China threatened to ‘crush’ any US troops stationed on Taiwan earlier this month. 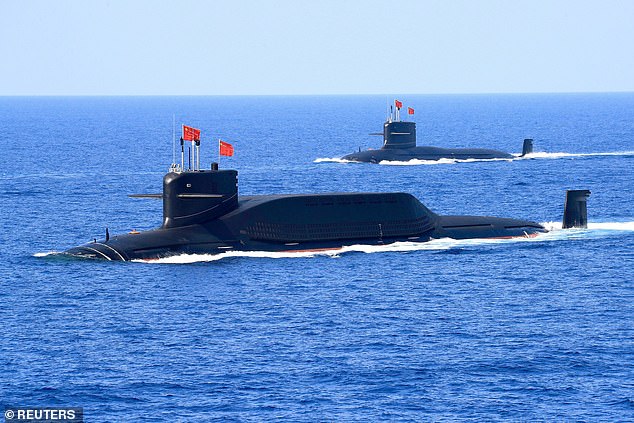 An editorial in the regime-backed Global Times lashed out at a since-deleted tweet by Senator John Cornyn which erroneously stated there were 30,000 American soldiers stationed in Taiwan.

The bombastic propaganda article said that if Sen. Cornyn’s claim was true this ‘is equivalent to a military invasion and occupation of the Taiwan Province of China. It is an act of declaring war on the People’s Republic of China.’

It added that China would ‘destroy and expel US troops in Taiwan by any means and realize reunification by force.’

Backing up this fiery rhetoric, Beijing dispatched warships and fighter jets for drills off Taiwan on Tuesday in its latest show of strength to Washington.

Although China is the dominant power in east Asia, many of its neighbours like Taiwan and Japan look to the US as their closest military partner. Beijing, therefore, revels in anything which undermines Washington’s credibility.

Chinese state media pumped out the images of desperate Afghans flooding Kabul airport in an effort to flee on Monday as a sign of the chaos prompted by the US retreat.