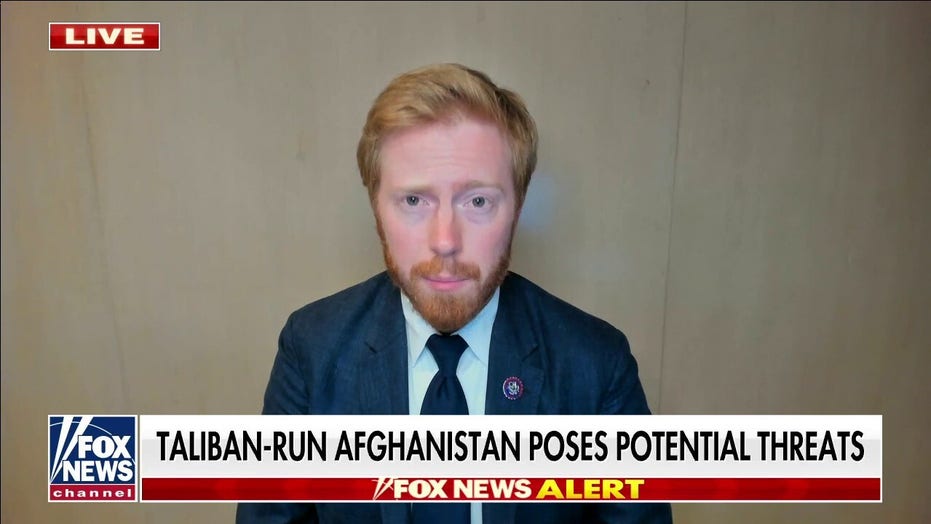 America’s top general said the United States could now face a rise in terrorist threats from a Taliban-run Afghanistan. That warning comes as intelligence agencies charged with anticipating those threats face new questions after the U.S.-backed Afghan military collapsed with shocking speed.

Less than a week after a military assessment predicted Kabul could be surrounded by insurgents in 30 days, the world on Sunday watched stunning scenes of Taliban fighters standing in the Afghan president’s office and crowds of Afghans and foreigners frantically trying to board planes to escape the country.

Gen. Mark Milley, the chairman of the Joint Chiefs of Staff, told senators on a briefing call Sunday that U.S. officials are expected to alter their earlier assessments about the pace of terrorist groups reconstituting in Afghanistan, a person familiar with the matter told The Associated Press. 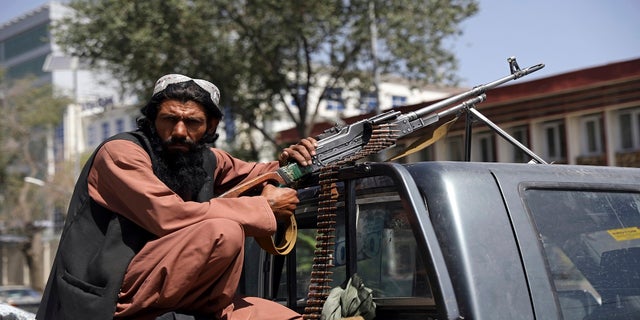 A Taliban fighter sits on the back of a vehicle with a machine gun in front of the main gate leading to the Afghan presidential palace, in Kabul, Afghanistan, on Monday. (AP)
(AP)

In June, the Pentagon’s top leaders said an extremist group like Al Qaeda may be able to regenerate in Afghanistan and pose a threat to the U.S. homeland within two years of the American military’s withdrawal from the country. Two decades after the U.S. invaded Afghanistan because the Taliban harbored Al Qaeda leaders, experts say the Taliban and Al Qaeda remain aligned, and other violent groups could also find safe haven under the new regime.

Based on the evolving situation, officials now believe terror groups like Al Qaeda may be able to grow much faster than expected, according to the person, who had direct knowledge of the briefing but was not authorized to discuss the details of the call publicly and spoke to the AP on condition of anonymity.

The Biden administration officials on the call with senators – among them were Milley, Secretary of State Antony Blinken and Defense Secretary Lloyd Austin — said U.S. intelligence agencies are working on forming a new timeline based on the evolving threats, the person familiar with the matter said.

Current and former intelligence officials on Sunday pushed back against criticism of what was widely seen as a failure by the agencies to anticipate how fast Kabul could fall. One senior intelligence official said that “a rapid Taliban takeover was always a possibility,” adding: “As the Taliban advanced, they ultimately met with little resistance. We have always been clear-eyed that this was possible, and tactical conditions on the ground can often evolve quickly.” The official was not authorized to discuss the matter publicly and spoke on condition of anonymity. 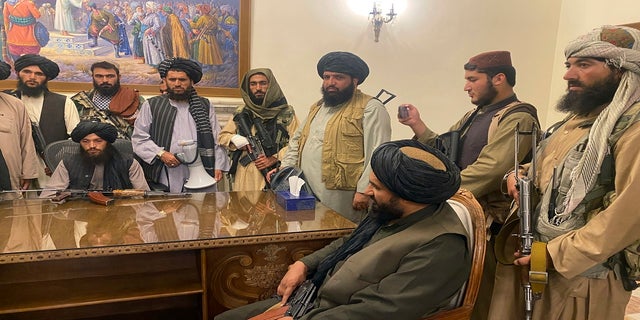 But President Joe Biden didn’t suggest such an outcome at a July 8 news conference, when he said “the likelihood there’s going to be the Taliban overrunning everything and owning the whole country is highly unlikely.”

The reduced U.S. troop presence in Afghanistan — down to 2,500 troops at the end of President Donald Trump’s term — may have hindered intelligence efforts in Afghanistan. Retired Lt. Gen. Robert Ashley, who led the Defense Intelligence Agency until October, said having fewer Americans embedded with Afghan forces meant there was less insight into how those forces would perform.

“It’s very, very difficult to gauge the morale down at the unit level because you’re just not there anymore,” Ashley said. “And I wouldn’t be surprised if Afghan leaders would tell us only what we want to hear anyway.”

Monitoring terrorism threats in Afghanistan will be even more difficult with U.S. troops withdrawing and the Taliban in control. Intelligence agencies in Afghanistan work side by side with troops. Without the same military presence, spies are severely limited in what they can collect about the morale of Afghan troops or support for the Taliban.

“If they leave, which they did, that means we leave as well,” said Marc Polymeropoulos, who held several roles related to Afghanistan during a 26-year career in the CIA. “And that certainly affects our intelligence gathering footprint.” 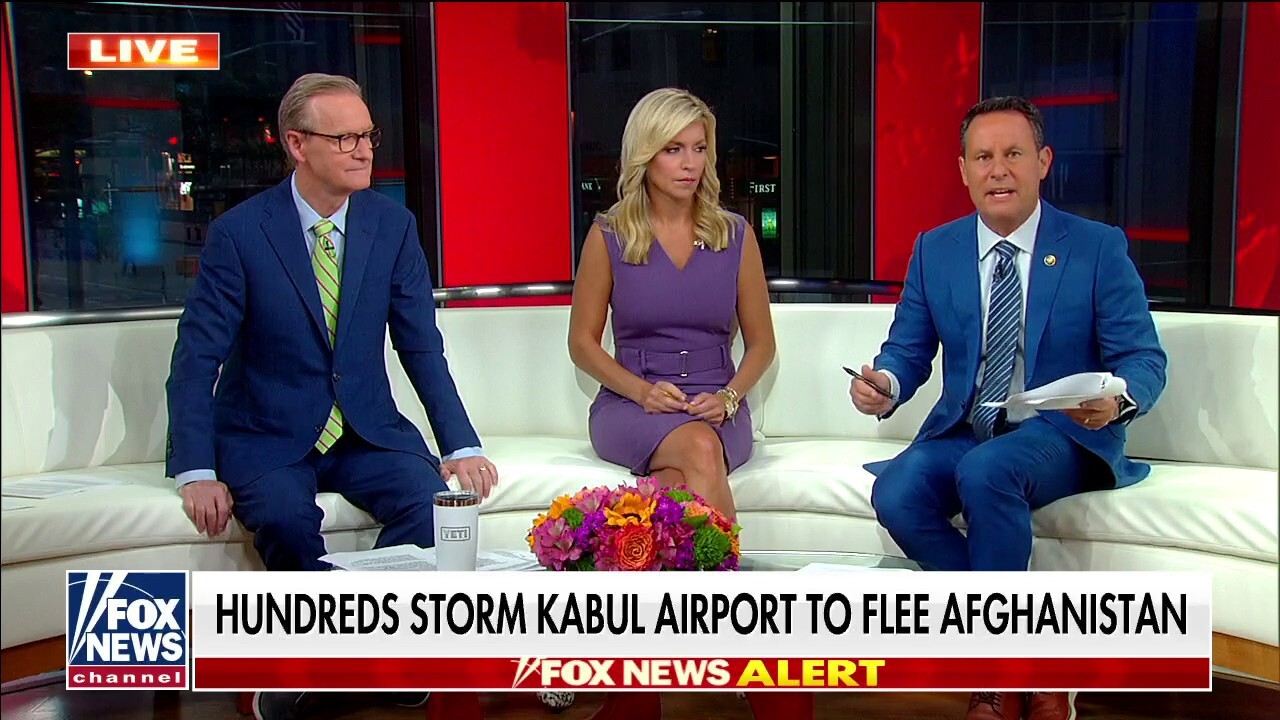 ‘Fox & Friends’ hosts Ainsley Earhardt, Steve Doocy and Brian Kilmeade weigh in as the Taliban quickly seizes control of Afghanistan, with Kilmeade calling the situation the ‘worst planned exit in the history of our country.’

Connecticut Sen. Chris Murphy, a Democratic member of the Senate Foreign Relations Committee, said that once evacuations are settled that “our focus is going to shift” toward intelligence and counterterrorism activities. The U.S. will have to ensure it has the ability to track whether Al Qaeda is reconstituting there, he said in an interview.

“The Taliban has lots of reasons to honor their agreement with the United States and keep Al Qaeda at bay. And our mission now is to put ourselves in a position where we can monitor and verify that that commitment,” he said.

U.S. national security officials also briefed House members and tensions ran high. Republican leader Kevin McCarthy became furious after the administration officials would not confirm that President Ashraf Ghani had left the country, according to a person who participated in the meeting.

“Why are we doing this now?” McCarthy asked.

Ghani flew out of the country as the Taliban insurgents closed in on Sunday and posted on Facebook that he had chosen to leave the country to avert bloodshed in the capital. He did not say where he had gone.

Rep. Michael Waltz, a Florida Republican and Green Beret who served in Afghanistan, sharply criticized the briefing as “a regurgitation of the president’s statement” from Saturday.

Waltz said Austin blamed the Afghan forces’ lack of will to fight, while Blinken cited the deadline set by former President Donald Trump’s administration for an American withdrawal.

“There was no discussion of a path forward except some vague reassurances that they’ll protect the homeland,” Waltz said.