Bloody shell! Terrifying moment deadly octopus almost bites a young girl after it crawled out of an empty shell she picked up on the beach

A man has revealed a child’s terrifying encounter with a deadly blue-ringed octopus after it crawled out of a shell she was carrying.

The man shared a video of the deadly sea creature swimming in a blue bucket to social media on Friday.

He said it was found at the northern end of Balmoral Beach, in Sydney’s North Shore, by a little girl.

The clip showed the octopus swimming in the bucket with sand at the bottom – with the octopus appearing to attempt to climb up the walls of the toy. 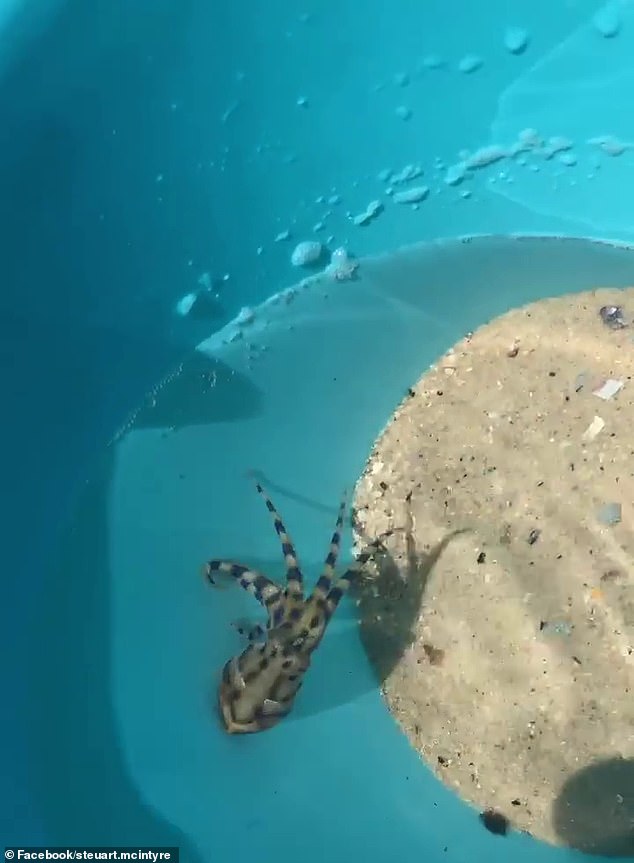 ‘A young girl was swimming and collecting shells and putting the shells in the top of her swimmers,’ the man captioned the video.

‘When she came back to shore and took the shells out… the blue ringed octopus fell out!’

The man said the girl’s mother almost had a ‘heart attack’ after she saw the extremely close call her child had.

He said after the video had been shot he took the blue-ringed to a secluded part of the beach away from swimmers to set it free.

Social media users were shocked by the find.

‘My daughter and her friends found one the other year in the swimming area,’ one social media user said.

Another said: ‘That’s so nice of you to move the little octopus.’ 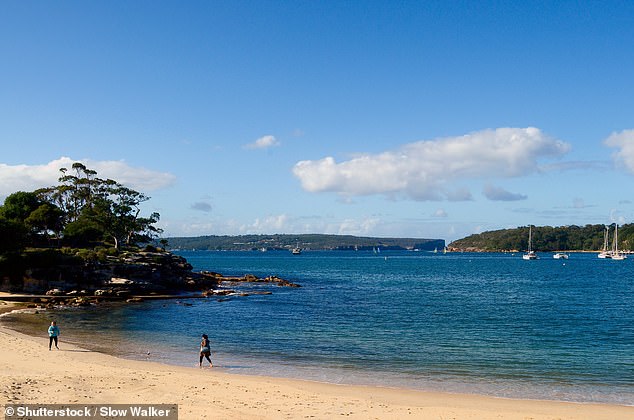 He said it was found at the northern end of Balmoral Beach, in Sydney’s North Shore, by a little girl (stock)

A third said: ‘They seem to be a regular in the rock pools at Balmoral. Best to leave it alone!’

The most common type of blue-ringed octopus found in Sydney is the blue-lined octopus.

It is one of six species of the octopus found in Australia.

Despite its high toxicity there have been just three recorded deaths in the last century – two in Australia and one in Singapore.

END_OF_DOCUMENT_TOKEN_TO_BE_REPLACED

video US continues to be ‘top destination’ for domestic, international travelers: Virtuoso VP Virtuoso Vice President of Global Public Relations Misty Belles says the U.S. and Europe dominated summer travel destinations this year. American Airlines will have new suites and premium seating on two long-haul planes.  In a news release, the airline unveiled the luxury seats that'll be available on […]