HYSTERICAL, bedraggled and bleeding from cuts all over her arm, Joanne Lees flagged down a truck on a lonely stretch of highway in the Australian outback and sobbing with relief, began to tell the driver her horror story.

The 27-year-old backpacker claimed she and boyfriend Peter Falconio, 29, both from West Yorkshire, had been attacked after their camper van was stopped by a truck, on July 14, 2001, in the dead of night. 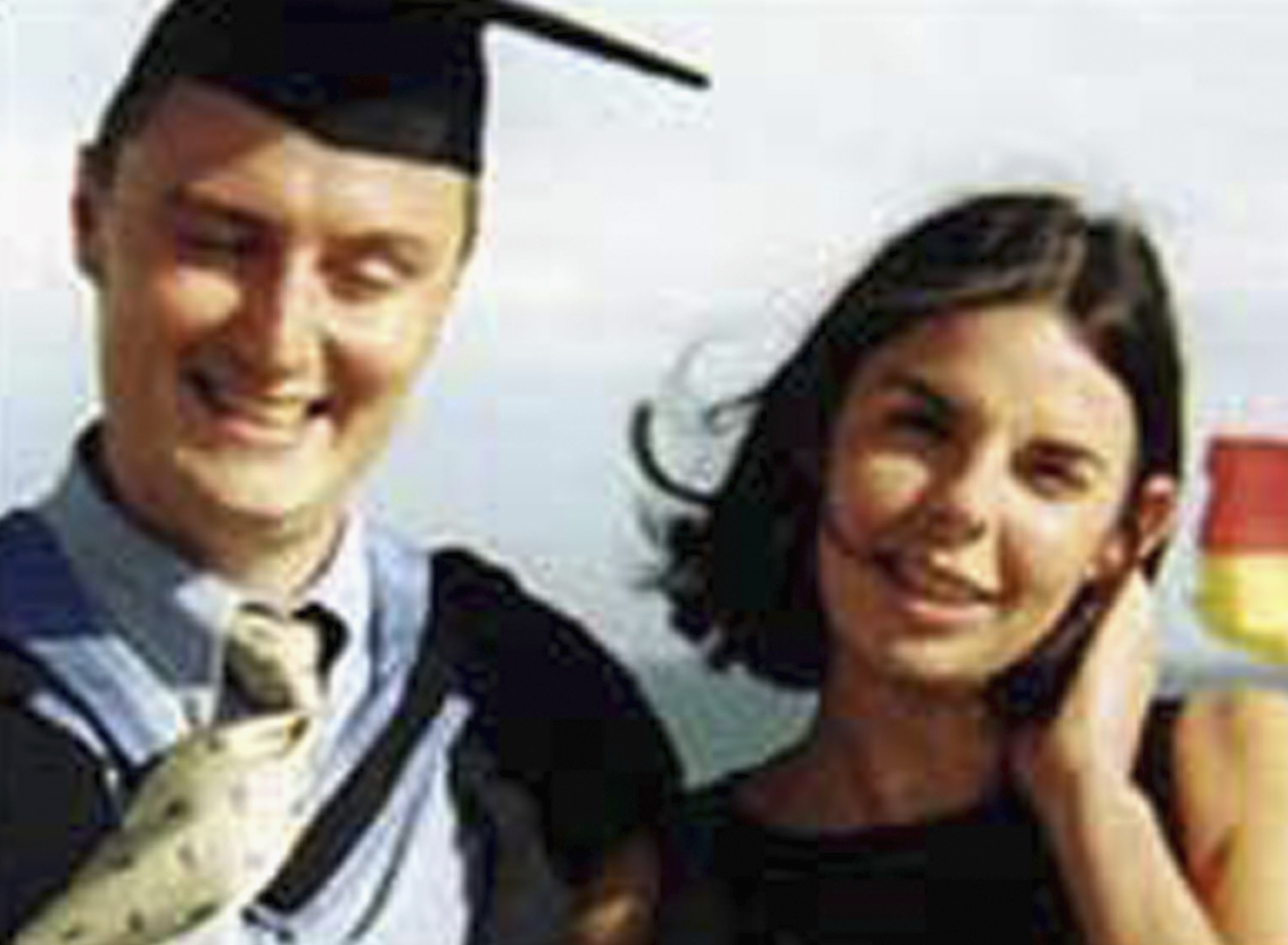 She claimed the driver shot Falconio before tying up Lees, who managed to escape and hide in the bush.

The case made headlines around the world, and after a prolonged police manhunt a tip-off led to the arrest of small-time drug runner and lorry driver Bradley John Murdoch.

Murdoch, 45, always proclaimed his innocence but in December 2005, in Darwin, he was sentenced to life in prison for Falconio’s murder and the attempted kidnap of Joanne Lees.

Peter Falconio’s body has never been found and for some the guilty verdict, upheld on appeal, has always felt clouded with doubt.

Now, in one of the most detailed re-investigations ever mounted, a Channel 4 documentary series, Murder in the Outback, revisits this notorious case.

Beginning on Sunday and running over four consecutive nights, it follows the campaign of former lawyer Andrew Fraser to get Murdoch’s conviction overturned.

It features previously unseen footage of Joanne being confronted by detectives over seeming inconsistencies in her version of the attack and raises a number of fascinating unanswered questions about a case which continues to haunt many Australians. 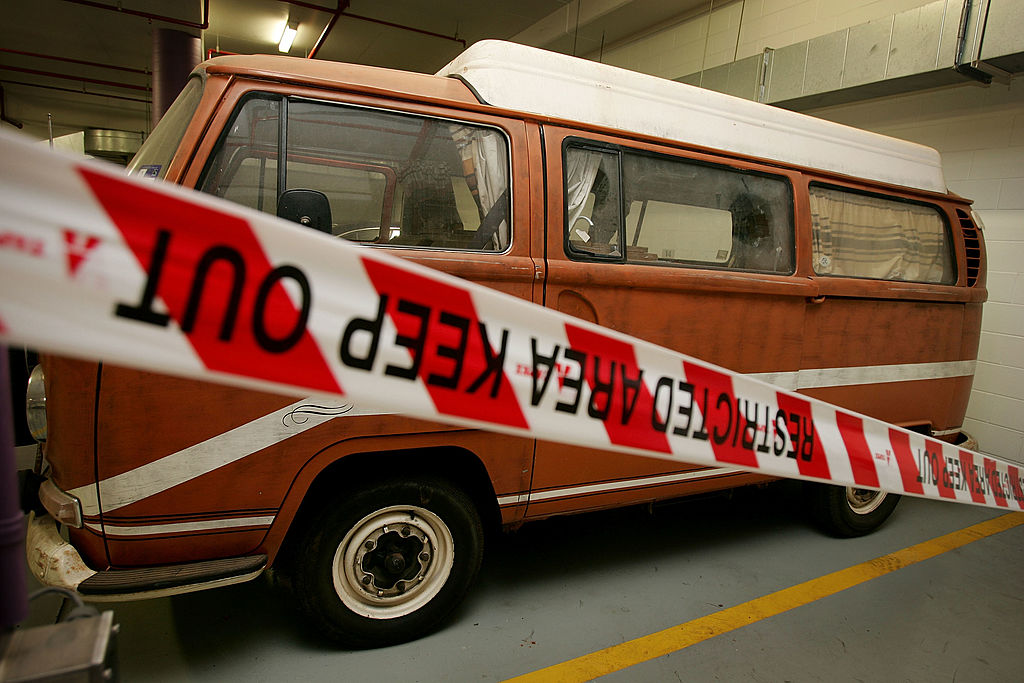 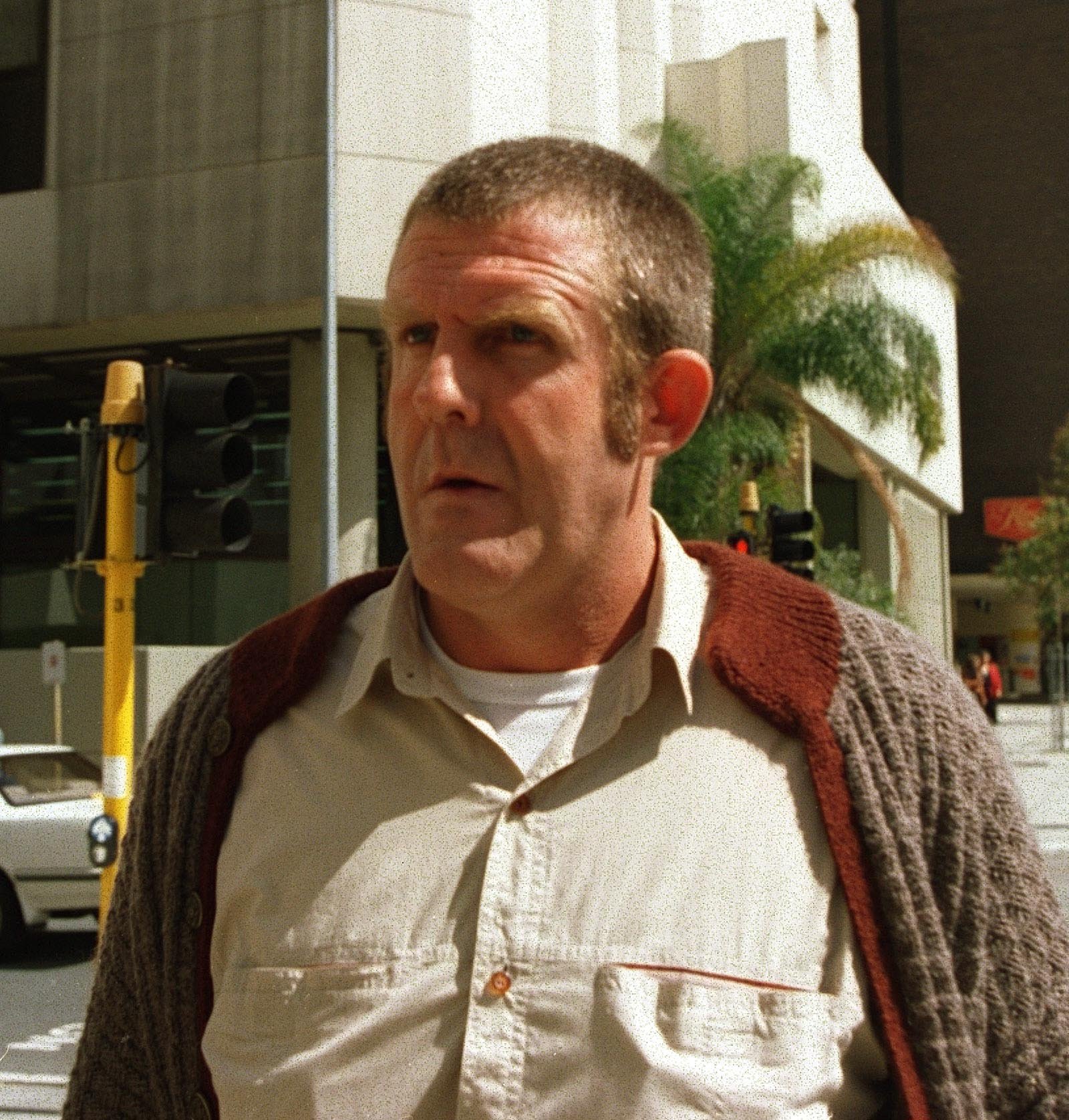 Who else was on the highway – and why have they never been traced?

Vince Millar is one of the two truck drivers who rescued a highly-distressed Joanne Lees on the Stuart Highway, near Barrow Creek in Darwin – but Andrew Fraser believes one vital aspect of his statement was never followed up.

"Reading Vince’s statements again there is one bit that continually catches my eye: only minutes before Joanne jumped out in front of his truck Vince describes very odd behaviour on the road ahead while he was driving," says Fraser.

"Vince describes headlights in the distance doing circles and lights going on and off – very odd behaviour. This aspect of Vince’s story has never been followed up on or investigated."

The documentary also reveals that Vince did not mention to police that shortly before he rescued Joanne, he had come across a red car on the side of the deserted outback road with "two blokes" standing alongside.

Who were the blokes in the red car, who was jelly man and what were they doing there?

Thinking they had broken down; he stopped the truck and went to walk over – at which point he noticed that they were bundling another man into the car who was flopping around "like jelly".

The men then quickly clambered back into the car and took off.

"Thinking back now, putting all the dots together, I’m pretty sure that bloke in the middle very well could have been Peter Falconio," Millar recalls on film.

For Fraser, the sightings "change the whole story."

"Who were the blokes in the red car, who was jelly man and what were they doing there?" he asks. "Suddenly there are all these other people in the frame." 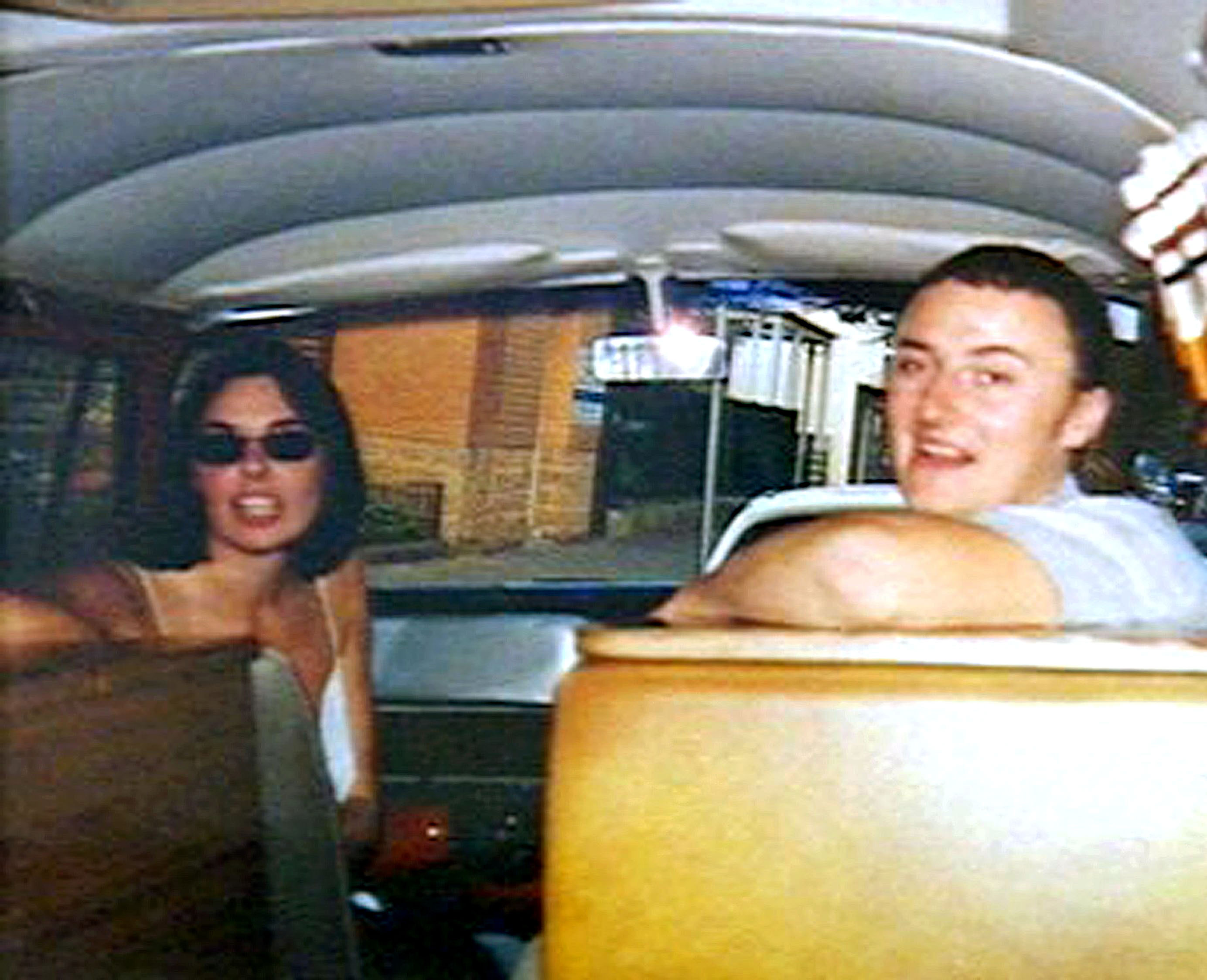 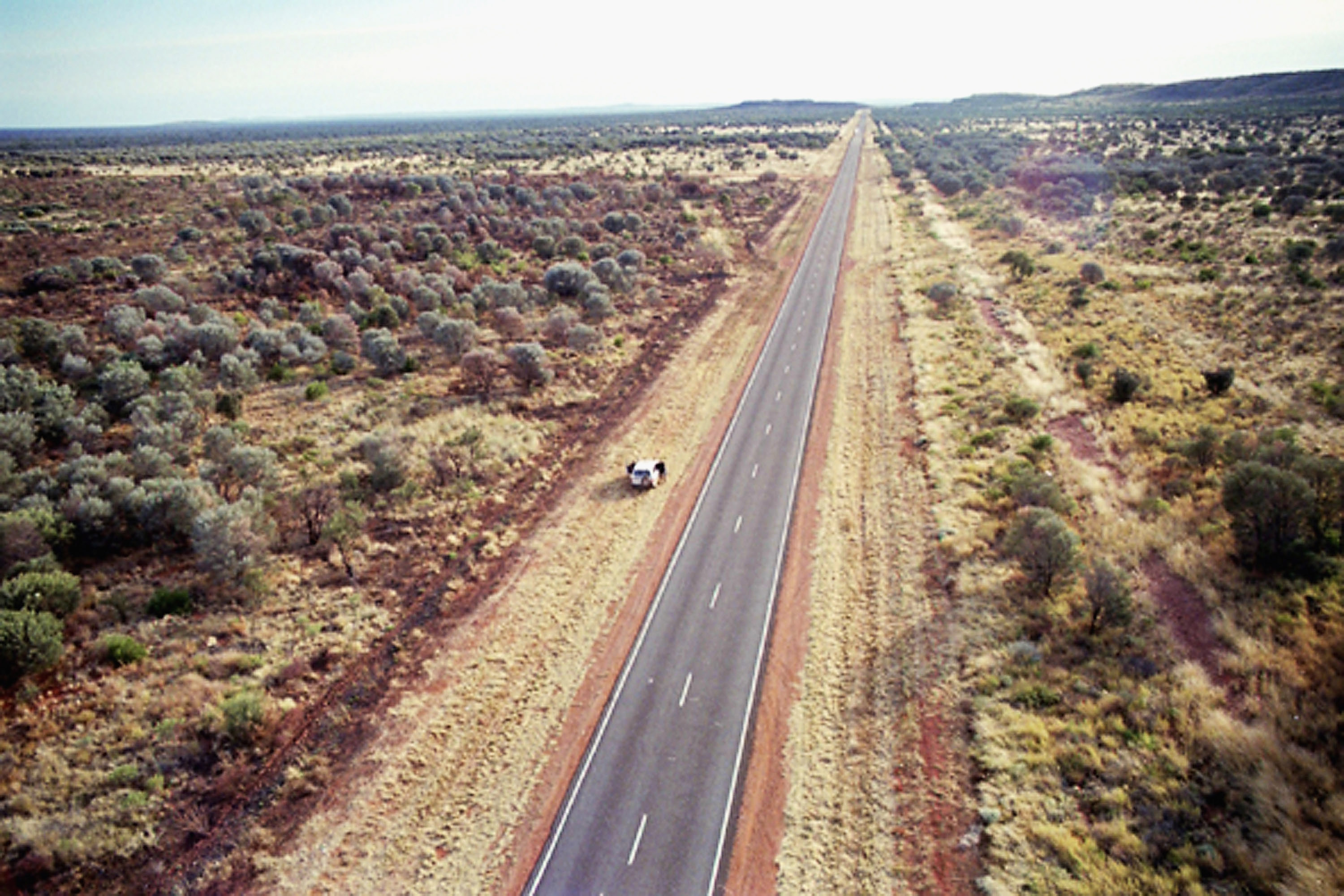 Why was there so little blood at the scene?

One of the many things that puzzled detectives who worked on the case was the lack of blood at the scene, which was inconsistent with the amount expected from a fatal gunshot.

Nineteen years on, Professor Barry Boetcher, an expert in blood groups and bodily secretions who looked at the case at the time – believes it was not enough to secure a conviction.

"The blood that was on the road consisted of three pools – one larger pool and two smaller pools adjacent," he says. "There is some of Peter Falconio’s blood on the road and on small items on the side of the road.

"The area was examined by the forensic biologist using luminol. If blood is present, you get a pale blue luminescence. If a body had been shot and then dragged somewhere you would expect a blood trail.

"In my opinion, based on that and blood evidence, I would not expect today to have a guilty verdict recorded against anybody." 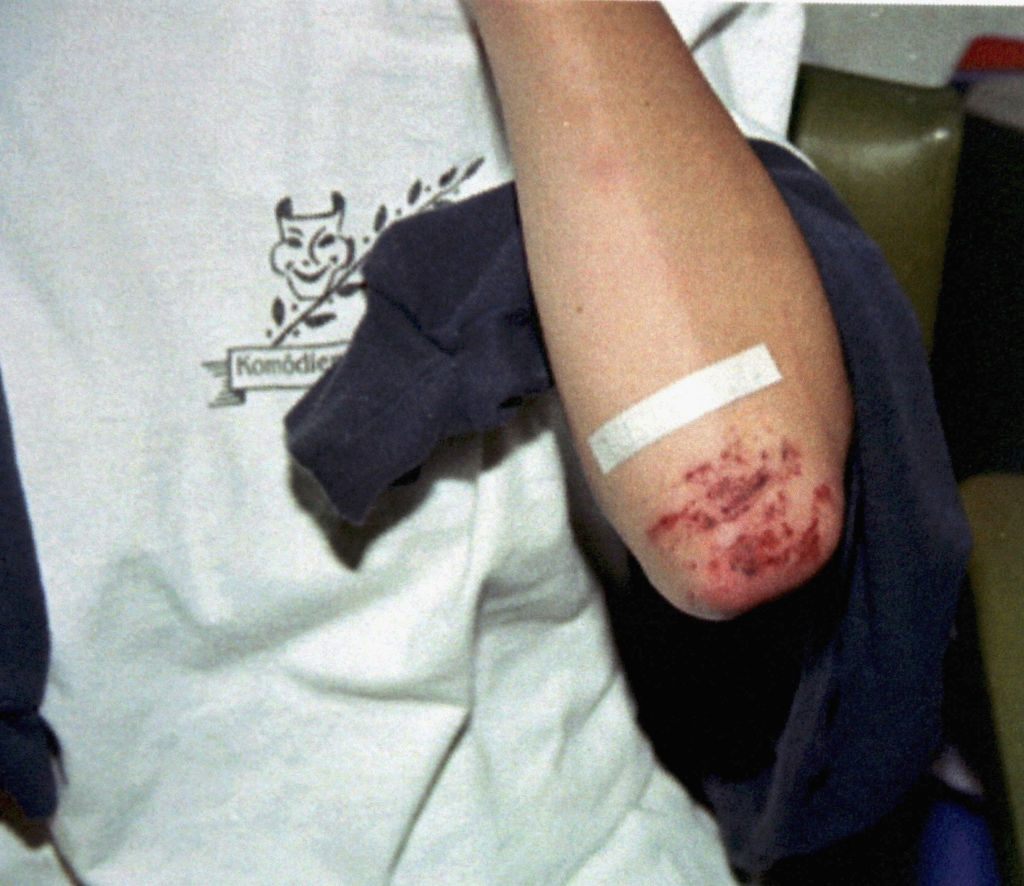 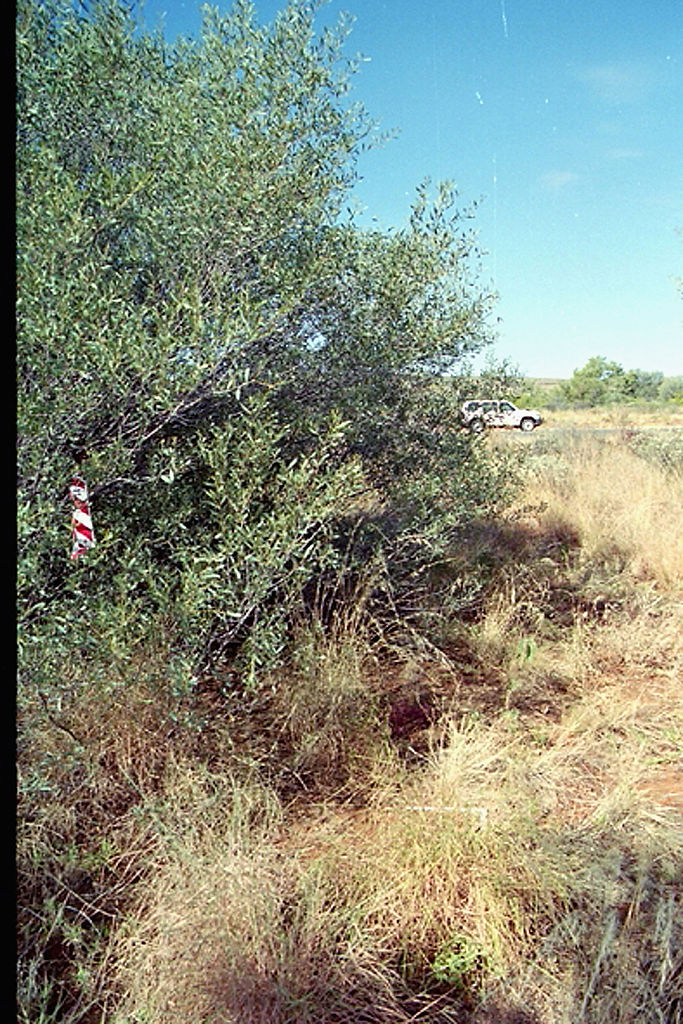 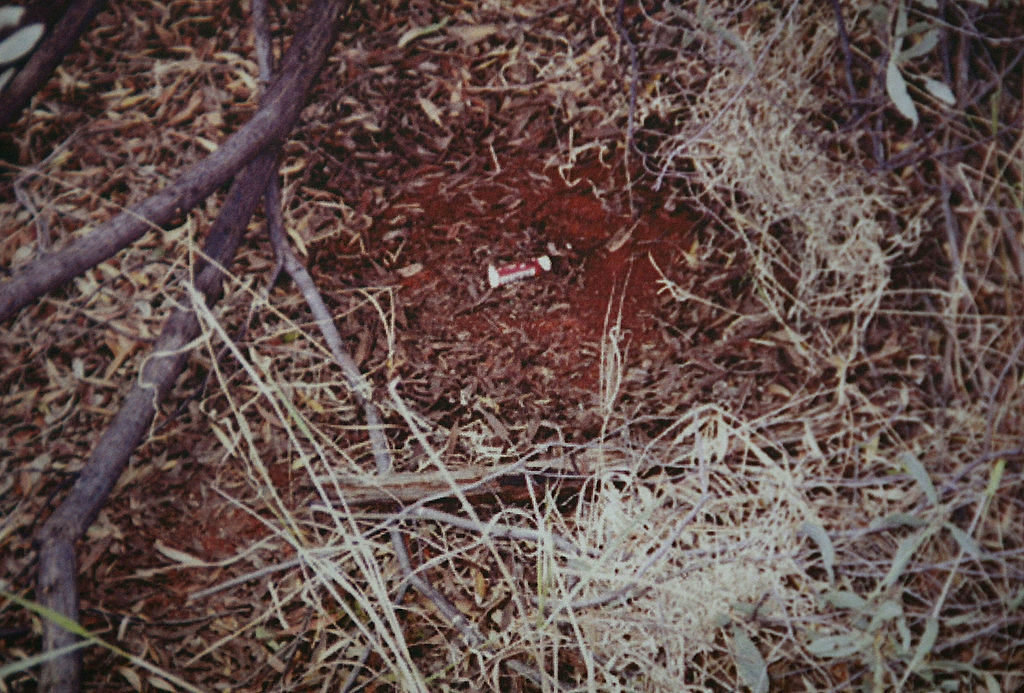 Why were only Lees’ footprints present in the outback?

Investigator Victor Sussman points out that, when he walks around the dusty desert murder scene, he leaves footprints – but only Joanne’s footprints were found in the dust.

Sussman also points out that, according to Joanne Lees’ statement, her attacker had a dog – described as a medium-sized, brown and white short-haired Australian working dog.

"There were no dog prints," says Sussman.

For Andrew Fraser it’s another gaping hole at the heart of the story.

"What’s unique about the crime scene was not what was there – it was what wasn’t there," he says. 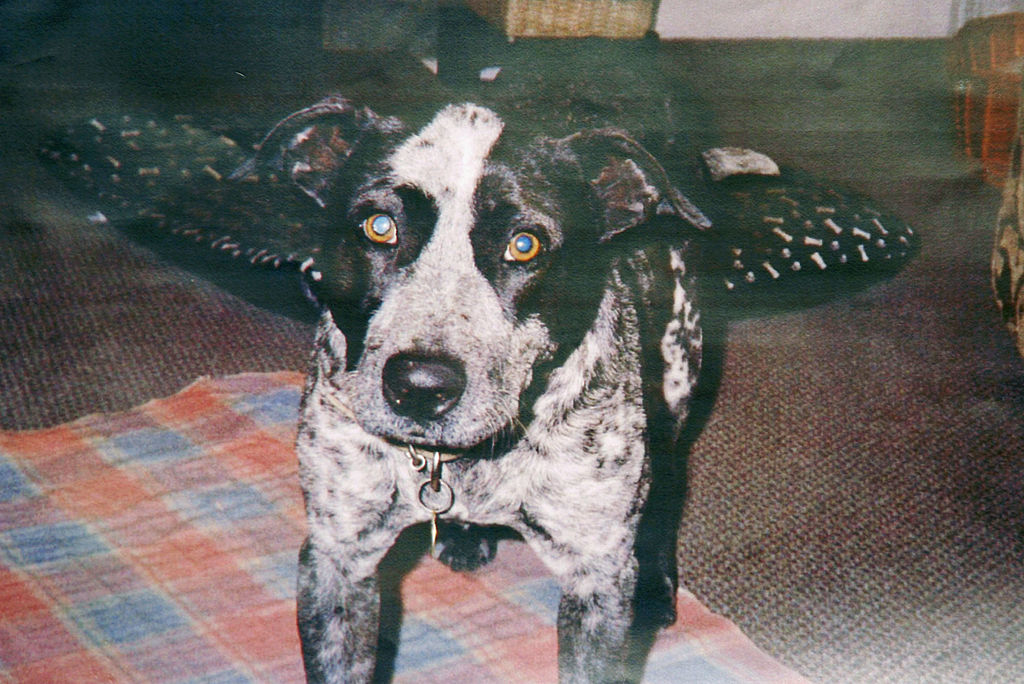 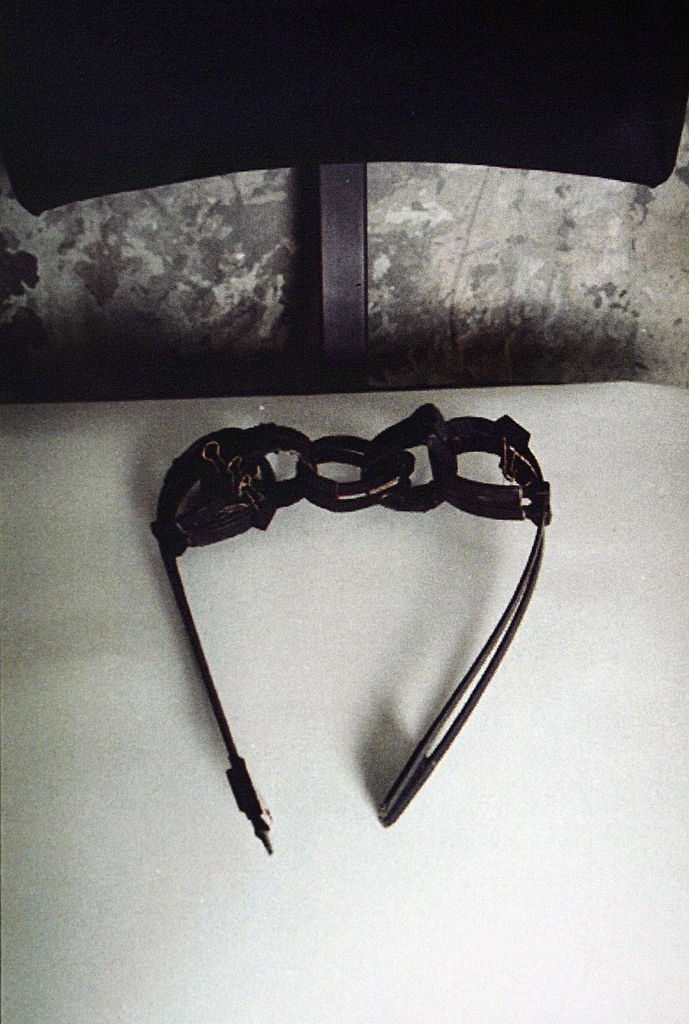 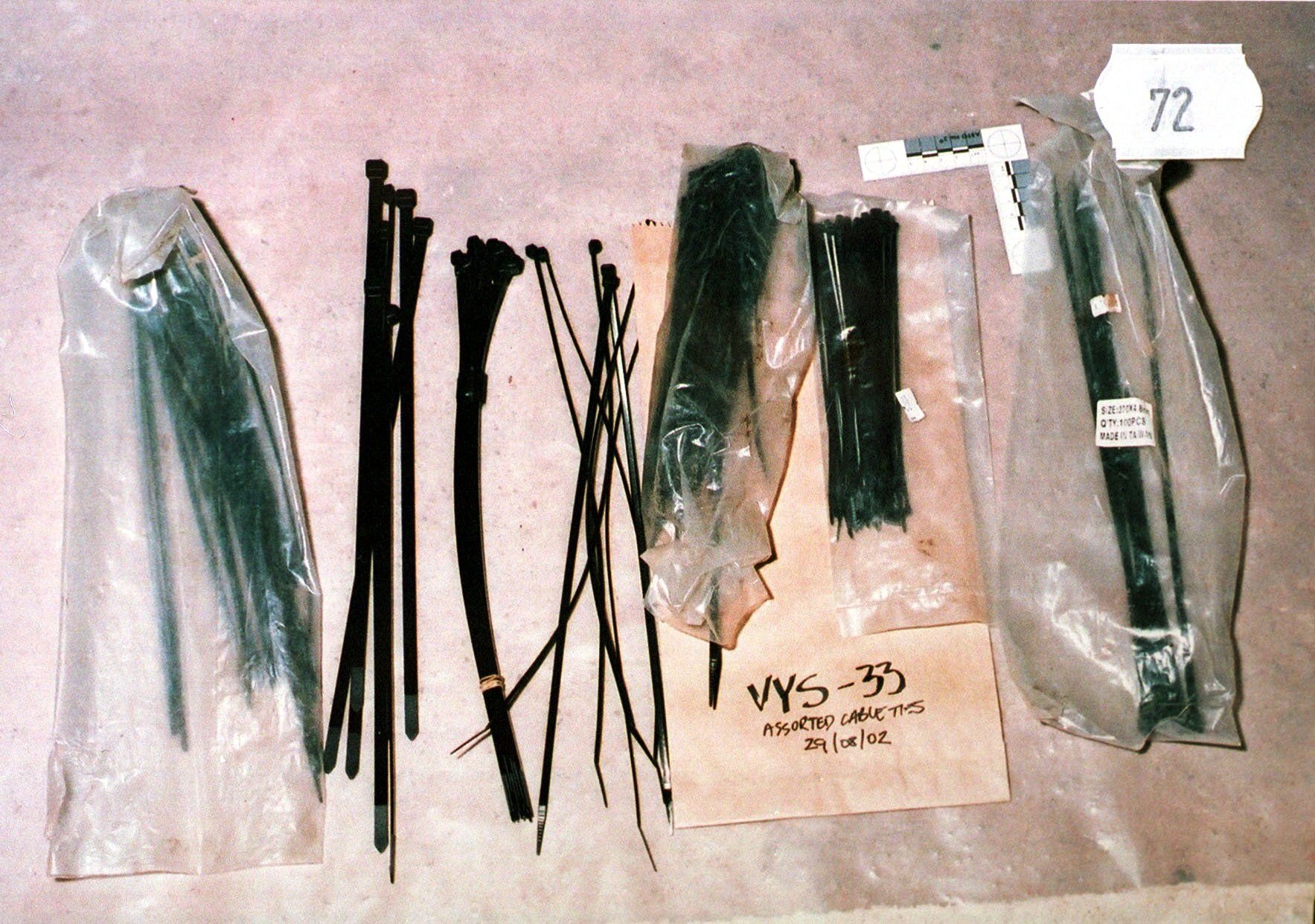 Why was a report criticising inconsistencies in Joanne Lees’ statement never put before the jury?

The documentary reveals that the statement given by Joanne to Northern Territory police on July 15th, 2001 was subject to a SCAN – or Scientific Contact Analysis Notes – a study undertaken by seasoned investigators who look for evidence of deception.

The resulting report suggested that Joanne’s language – including repeated use of phrases like "I don’t know’’ and "the next thing I remember is’’ – was questionable.

"These statements are all indicative of a false account," the report concluded. "There is missing time, missing information and no commitment to an account….the subject sweeps into present tense, strongly indicating deception."

Their summary concludes that Joanne’s account, as given to police, "has strong indications of being deceptive", adding that the statement "has many contradictions and lacks commitment from the subject."

There is missing time, missing information and no commitment to an account

The documentary shows Lees being confronted with this information in a police interview.

A detective tells her: “The consensus without exception is that there is vital information missing from this statement."

Asked what information was missing, Lees replied: “I don’t know.”

However, SCAN analysis remains controversial, and the documentary also includes the verdict of Bill Beale, a SCAN trainer, who re-assessed Lees’ statement and said he was satisfied that she was telling the truth.

Beale said that in the years since the case, it has been discovered that women often switch to the present tense when reliving a traumatic event.

Fraser nonetheless describes the report as "damning" – and remains baffled as to why it was never used by Murdoch’s defence team at trial.

"This wasn’t put before the jury and I think it should have been", he says. "It raises the question – did this bloke get a fair trial?" 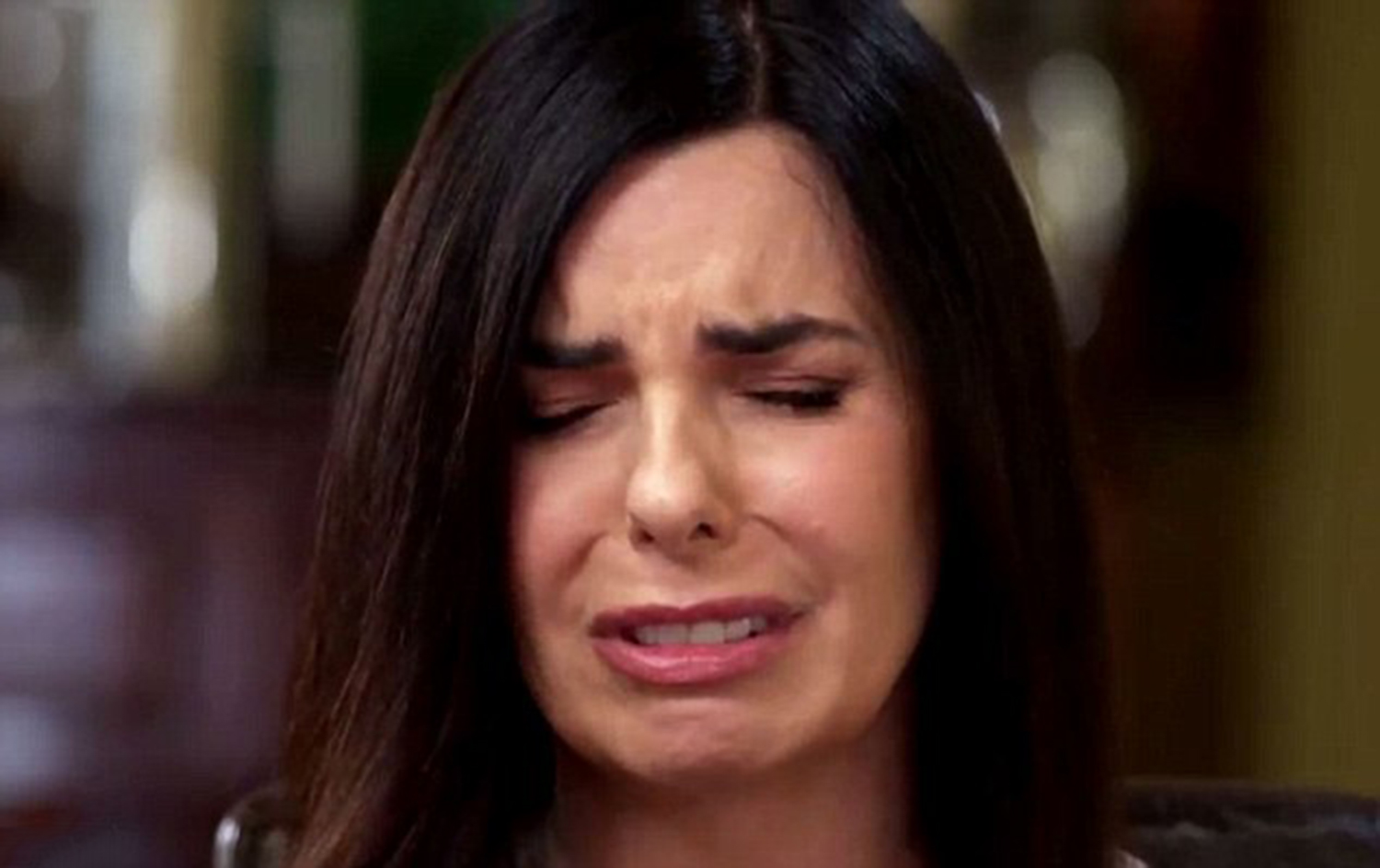 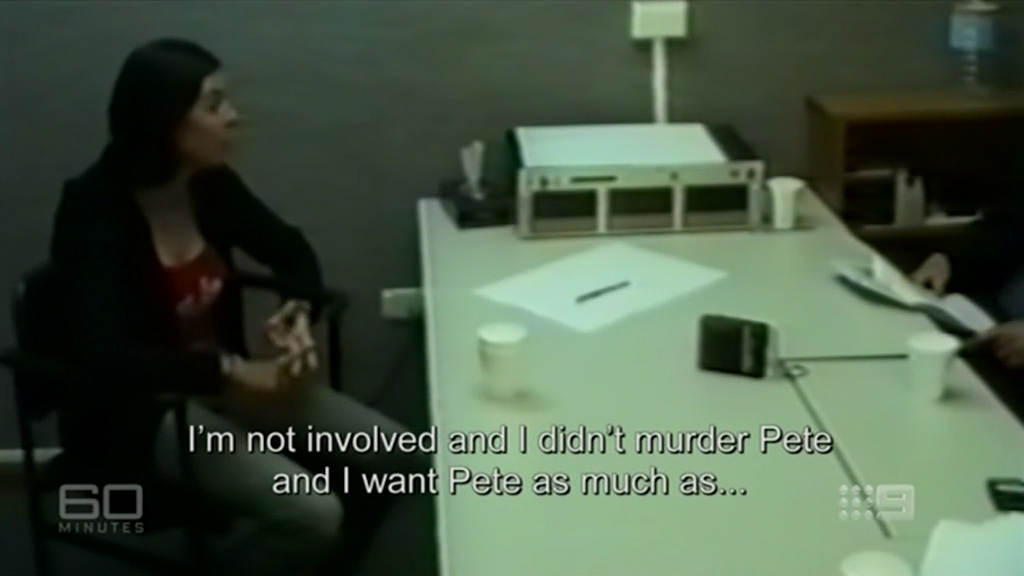 Were potential witnesses overlooked too quickly?

Greg Dick, owner of the Aileron roadhouse, testified at Murdoch’s trial that Lees and Falconio had stopped there for a cup of tea at 4pm on the day of the murder – although Joanne denies this.

Dick subsequently claimed to have seen Joanne outside talking to a man matching the description of the attacker subsequently given by Joanne to the police.

Fraser wonders why more was not made of this.

"So, there was a bloke in the bar on the night – he fits the description given by Joanne Lees and he spoke to a girl who could be Joanne Lees," he says.

"Did he follow them from Aileron – could he be the attacker?"

Fraser also points out that, hours after the attack, truck driver Phil Creek recalls talking to another unusual character at a pub close to the crime scene.

With his moustache, checked shirt and baseball cap he also matched the description by Lees to police and, among a number of oddly self-incriminating statements, told Creek he was camped in the immediate vicinity of where Falconio and Lees had been stopped.

This person of interest was subsequently eliminated by police – but Fraser asks whether they should have been?

"I’m not saying he did anything," he says. "But let’s hear from him. I think he’s got a lot of questions to answer if we can find him." 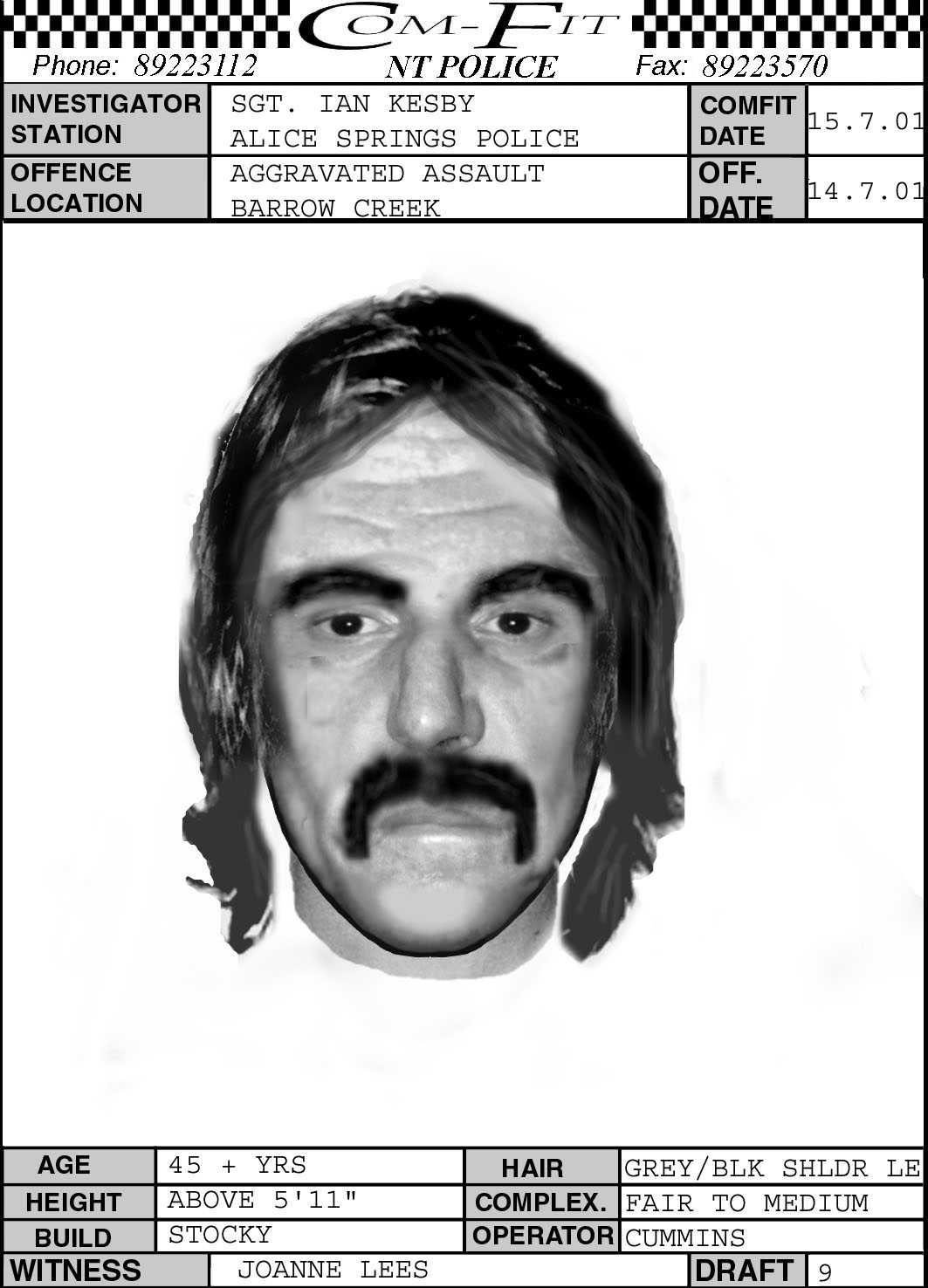 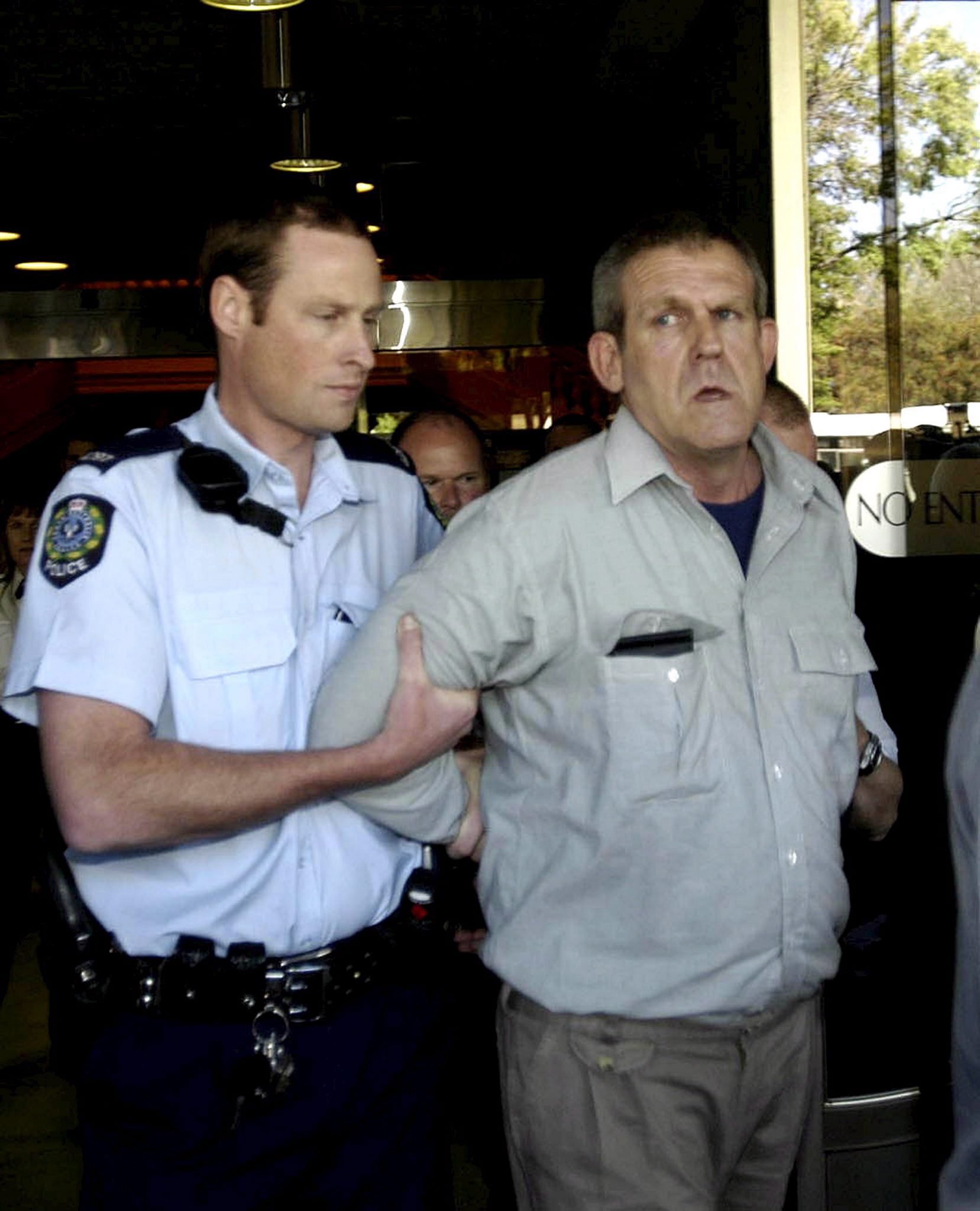 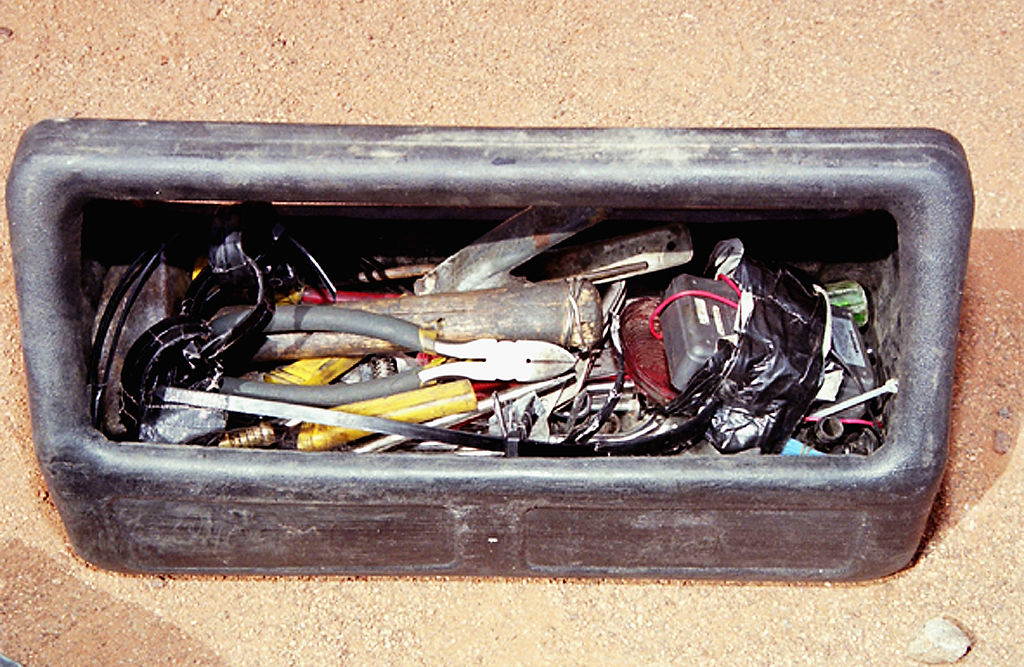 Was the DNA evidence enough?

A tiny spot of Murdoch’s DNA on the back of Joanne’s t-shirt proved vital in securing Murdoch’s conviction – but Fraser points out that questions remain around the strength of the DNA evidence and how it was communicated to the jury.

Brian McDonald, a leading Australian DNA expert, explains that while the DNA matched that of Murdoch, it doesn’t necessarily place him at the crime scene.

"DNA can be transferred without them actually being involved," he explains.

Earlier that day, Fraser points out, Lees and Falconio had visited the Red Rooster restaurant in Alice Springs – could the DNA have been transferred there from sitting with their back to the same chair?

McDonald also raises questions about the DNA swabs taken from the gear stick and steering wheel of the camper van and the manacles used to bind Joanne’s wrists, which the jury were told contained Murdoch’s DNA.

In fact, says McDonald, they are "complex low-level mixtures" – meaning they are very small amounts of DNA, with multiple individuals contributing to them.

"This DNA should never have been reported as Bradley Murdoch’s DNA," he says. "I certainly wouldn’t conclude that his DNA was present."

His ultimate conclusion? That when it came to DNA evidence "there was very little clear evidence at all."

Fraser also suggests that the general lack of DNA transfer on Joanne is inconsistent with the protracted struggle she describes.

That was reinforced by a re-enactment by actors of the struggle between Lees and her attacker which showed vast amounts of DNA transfer from the assailant.

"Joanne Lees never gave evidence that her attacker was wearing gloves," says Fraser. "If there had been all this struggling and wrestling that Lees gives evidence about, wouldn’t you expect there to be more of her assailant’s DNA on her than one spot on the back of the T-shirt?". 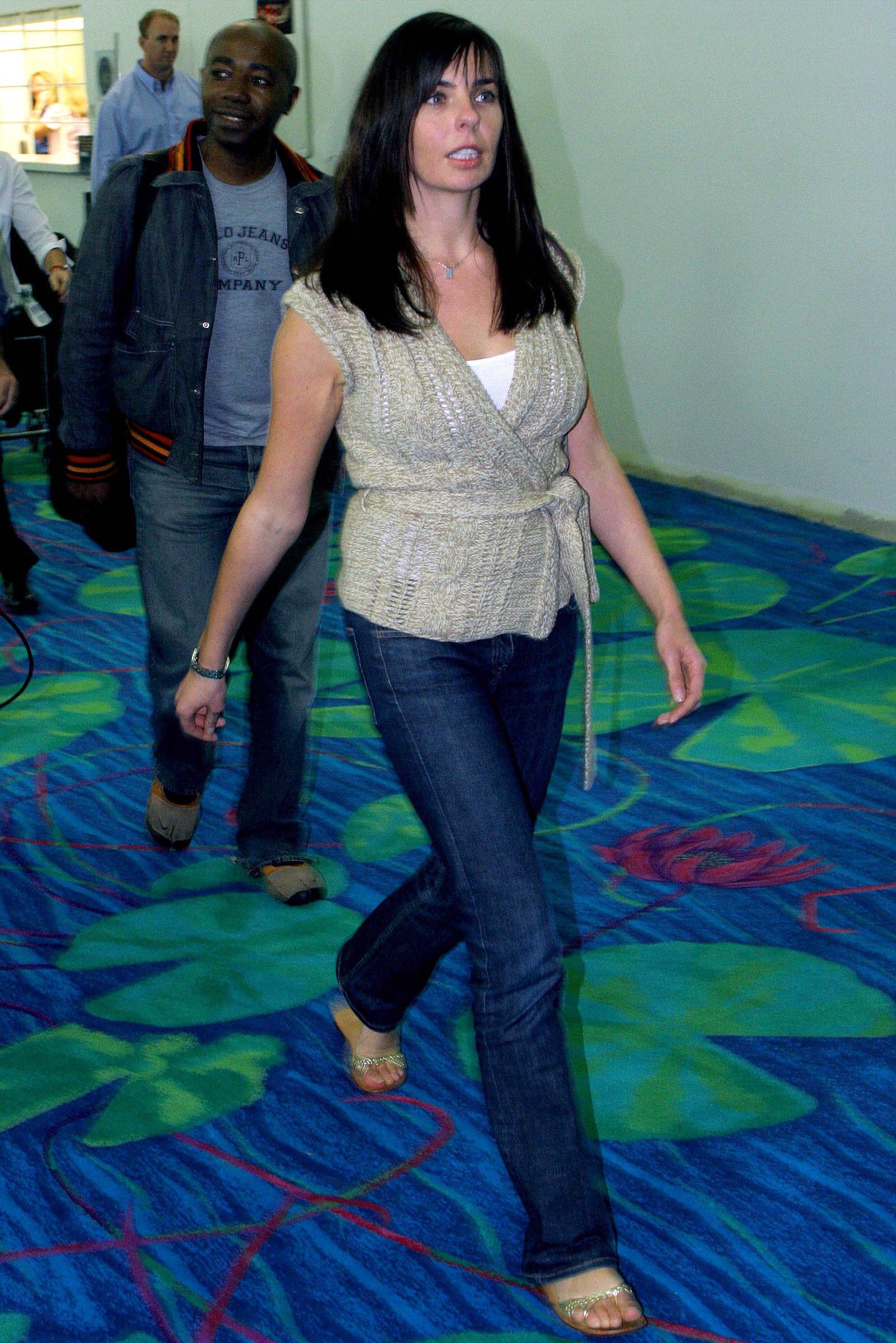 In the remote outback town of Burke, two eyewitnesses remain convinced they saw Peter Falconio at their family-owned service station in the days after the attack and are confident that Bradley Murdoch is in fact innocent.

Robert and sister Melissa insists that they saw a man matching Falconio’s description in the days after the case, recognising his picture from a newspaper.

The man bought a Mars Bar and asked for the key to the toilet. "I am 100 percent sure it was him," says Robert. "Either that or his twin."

Melissa adds: "This case never goes away it just sleeps for periods of time. I am personally convinced he is alive. I don’t know where he is but he’s alive." 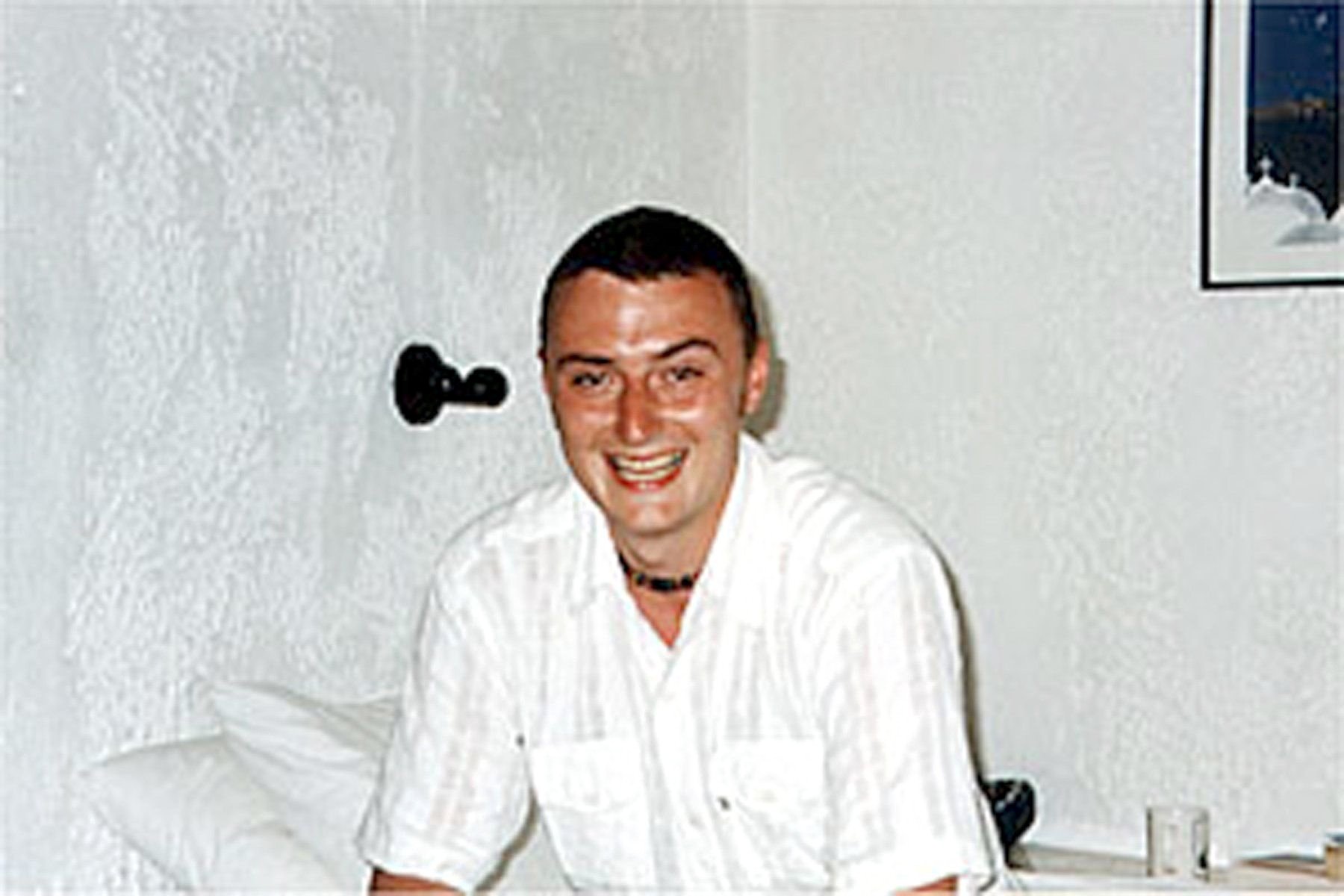