‘Get on with it’: Mutinous civil servants threatening to sabotage scheme to send migrants to Rwanda are slapped down by their boss

Civil servants who complained about Priti Patel’s Rwanda policy have been slapped down by their boss and told to get on with the job.

The Home Office’s top civil servant yesterday warned his staff that leaks which had attempted to undermine the policy had been a breach of the civil service code.

Permanent Secretary Matthew Rycroft addressed concerns about the Rwanda agreement in a group call with mutinous employees who, the Daily Mail revealed yesterday, had even threatened to refuse to work on implementing the policy. 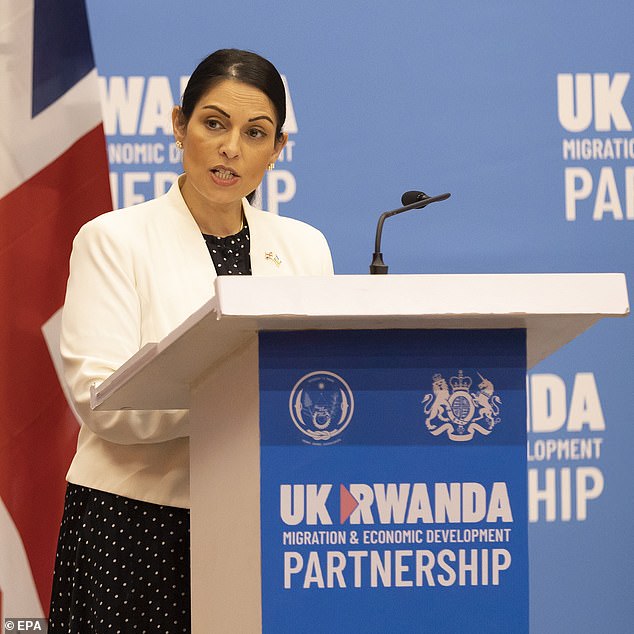 It is understood Mr Rycroft made a robust defence of the programme which will see some migrants who arrive in Britain through ‘irregular routes’ – such as across the Channel – sent 4,000 miles to the East African nation to claim asylum there.

A letter Mr Rycroft sent to the Home Secretary was misreported in some newspapers earlier this week and it was claimed he had opposed the policy.

When the full letter emerged it was clear the mandarin had concluded it was ‘regular, proper and feasible for this policy to proceed’.

During yesterday’s Home Office group call, Mr Rycroft warned that leaks attempting to ‘kibosh’ the policy were against the civil service code, to which all Home Office employees must adhere. 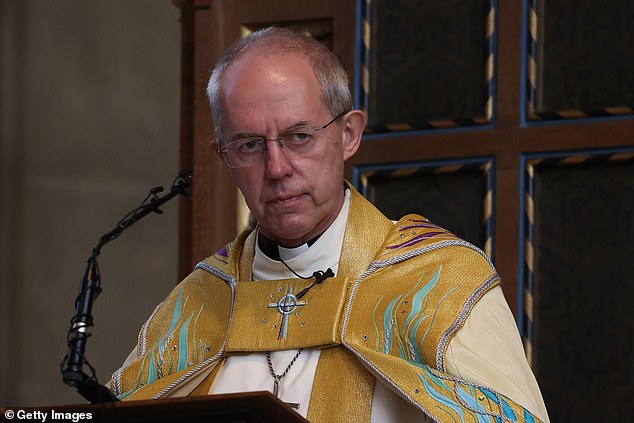 He also stressed ministers decide policy and civil servants have an obligation to carry out ministers’ orders, the Mail understands.

Allegations of racism against the Rwanda policy by Home Office employees were rejected during the call – and staff were told it will apply to migrants depending on their mode of arrival, not on their race.

A significant proportion of Channel migrants are white, from countries such as Albania, official figures show.

A senior manager on the Home Office call stressed that it was the department’s job to tackle people smuggling and prevent further loss of life in the Channel, after 27 men, women and children drowned last November in the worst tragedy since the crisis began.

It comes after the Mail reported yesterday how Miss Patel was facing a mutiny by staff, with some even threatening to strike. Civil servants branded the Rwanda policy ‘totally unethical’ before yesterday’s session with Mr Rycroft and asked if they would be able to refuse to work on it.

One comment on an internal online noticeboard drew a comparison to serving under the Third Reich.

In a reference to the post-war Nazi trials at Nuremberg, an anonymous civil servant wrote: ‘The words “I was only obeying orders” are echoing down through history to me and making me queasy.’

Another asked: ‘Do we have a responsibility to not just leave, but to organise and resist?’

In further questions for the permanent secretary posted online just before yesterday’s session began, a civil servant asked if they would get a pay rise as a result of the Rwanda deal.

The negativity in the Home Office provided further evidence of officials’ attempts to undermine Miss Patel’s efforts to tackle the Channel crisis.

Earlier this year a trade union representing the majority of Border Force workers joined with a migrant charity to challenge the legality of measures to turn boats back to France.