The unemployment rate decreased to 11.1 percent as the US added a record 4.8 million jobs in June – but the pandemic dimmed the outlook for more economic gains. 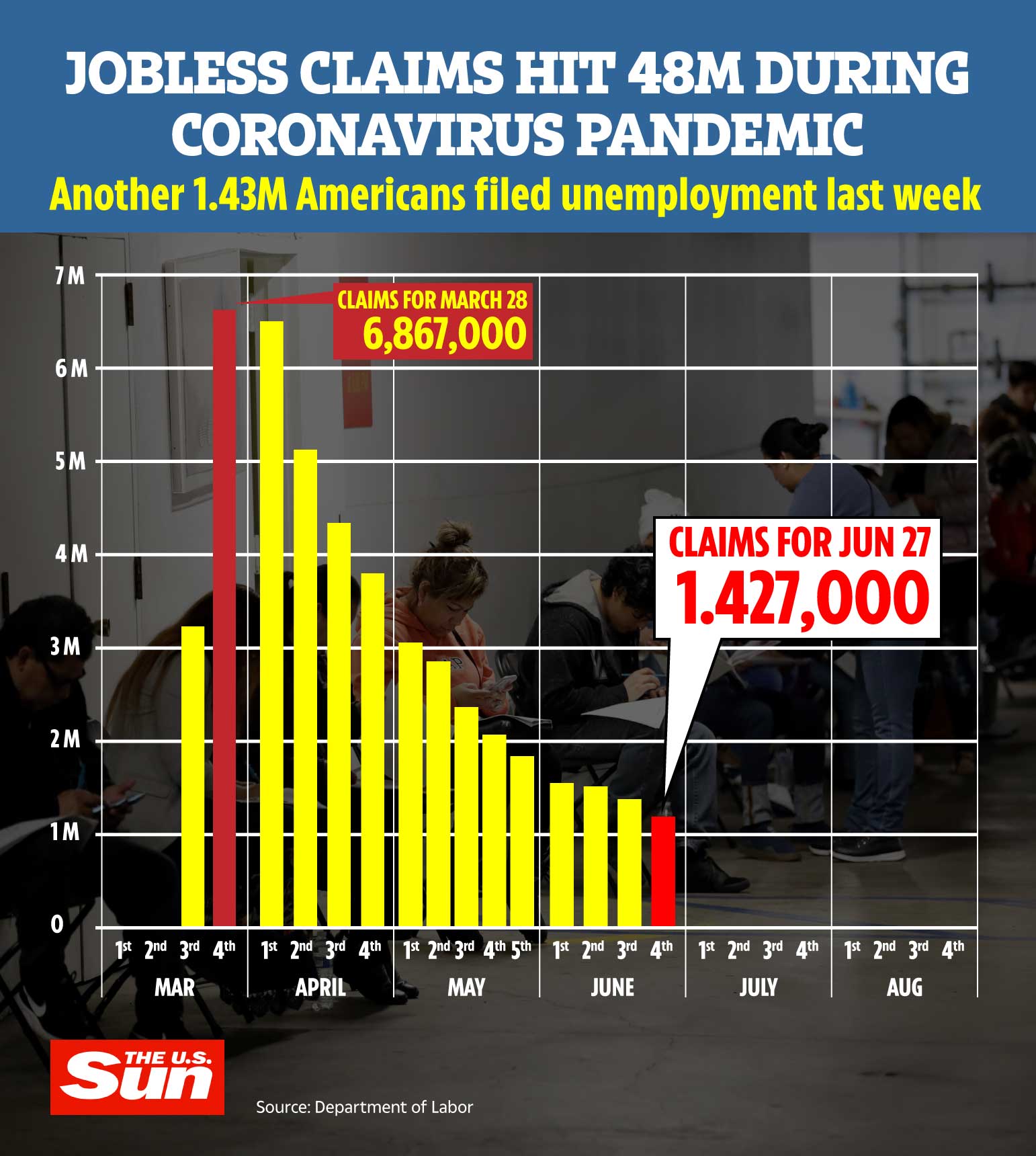 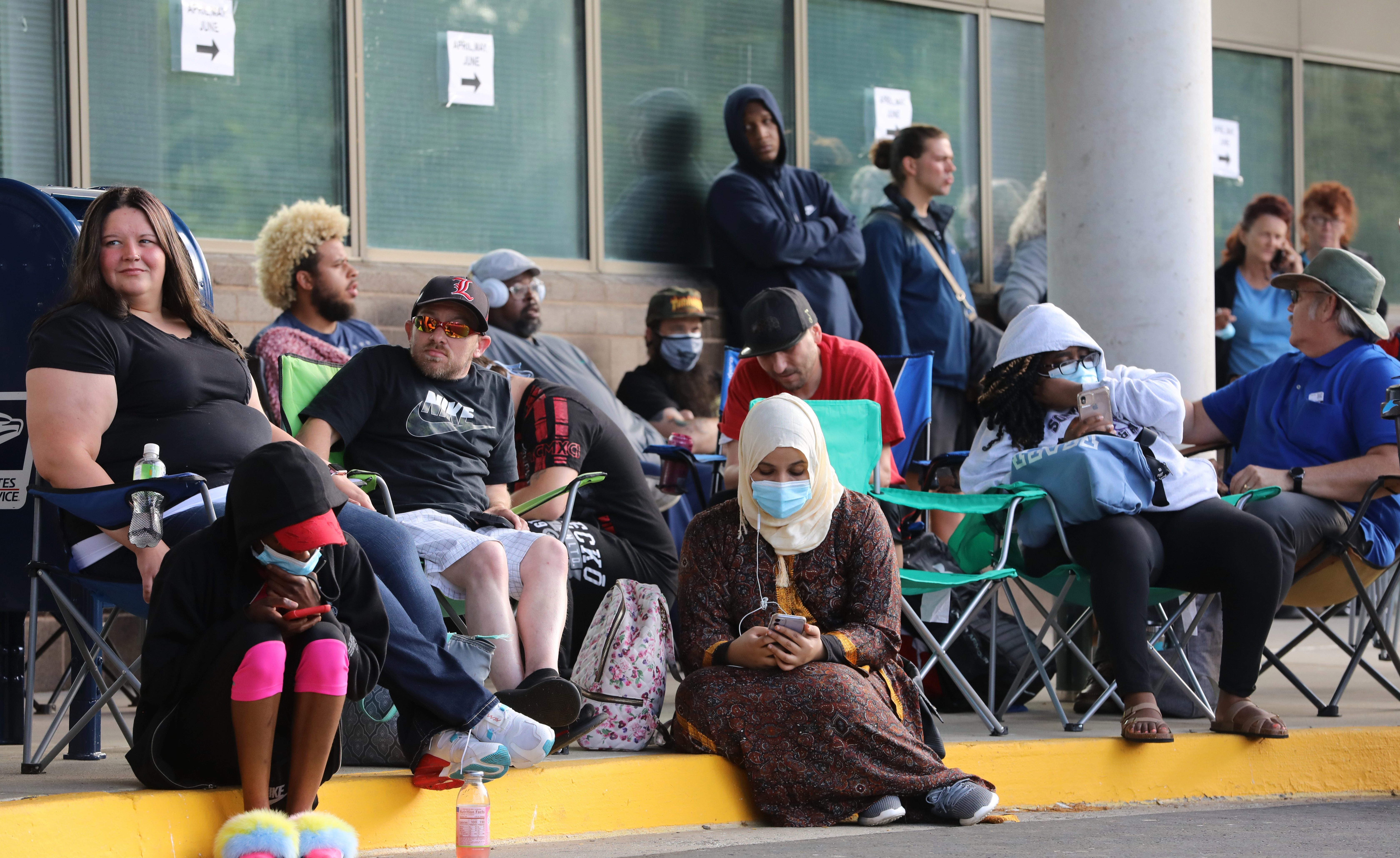 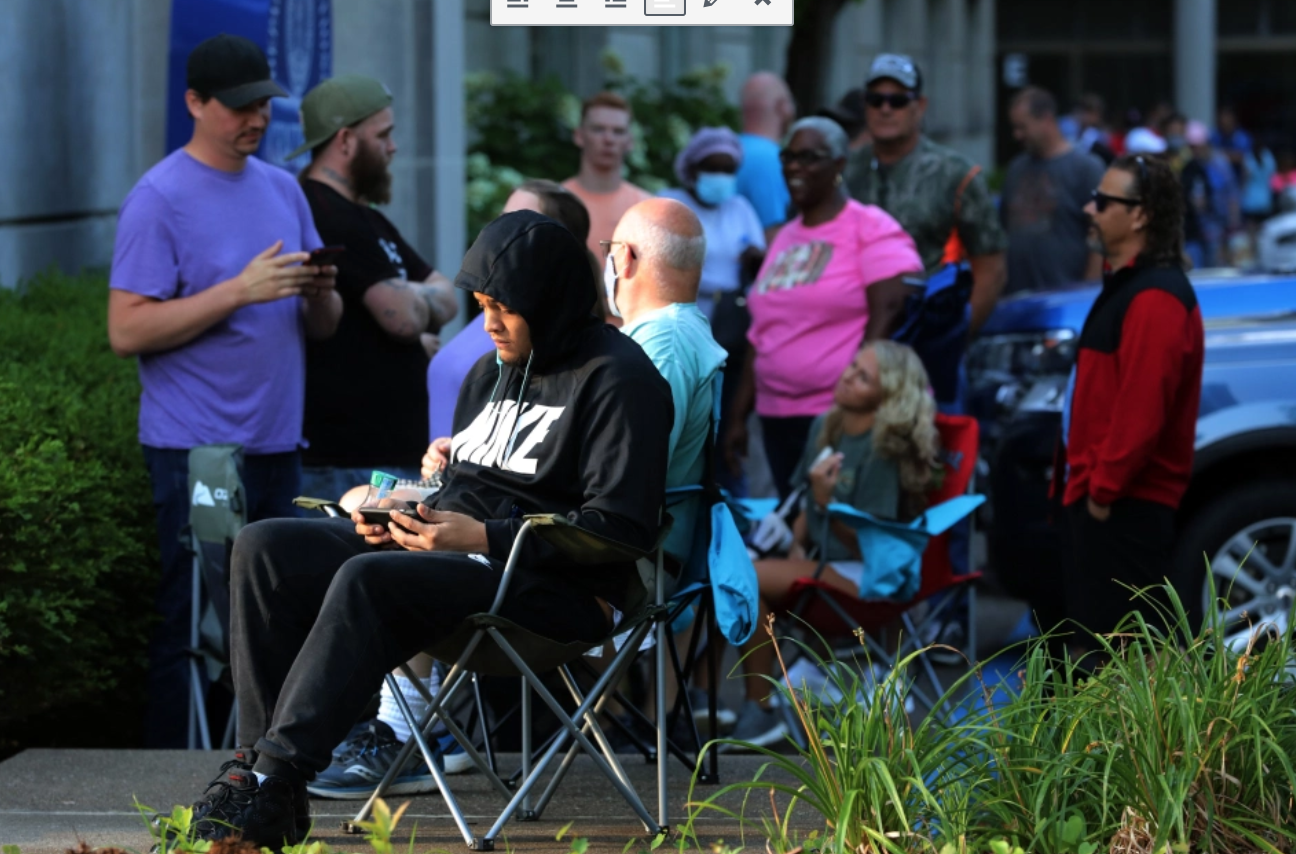 The US Department of Labor released the figure at 8.30 am on Thursday after a predicted June job surge was set to reduce Depression-level unemployment rate.

Around 1.42 million Americans filed for unemployment benefits in the week ending June 27, which the department noted was a decrease of 55,000 from the week before.

The insured unemployment rate was 13.2 percent for the week ending June 20 – unchanged from the previous week's revised rate.

Weekly jobless claims have decelerated for 12 consecutive weeks while nearly 50 million have filed for unemployment insurance over the past 14 weeks, reported Yahoo News. 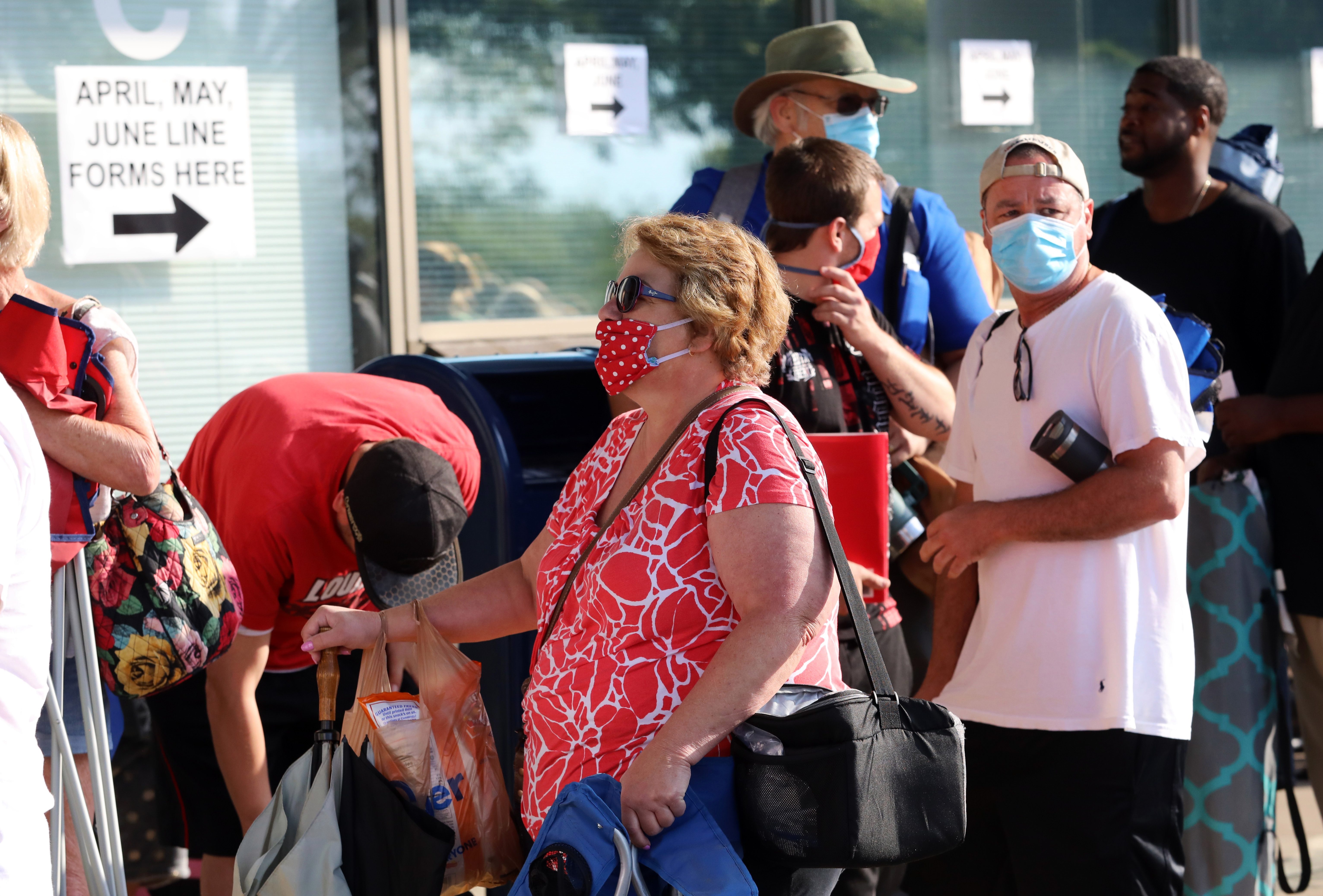 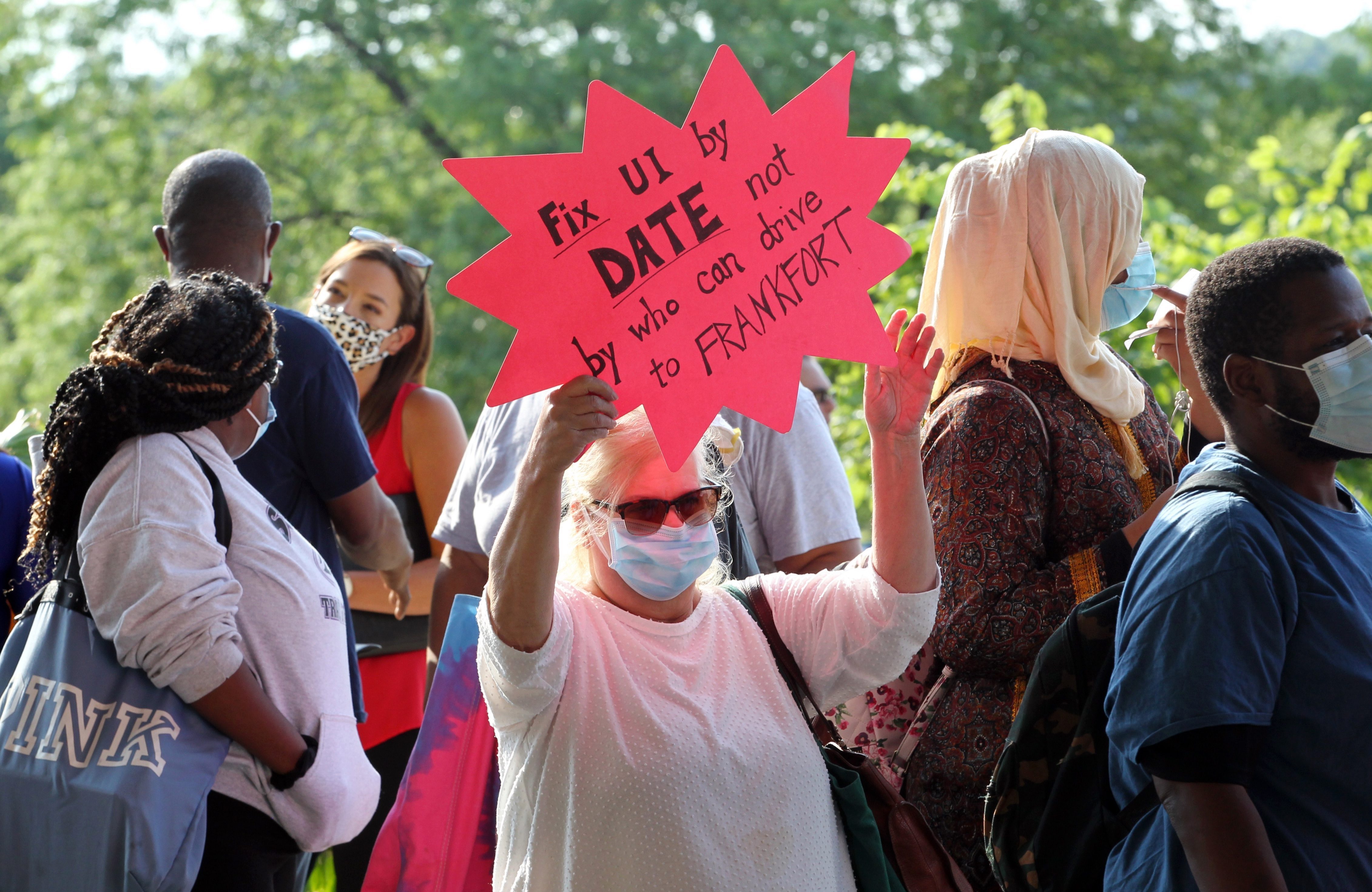 Continuing claims, which lag initial jobless claims data by one week, were expected to total 19 million in the week ending June 20 after 19.52 million continuing claims made the week before.

“Data on jobless claims remains noisy at this point due to processing lags," Morgan Stanley wrote in a note on Wednesday.

"But the fact that cumulative jobless claims over recent weeks are implying a considerably higher level of continuing claims, compared with reported continuing claims data that has been broadly flat over the past four weeks, suggests a high level of churn in the labor market continued through June."

Economists predicted businesses, governments and nonprofits added millions of jobs and that the unemployment rate fell, according to data provider FactSet.

This hiring gain would entail 2.5 million jobs in May – but despite this growth in May and June, it's only a fraction of the 22 million jobs that were lost in March and April when the lockdowns took hold.

A jobless rate over 10 percent wouldn’t fully capture the scope of the pandemic’s damage to the job market and the economy, the Associated Press reported.

Millions are now working part time but want a full-time position while a huge number of workers have been subject to pay cuts amid fears of a second wave.

As COVID-19 cases spike across the Sun Belt, evidence suggests that an economic recovery is stalling.

In states that have experienced an uptick, like Texas, Florida, Arizona and others, progress has reversed, as businesses shutter and people lose jobs again – some of them, for the second time. 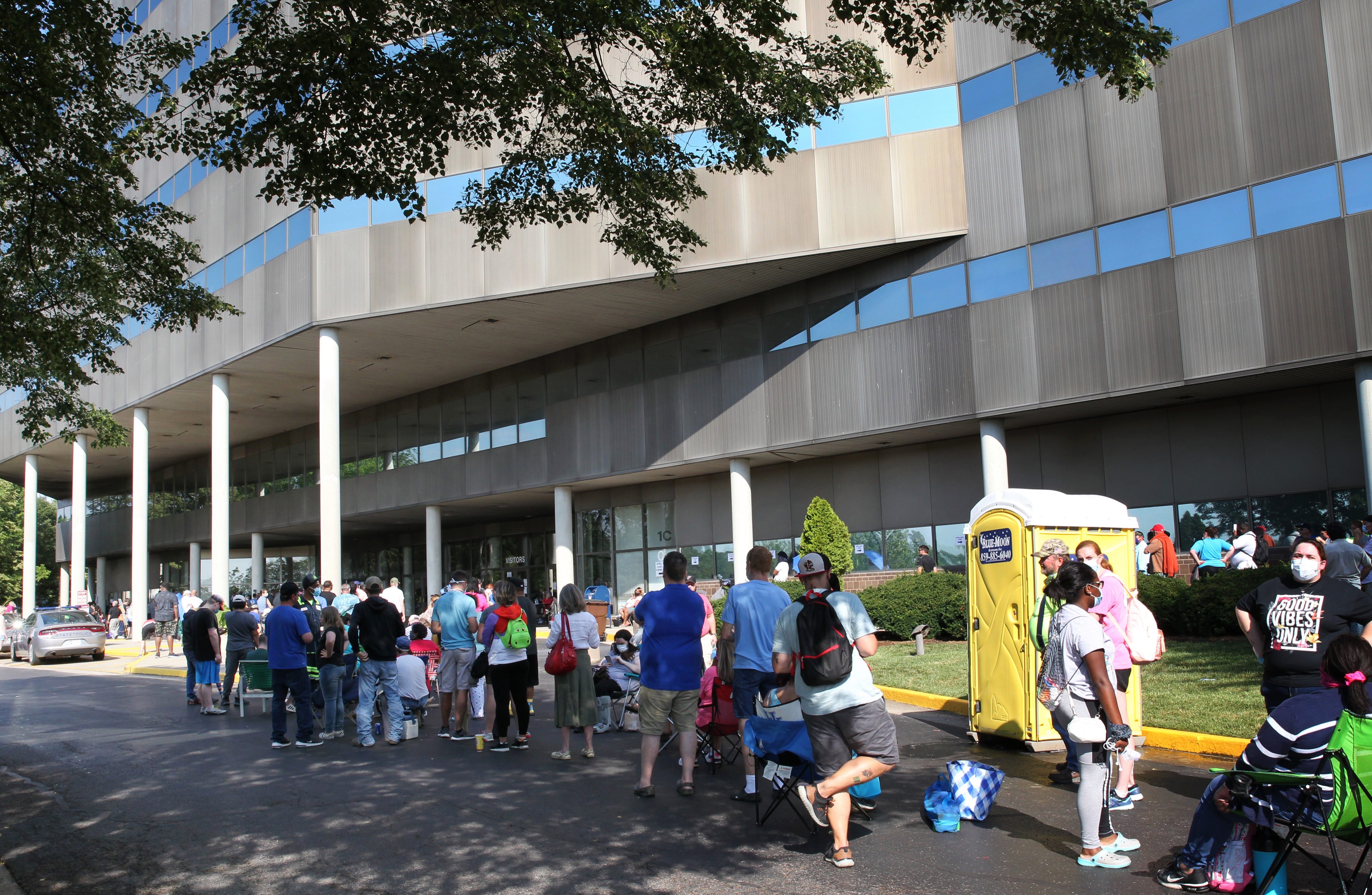 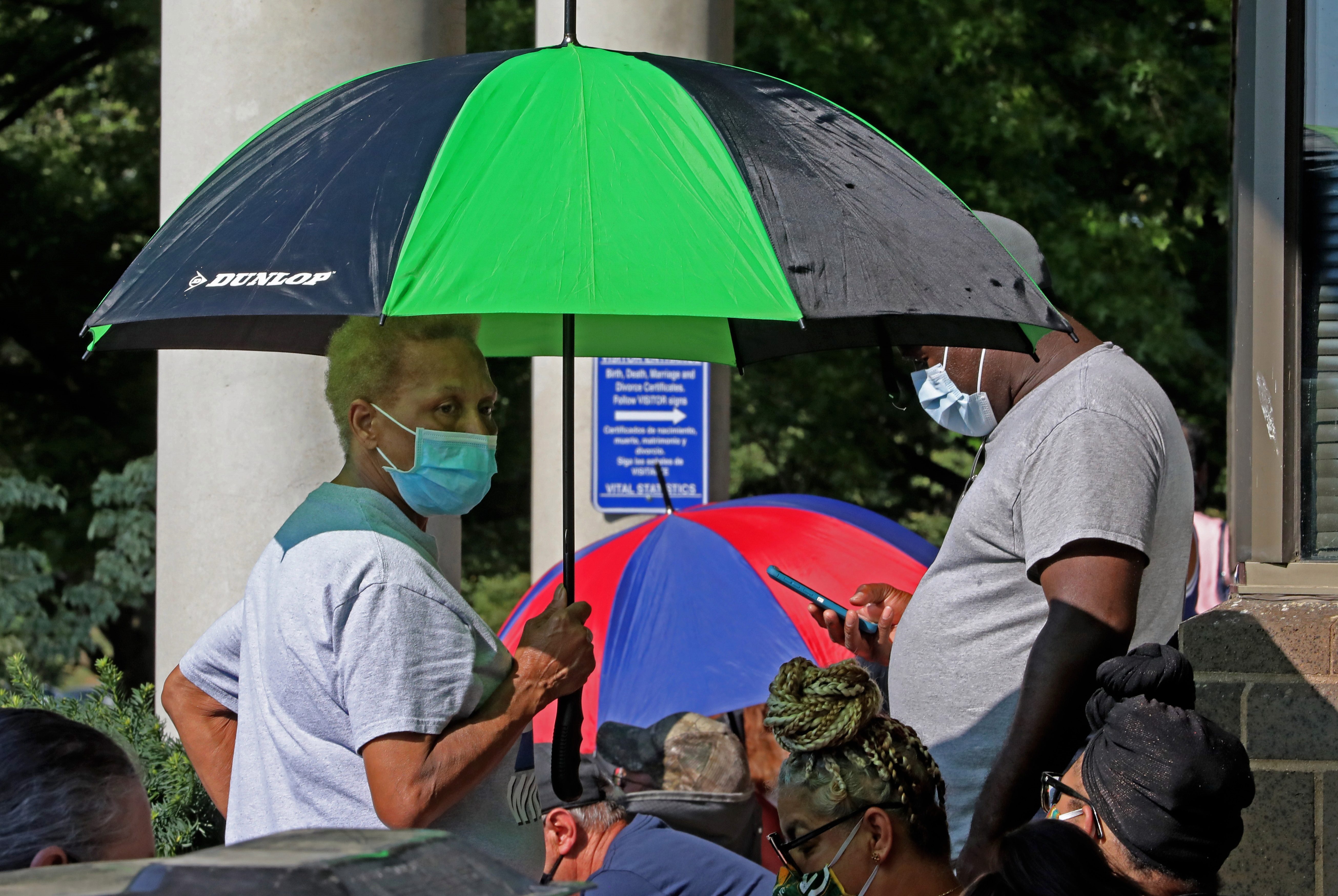 On Wednesday, California re-closed down bars, theaters and indoor restaurant dining across most of the state, while Arizona’s outbreak grew more severe by nearly every measure, and Florida closed some beaches.

Credit and debit card data tracked by JPMorgan Chase show that consumers have slowed their spending in just the past week, after a rise in late April and May.

The reversal is evident in states that are currently experiencing a virus increase and in less affected states, said Jesse Edgerton, an economist at J.P. Morgan.

Homebase, a provider of time-tracking software for small businesses, shows that the number of hours worked at its client companies has leveled off after it rose in May and early June.

Business re-openings have also flattened and the economic bounce produced by the initial lifting of shutdown orders may have run its course.

Today's job report is based on data gathered in the second week of June, so it will still likely reflect an improving hiring trend.

Last week’s plateau in hours worked will impact July jobs figures that are set for release in early August.

New York City has also postponed plans to reopen indoor seating at restaurants, NY Gov Andrew Cuomo confirmed on Wednesday afternoon as a result of a virus uptick in other states.

This would result in another round of layoffs or even limit future hiring.

McDonald’s paused its reopening efforts nationwide, Apple said it will re-close 30 more of its US stores, on top of the 47 it had already shut down for a second time. 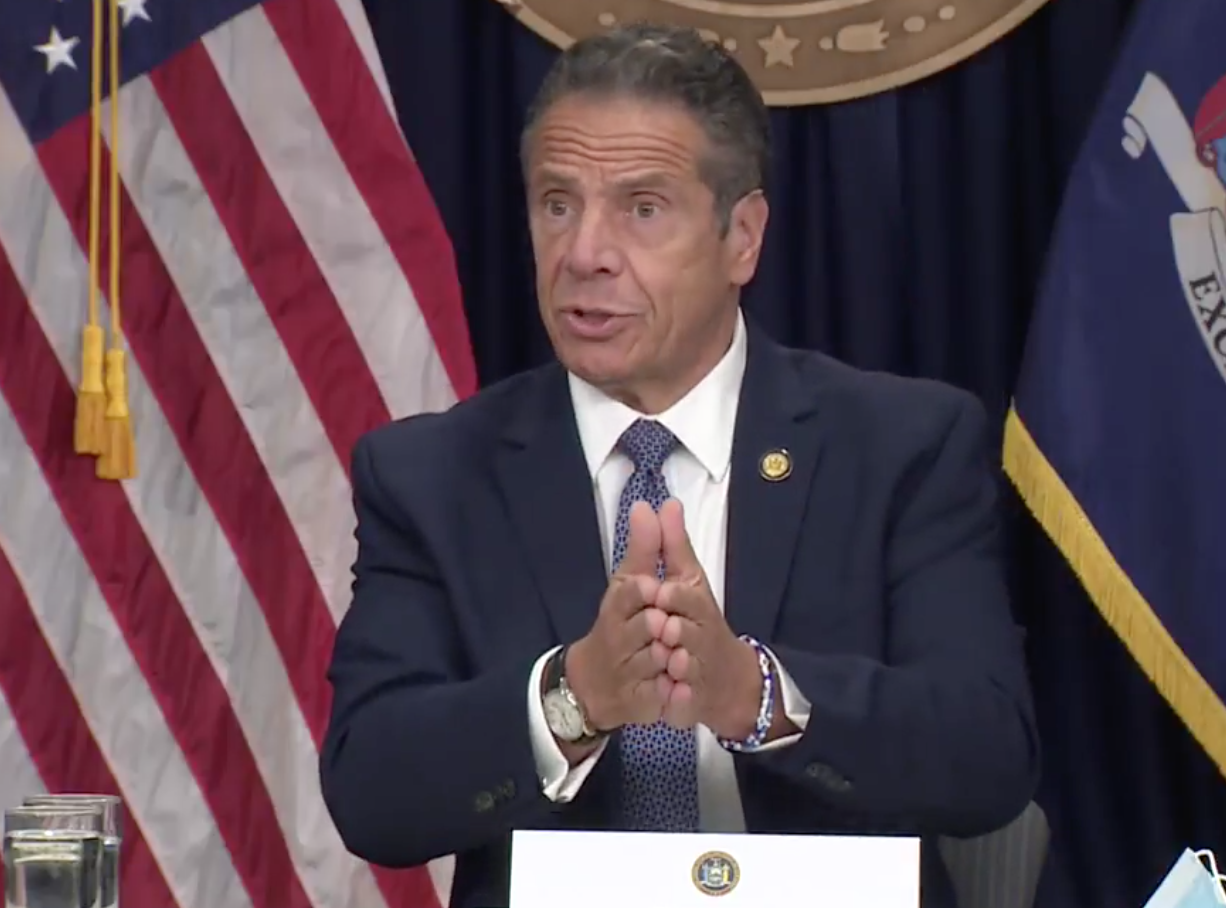 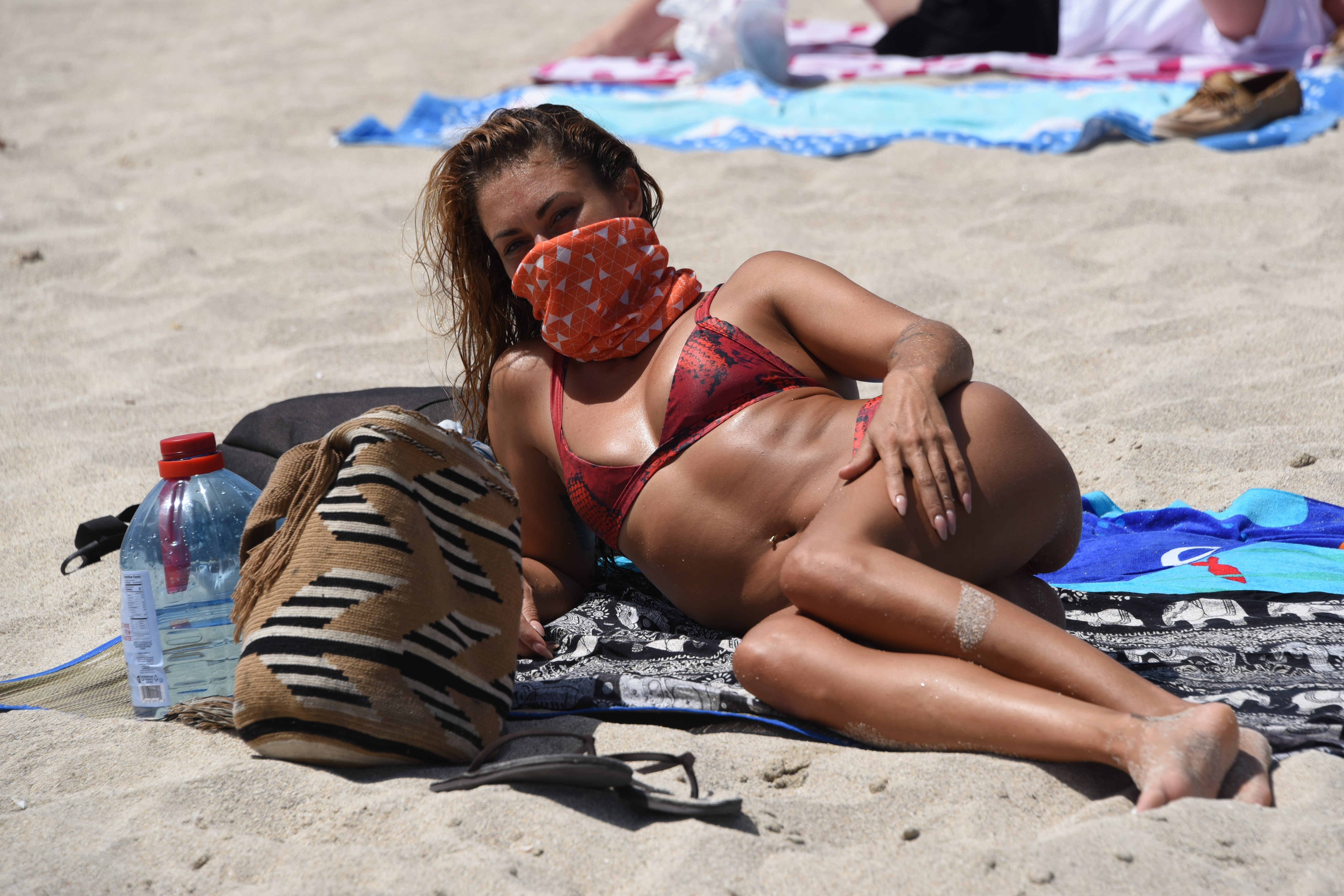 Economists now warn that the economic benefits of allowing businesses to reopen would prove short-lived if the virus wasn’t brought under control.

Until most Americans feel confident enough to dine out, travel, shop or congregate in groups without fear of infection, restaurants, hotels and retailers won’t have enough demand to justify rehiring all their previous workers.

“The path forward for the economy is extraordinarily uncertain and will depend in large part on our success in containing the virus,” Federal Reserve Chair Jerome Powell told a House committee this week.

“A full recovery is unlikely until people are confident that it is safe to re-engage in a broad range of activities.”

Still, manufacturers expanded in June after three months of shrinking, the Institute for Supply Management, a trade group, said on Wednesday.

New orders are flowing in and factories are adding more jobs, the ISM said. 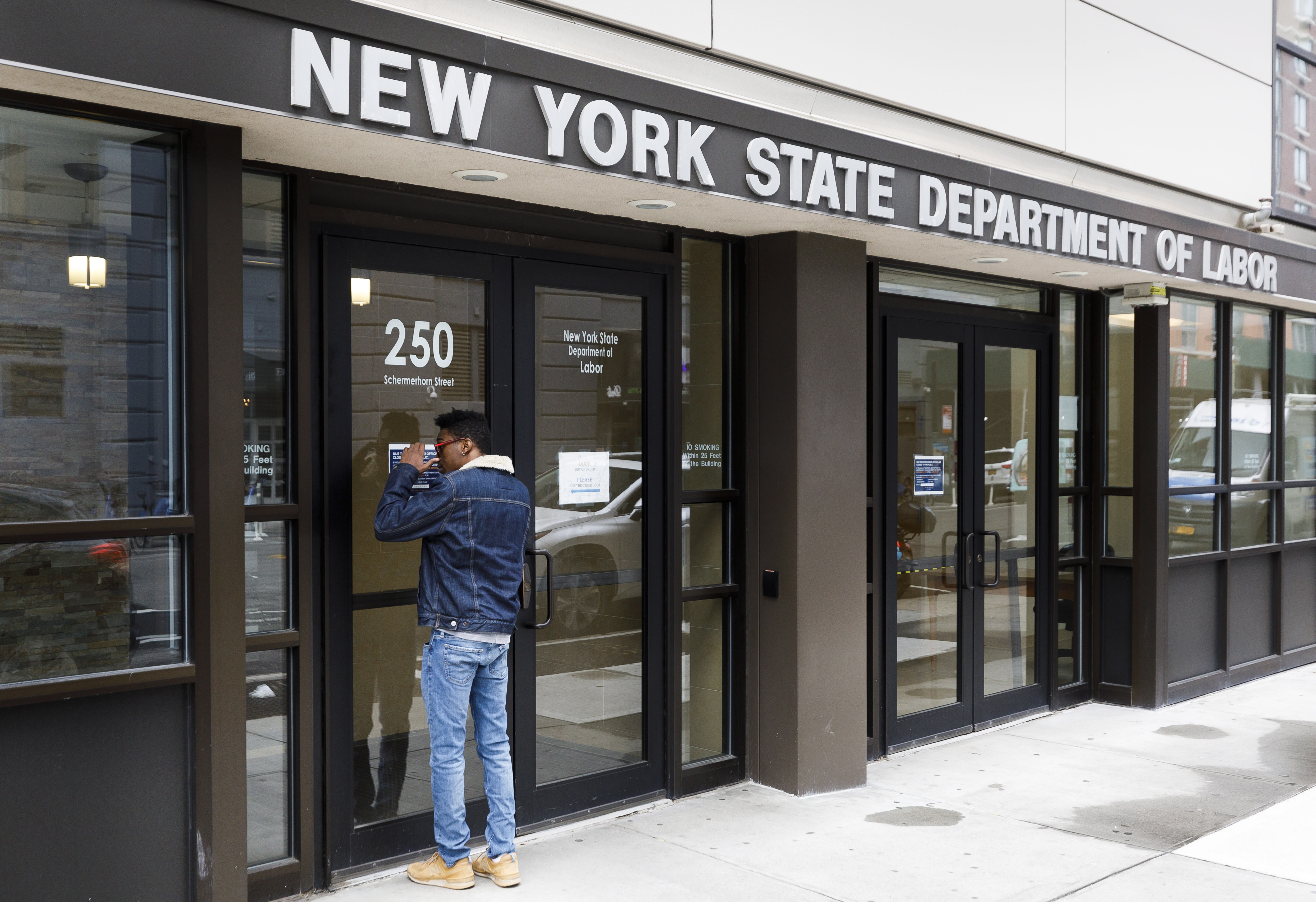 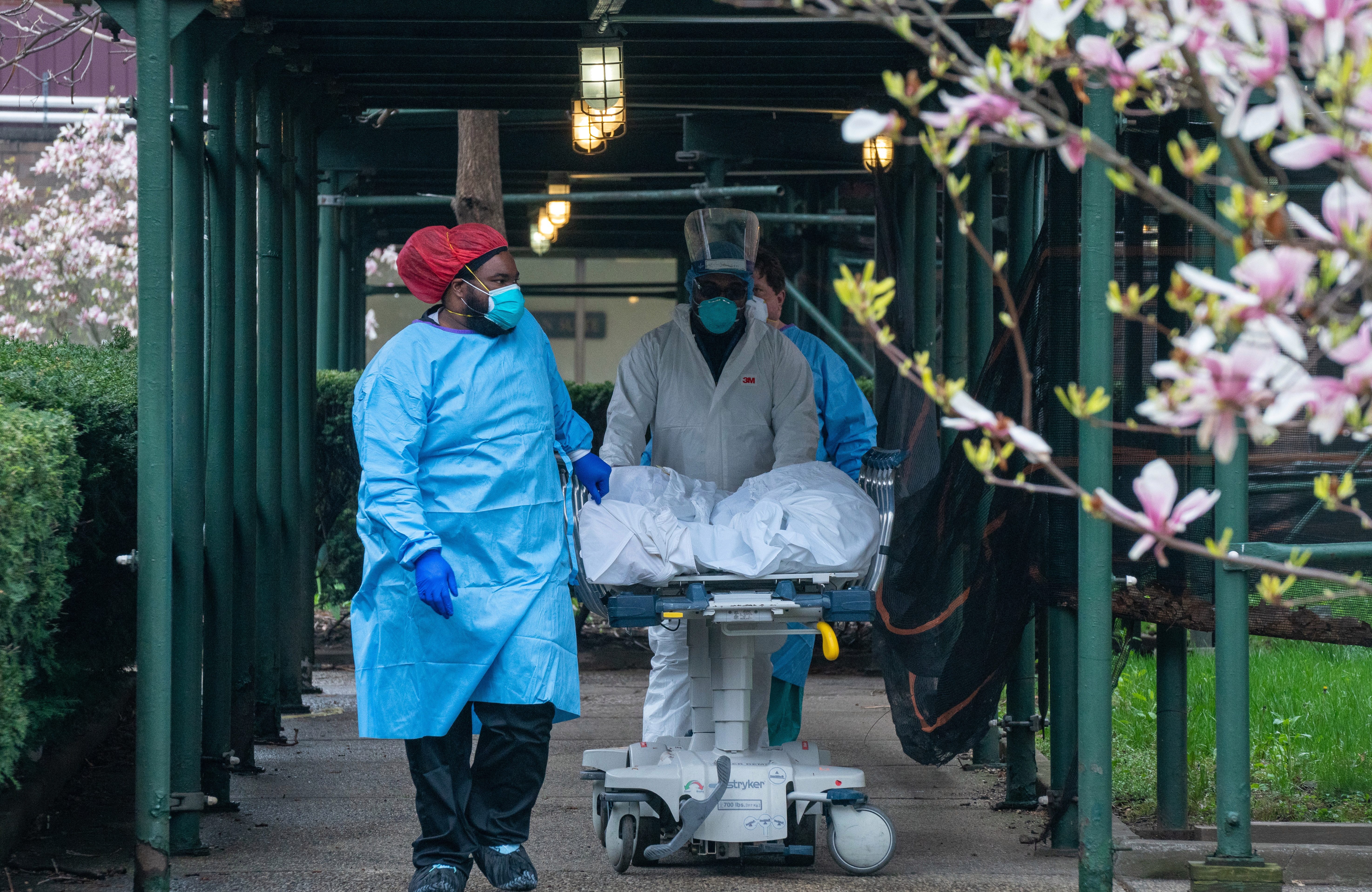 END_OF_DOCUMENT_TOKEN_TO_BE_REPLACED

END_OF_DOCUMENT_TOKEN_TO_BE_REPLACED
This website uses cookies to improve your user experience and to provide you with advertisements that are relevant to your interests. By continuing to browse the site you are agreeing to our use of cookies.Ok