PRESIDENT Trump has vowed to deploy as many as 60,000 federal agents to quell violence in cities across the US.

He also slammed Portland mayor Ted Wheeler for his failed attempt to talk things out with Black Lives Matters protesters who've been occupying a section of the city for nearly two months. 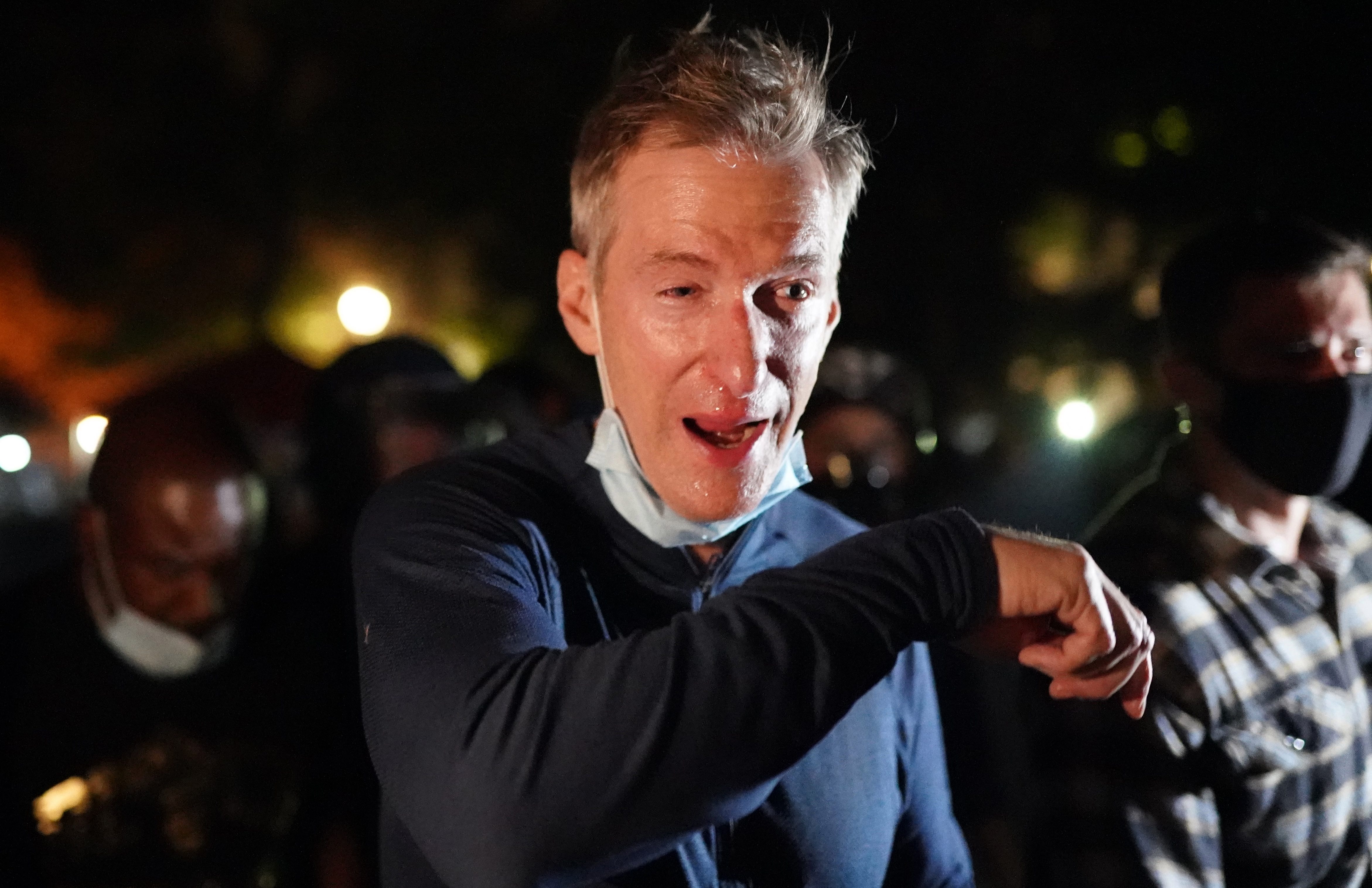 "We'll go into all of the cities, any of the cities. We're ready. we'll put in 50,000, 60,000 people that really know what they're doing," President Trump said during an interview with Fox News' Sean Hannity on Thursday Night.

He later increased the figure to 75,000 agents, but said that local authorities must ask for federal help first.

"We have to be invited in," he said. "At some point we'll have to do something much stronger than being invited in."

Black Lives Matter protests in Portland have been ongoing for more than 50 straight days. President Trump said he sent the troops in to protect federal property from being vandalized. 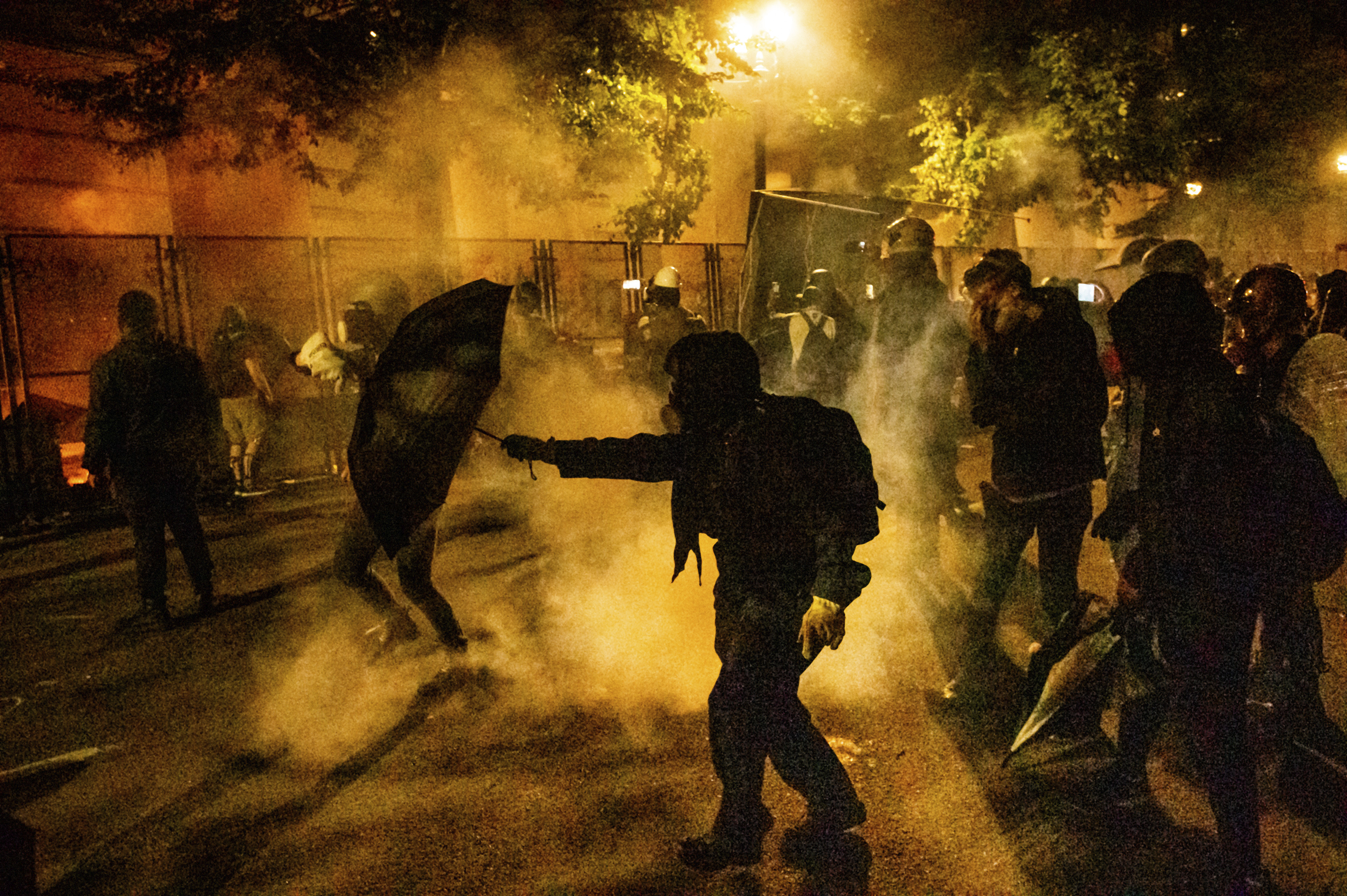 On Wednesday night, Portland Mayor Ted Wheeler attempted to rally demonstrators who have clashed nightly with federal agents. He shouted "Black Lives Matter" and pumped his fist in the air, but he was quickly jeered.

The mayor strongly opposes the presence of federal agents in Oregon's largest city.

"It is an unconstitutional occupation. The tactics that have been used by our federal officers are abhorrent," Wheeler said.

He continued: "They did not act with probable cause, people are not being told who they are being arrested by, and you've been denied basic constitutional rights." 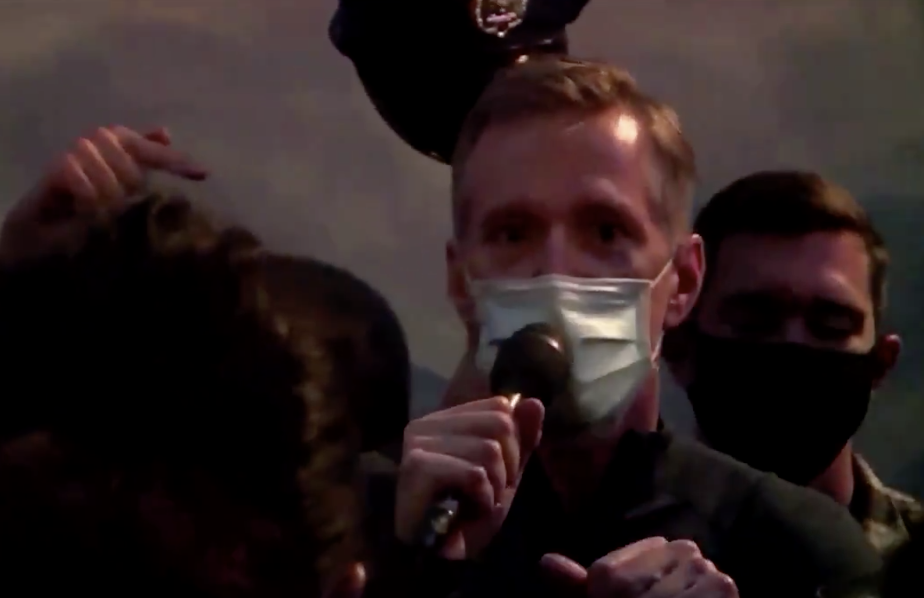 During the Wednesday night protest, which the demonstrators say is to highlight heavy-handed police tactics and racial injustice, federal agents used tear gas after protesters were seen setting fires.

Wheeler put on a pair of goggles someone handed him and drank water, but did not leave his spot at the front of the protest and continued to be hit with tear gas as the demonstration raged.

The following day, President Trump dubbed Wheeler as the "Radical Left Mayor of Portland" and called him "pretty pathetic" for attending the protest.

"Recently watched failed RINO Tom Ridge, former head of Homeland Security, trying to justify his sudden love of the Radical Left Mayor of Portland, who last night was booed & shouted out of existence by the agitators & anarchists," Trump wrote.

The tense night in Portland came a few days after President Trump vowed to send federal troops elsewhere in the country where crime rates have spiked.

Earlier this week, Trump said he would send troops into cities like Chicago and New York City, which have both seen spikes in violent crime over the last few weeks.

Despite resistance from local governments, Trump told reporters at the White House on Wednesday that he would still be sending out troops.

"We'll work every single day to restore public safety and protect our nation's children and bring violent perpetrators to justice." 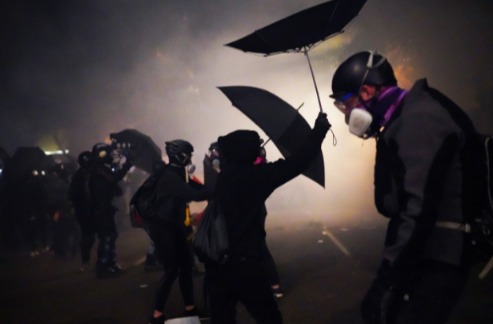