The UK has signed a £17.6billion free trade trade deal with Singapore as Liz Truss hails it as ‘further proof we can succeed as an independent trading nation’.

The International Trade Secretary shared a picture of her meeting Singapore’s trade minister Chan Chun Sing after signing the deal, which is second biggest such agreement  Britain has signed in the Asia-Pacific region.

It comes as UK and EU negotiators begin a final push to salvage chances of a post-Brexit trade deal after Downing Street warned the gaps between the two sides remain ‘very large’. 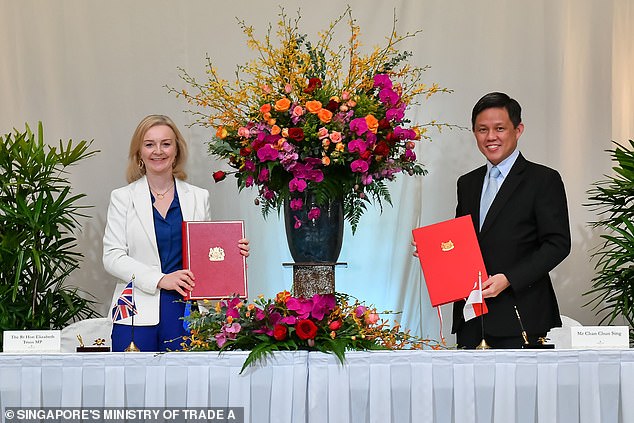 Ms Truss said the pact with Singapore ‘secures certainty’ for business, would mean ‘deeper future ties in digital and services trade’ and was ‘further proof we can succeed as an independent trading nation’.

It follows the UK and Canada reaching a deal last month to continue trading under the same terms as the current European Union agreement after the Brexit transition period ends.

The Singapore deal largely mirrors the one the city-state has with the EU, effectively allowing trade to continue as before after January 1.

Alongside the continuity deal with Singapore, the two countries also intend to launch negotiations on a digital economy agreement. 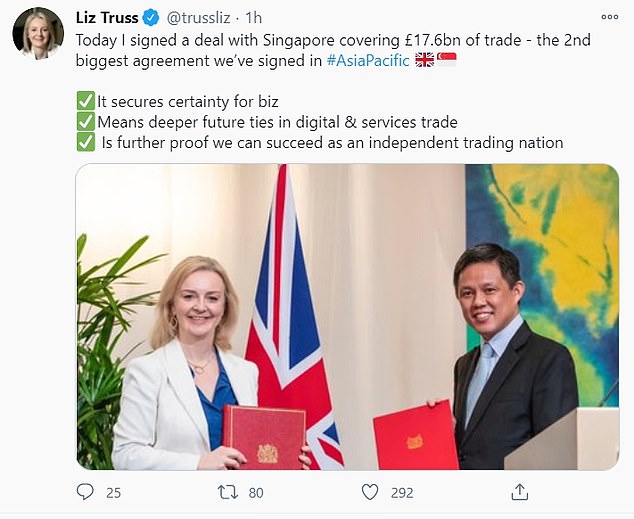 Ms Truss said the deal with proof Britain can succeed as an independent trading nation, after talks between Boris Johnson and Ursula von der Leyen failed to bring the country any closer to a deal with the EU

Ms Truss is also expected to sign a rollover deal with Vietnam to ensure trade continues on the same terms after January 1.

She said: ‘Both these agreements are vital for the UK’s future as an independent trading nation.

‘Not only do they lock in billions of pounds worth of trade, they also pave the way for new digital partnerships and joining the Trans-Pacific Partnership.

‘This will play to the UK’s strengths, as we become a hub for tech and digital trade with influence far beyond our shores, defining our role in the world for decades to come.’

Ms Truss’ announcement comes as Britain teeters on the brink of a no deal Brexit.

The PM and the EU chief took stock of the dire situation for more than three hours as they ate steamed turbot and scallops – the source of many skirmishes between UK and French fishing boats – at the commission’s HQ in Brussels.

But the pair failed to find a way through the impasse that has left trade talks on the verge of collapse, a year after Britain formally left the bloc. 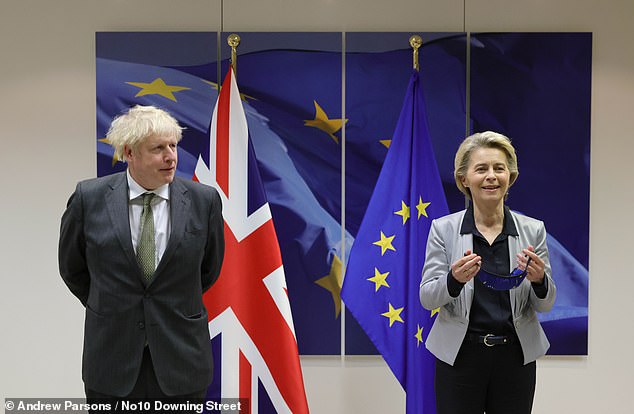 Instead they are ordering Michel Barnier and Lord Frost to re-engage, on the understanding that unless a resolution has emerged within four days the plug will be pulled. However, it is not clear if they have been given any new political instructions – thought to be critical to shift the deadlock.

Government sources confirmed that Lord Frost and Mr Barnier will resume post-Brexit trade talks in Brussels today in a bid to resolve the outstanding issues.

In a grim assessment, a No10 source said Mr Johnson did not want to leave ‘any route to a possible deal untested’.

‘The PM and Ursula von der Leyen had a frank discussion about the significant obstacles which remain in the negotiations,’ the source said. 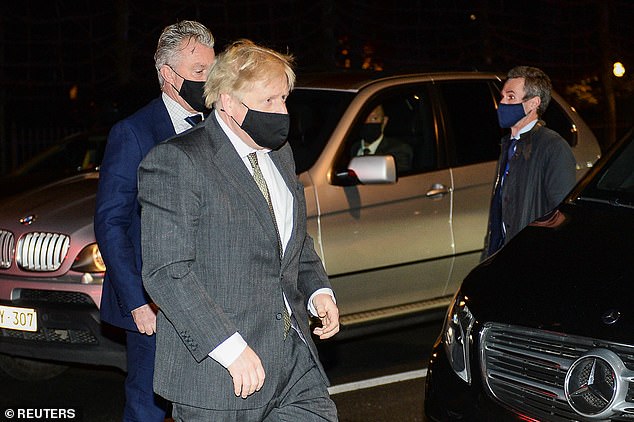 A Number 10 source said Boris Johnson ‘does not want to leave any route to a possible deal untested,’ as Britain has just days left to secure a deal with the EU

‘Very large gaps remain between the two sides and it is still unclear whether these can be bridged.

‘The PM and Ms von der Leyen agreed to further discussions over the next few days between their negotiating teams.

‘The PM does not want to leave any route to a possible deal untested.

‘The PM and Ms von der Leyen agreed that by Sunday a firm decision should be taken about the future of the talks.’