Violence receded Friday in the capital of the Solomon Islands, but the government showed no signs of addressing the underlying grievances that sparked two days of riots, including concerns about the country’s increasing links with China.

Solomon Islands Prime Minister Manasseh Sogavare sought to deflect attention from domestic issues by blaming outside interference for stirring up the protesters, with a thinly veiled reference to Taiwan and the United States.

External pressures were a “very big … influence. I don’t want to name names. We’ll leave it there,” Sogavare said. 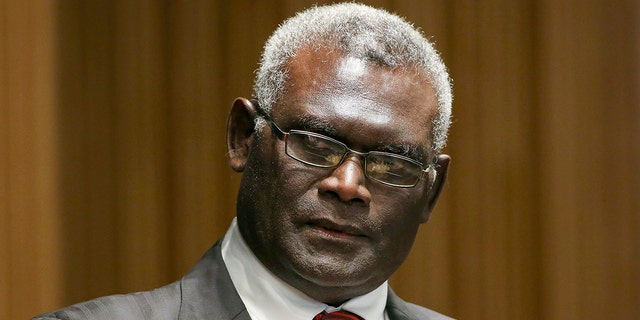 Honiara’s Chinatown and its downtown precinct were focuses of rioters, looters and protesters who demanded the resignation of Sogavare, who has been prime minister intermittently since 2000.

Sogavare has been widely criticized by leaders of the country’s most populous island of Malaita for a 2019 decision to drop diplomatic ties with Taiwan in favor of mainland China. His government, meanwhile, has been upset over millions in U.S. aid promised directly to Malaita, rather than through the central government.

Those issues are just the latest in decades of rivalry between Malaita and Guadalcanal, where the capital, Honiara, is located, said Jonathan Pryke, director of the Sydney-based Lowy Institute think tank’s Pacific Islands program.

“Most of the drivers of the tension have been in the country for many decades and generations, and a lot of it is born out of the abject poverty of the country, the limited economic development opportunities and the inter-ethnic and inter-island rivalry between the two most populous islands,” he said.

“So everyone’s pointing fingers, but some fingers also need to be pointed at the political leaders of the Solomon Islands.”

The Solomon Islands, with a population of about 700,000, are located about 1,000 miles northeast of Australia. Internationally they are probably still best known for the bloody fighting that took place there during World War II between the United States and Japan.

Riots and looting erupted Wednesday out of a peaceful protest in Honiara, primarily of people from Malaita demonstrating over a number of grievances. Police fired tear gas and rubber bullets at the demonstrators, who set fire to the National Parliament, a police station and many other buildings.

Protesters defied a lockdown declared by Sogavare on Wednesday to take to the streets again on Thursday.

Critics also blamed the unrest on complaints of a lack of government services and accountability, corruption and Chinese businesses giving jobs to foreigners instead of locals.

Since the 2019 shift in allegiance from Taiwan to China there has been an expectation of massive infrastructure investment from Beijing — locally rumored to be in the range of $500 million — but with the outbreak of the COVID-19 pandemic shortly after the shift, none of that has yet materialized.

Malaita threatened to hold a referendum on independence over the issue, but that was quashed by Sogavare’s government.

Sogavare said Friday that he stood by his government’s decision to embrace Beijing, which he described as the “only issue” in the violence, which was “unfortunately influenced and encouraged by other powers.”

“I’m not going to bow down to anyone. We are intact, the government’s intact and we’re going to defend democracy,” he said.

More than broad geopolitical concerns, however, Pryke said the demonstrations really boiled down to frustration over the lack of opportunities for a largely young population, and the concentration of much of the country’s wealth in the capital.

“I guarantee you the vast majority of the people involved in the rioting and looting couldn’t point China or Taiwan out on a map,” he said. “They were there as opportunists because they have had very limited economic opportunity. It’s a very poor country with high youth unemployment, and this just shows how quickly these things can spiral out of control in a country that’s volatile.” 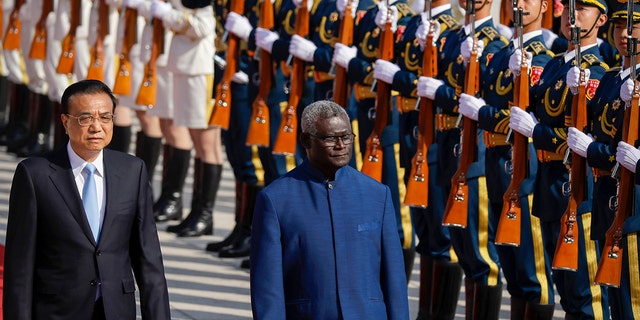 “I think it’s part of the power competition between United States and China because China also is extending its influence into the Pacific region and also taking advantage of this opportunity to compromise the U.S. so-called Indo-Pacific security strategy,” he said. “So island countries in the South Pacific regions are a vitally important part of the U.S. Indo-Pacific security umbrella.”

Up to 50 more Australian police as well 43 defense force personnel with a navy patrol boat were scheduled to arrive on Friday.

They were requested by Sogavare under a bilateral treaty with Australia, and the presence of an independent force, though small, seemed to help quell some of the violence.

Australia has a history of assisting the Solomon Islands, stepping in after years of bloody ethnic violence known as “the tensions” in 2003. The Australian-led international police and military force called the Regional Assistance Mission to Solomon Islands helped restore the peace and left in 2017.

The Australian personnel are expected to be on hand for “a matter of weeks,” according Australian Foreign Minister Marise Payne.

Payne told reporters on Friday that she had no indication that other countries had stirred up the unrest.

“We have not indicated that at all,” Payne said.

Australia is not assisting in the protection of the National Parliament and the executive buildings, in a sign that it was not taking political sides.

“We’ve been very clear. Our view is we don’t want to see violence,” Payne said. “We would very much hope for a return to stability.”

Local journalist Gina Kekea said the foreign policy switch to Beijing with little public consultation was one of a mix of issues that led to the protests. There were also complaints that foreign companies were not providing local jobs.

“Chinese businesses and (other) Asian businesses … seem to have most of the work, especially when it comes to extracting resources, which people feel strongly about,” Kekea said.

Protesters were replaced by looters and scavengers on Friday in Chinatown, Kekea said.

“It’s been two days, two whole days of looting and protesting and rioting and Honiara is just a small city,” Kekea said. The capital has 85,000 residents. 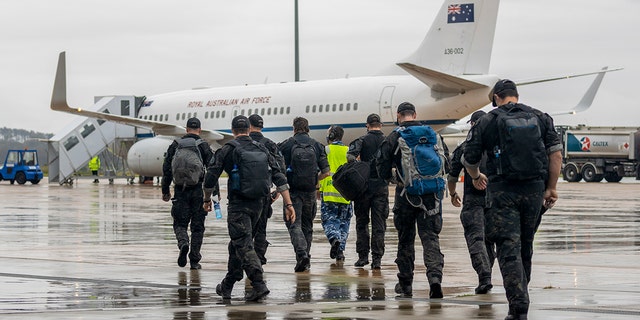 “So I think that there’s nothing much left for them to loot and spoil now,” she said.

Australian Prime Minister Scott Morrison questioned whether Chinese citizens and businesses were being targeted. He described the unrest as “a bit of a mixed story” and noted Chinatown was the scene of rioting before Australia’s 2003 intervention.

Chinese Foreign Ministry spokesperson Zhao Lijian on Friday condemned the violence and stressed Beijing’s support for the Solomon Islands government. He said China was taking measures to safeguard the safety and rights of Chinese people and institutions in the country.

“We believe that under the leadership of Prime Minister Sogavare, the Solomon government can restore order and stabilize the internal situation as soon as possible,” he said.

The establishment of diplomatic ties with Beijing “has won sincere support of the people,” and “any attempts to undermine the normal development of China-Solomon relations are futile,” Zhao said.