Home » World News » Waiting for Gobbo: Should the buck stop with the cops?

Waiting for Gobbo: Should the buck stop with the cops?

It's a mystery to me – the game commences
For the usual fee – plus expenses
Confidential information – it's in a diary
This is my investigation – it's not a public inquiry.

Well, to be accurate, it is a public inquiry – the Royal Commission into the Management of Police Informants, which is really about one such informant: former barrister Nicola Gobbo. 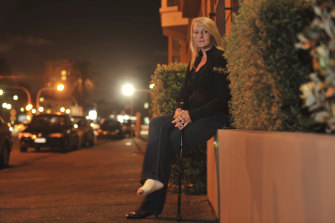 No longer sitting on the fence: Nicola Gobbo.Credit:Joe Armao

To some (the squeaky clean Camelot Crew) police are guilty of a monstrous conspiracy to pervert the course of justice by using Gobbo’s gossip, while others (Dirty Harry Devotees) think you do what you need to do to lock up baddies.

Chris Winneke, QC, Counsel Assisting the Commission, suggests police were blinded by their desire to stop the underworld war and ignored their greater duty to the justice system.

“Put simply, noble-cause corruption is the belief that the ends justifies the means, the noble cause being the putting of criminals behind bars,” he says.

Actually there is no such thing as noble-cause corruption. There is corruption, whether the motive is accepting bribes to keep crooks out of jail or fabricating evidence to put them in there.

A decent policeman once told me cops who planted evidence or faked statements were too lazy or stupid to do the job properly. He also said they were too egotistical to accept there wasn't enough evidence to get a legitimate conviction.

It is fair to say Winneke took no prisoners in his submission, which turned a blowtorch on police from the handlers to the top brass.

The irony is that the royal commissioner, Justice Margaret McMurdo, has already said she too will not be taking prisoners, as she is disinclined to recommend criminal charges.

The reasons are twofold: witnesses are compelled to answer questions, which takes away their right to avoid self-incrimination; and the duty of a commission is to find the truth and recommend changes to stop the same mistakes being made again.

Whether charges should be laid, we were told, would be a matter for the Office of Public Prosecutions – but the OPP says that while they prosecute criminal breaches, they don’t investigate them. 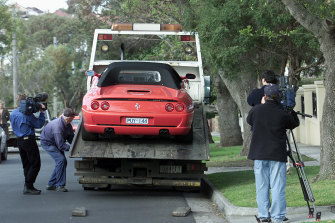 While magistrates, judges and senior barristers repeatedly warned her she was breaking conventions by socialising with shady clients, no one did anything officially. She was not subject to a professional investigation and was not warned, admonished or punished.

Everyone turned a blind eye.

The Royal Commission (quite rightly) is examining the case of a witness known as "Mr Cooper", a drug cook who worked for the Mokbels for years.

Gobbo and Cooper were close (he says it was sexual, she says it wasn’t). Gobbo tipped off police he was doing a cook in Pascoe Vale and later advised him to plead guilty to get a sentence discount.

As it was the third time he had been caught and this time he was in the lab (he stunk so much of drugs they ended up selling the unmarked police car), pleading guilty was the smart thing to do.

He worked as a police agent gathering evidence against others – evidence that will now be examined to see if it was admissible.

From the age of 14 he was close to the Mokbels and manufactured drugs for them for years but when Tony tried to force him to plead guilty to previous charges to protect one of his brothers, Cooper knew he was on borrowed time.

Gobbo says she did not betray professional privilege relating to passing on the drug lab information as theirs was not a client-lawyer relationship. She also says it was in Cooper's interest to plead guilty. “The advice she gave Cooper was appropriate in the circumstances,” her counsel submitted.

Gobbo’s advice to Cooper to plead guilty is under the microscope yet when she stopped Cooper’s brother from doing exactly the same on the orders of the Mokbels it is of no interest to anyone.

According to a key police informer, when Cooper’s brother was arrested in 2003 over a Rye drug lab he was on the verge of confessing and implicating others when Paul Dale rang Gobbo.

“She was coming in and out of the police station and she would come and talk to Horty [Mokbel, brother of Tony] and me around the corner.”

The commission’s job is to deal with how police handled Gobbo, but the question remains: Does the buck stop with the cops?

At the commission Gobbo used the second grader's excuse: “I didn’t mean it – they made me do it – don’t pick on me.”

Her lawyers argue the commission wants her head on a plate without looking at others further up the legal food chain: “There was material to suggest two current Supreme Court judges, the Commonwealth Director of Public Prosecutions (CDPP) and DPP/OPP knew of Ms Gobbo at the very least acting in conflict.”

The Royal Commission has missile-locked on a model of a widespread conspiracy by police to use Gobbo even though they knew it was wrong. But what if they thought what they were doing was right? That if Gobbo breached her ethics that was her business?

Gobbo has been portrayed as a lone black sheep yet the commission received evidence that another lawyer had laundered tainted cash for Tony Mokbel at a Queensland casino.

The response was the legal equivalent of breaking wind in a crowded elevator. Everyone can smell it but no one has the slightest interest in identifying the offender. Better to stare straight ahead, hold your breath and pretend it didn’t happen.