Home » World News » Wareham Forest fire – where did it start and which areas are affected? – The Sun

Wareham Forest fire – where did it start and which areas are affected? – The Sun

A MAJOR incident has been declared after a huge blaze broke out at Wareham Forest in Dorset.

But where did it start and which areas have been affected by it? 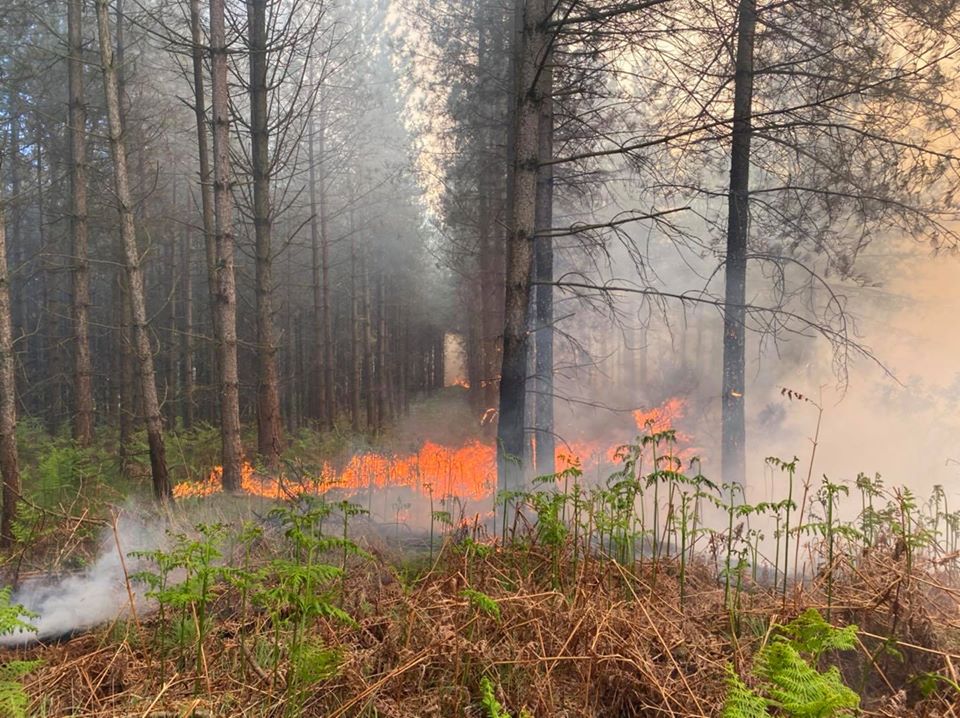 Where did the fire start?

According to reports, the fire started at in Wareham Forest, Dorset on May 18.

Somerset Live says the blaze was concentrated from an area called Sugar Hill, on Bere Road in Wareham.

The Dorset and Wiltshire fire service said they currently don't know how it was started but an investigation is ongoing.

Fire service spokesman Craig Baker said: "It was a wind-driven fire that was roaring across the health land, so we asked for 25 engines and other support vehicles that can get into the real centre of the fire where we need it to.

“We had other difficulties to deal with – a major National Grid power line runs right through the area so we’ve had to take necessary precautions as a result.” 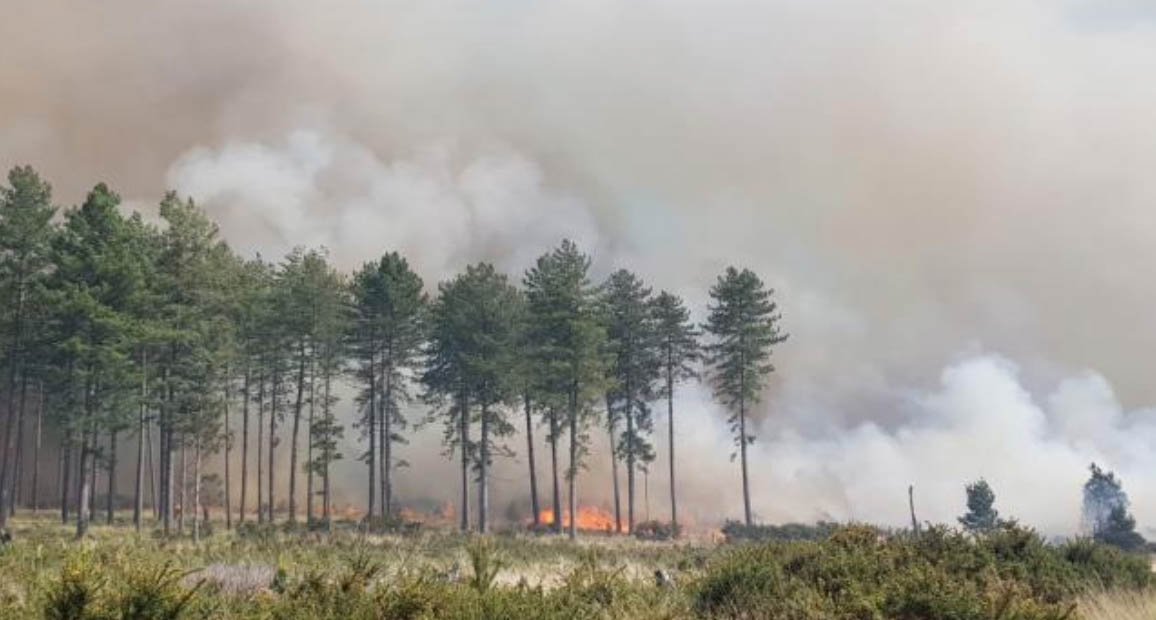 Which areas are affected by the blaze?

Crews from the Dorset and Wiltshire Fire and Rescue Service (DWFRS) are tackling the blaze with hosereel jets and beaters after it tore through 180 hectares of woodland.

Smoke was seen as far away as Poole – over 12 miles away.

Power supplies in the area had been affected but this has now been restored and surrounding roads have been closed.

Roads including the A35 were closed, but have since been reopened.

A post on Facebook from Poole Police said: “The A35 is open – but please proceed with caution as we may need to close it again at short notice. Public safety is out absolute priority.

“If your journey is not essential, we recommend you continue to avoid the area just in case.

“The Bere Road and Sugar Hill are still closed. This will be for the entire day and possibly into Wednesday also.

“Please do not approach the road block to ask police or firefighters if the road is still closed.

“Please take advice from clear signage. If you need to find an alternative route, please use GPS devices within your mobile phone or Sat Nav.” 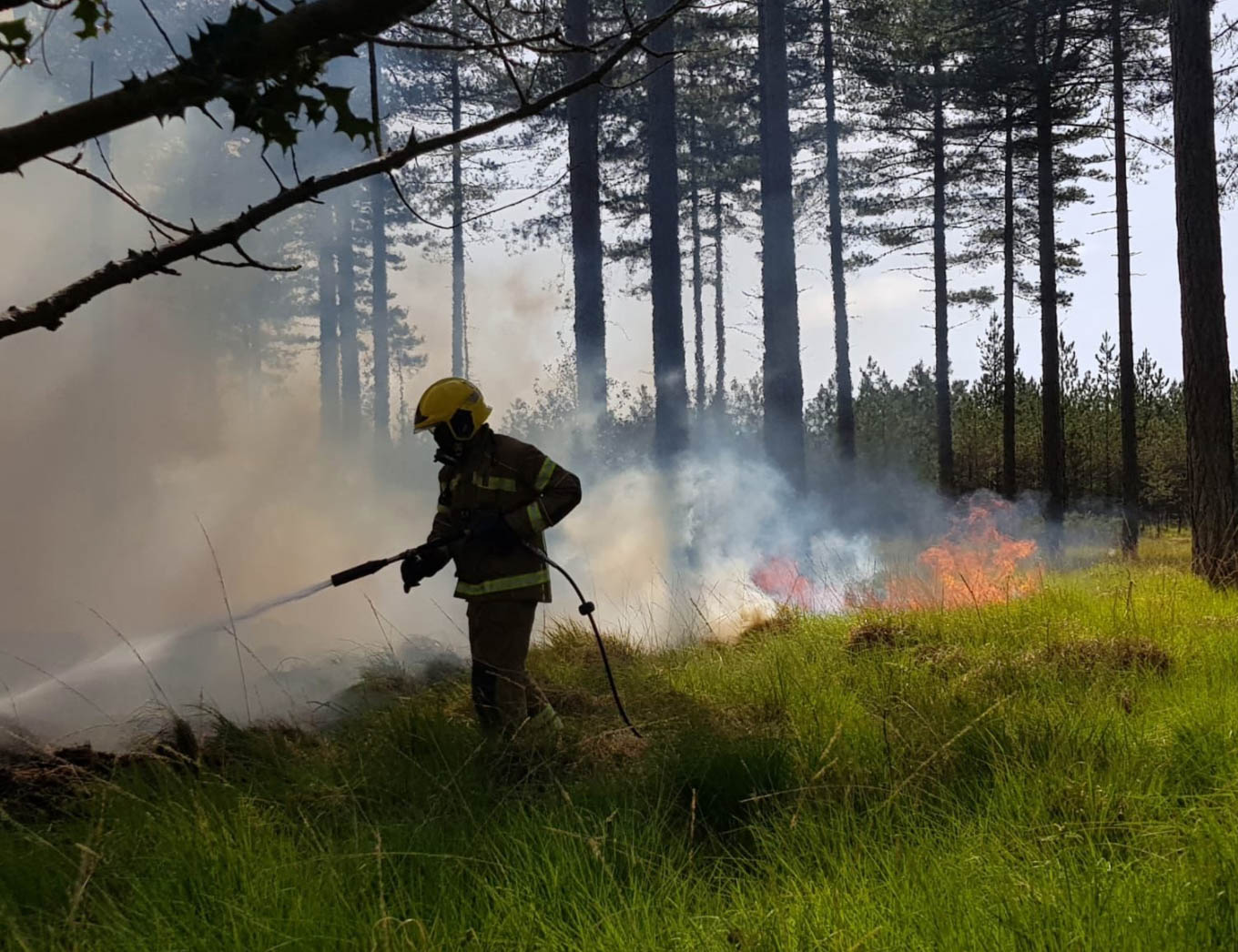 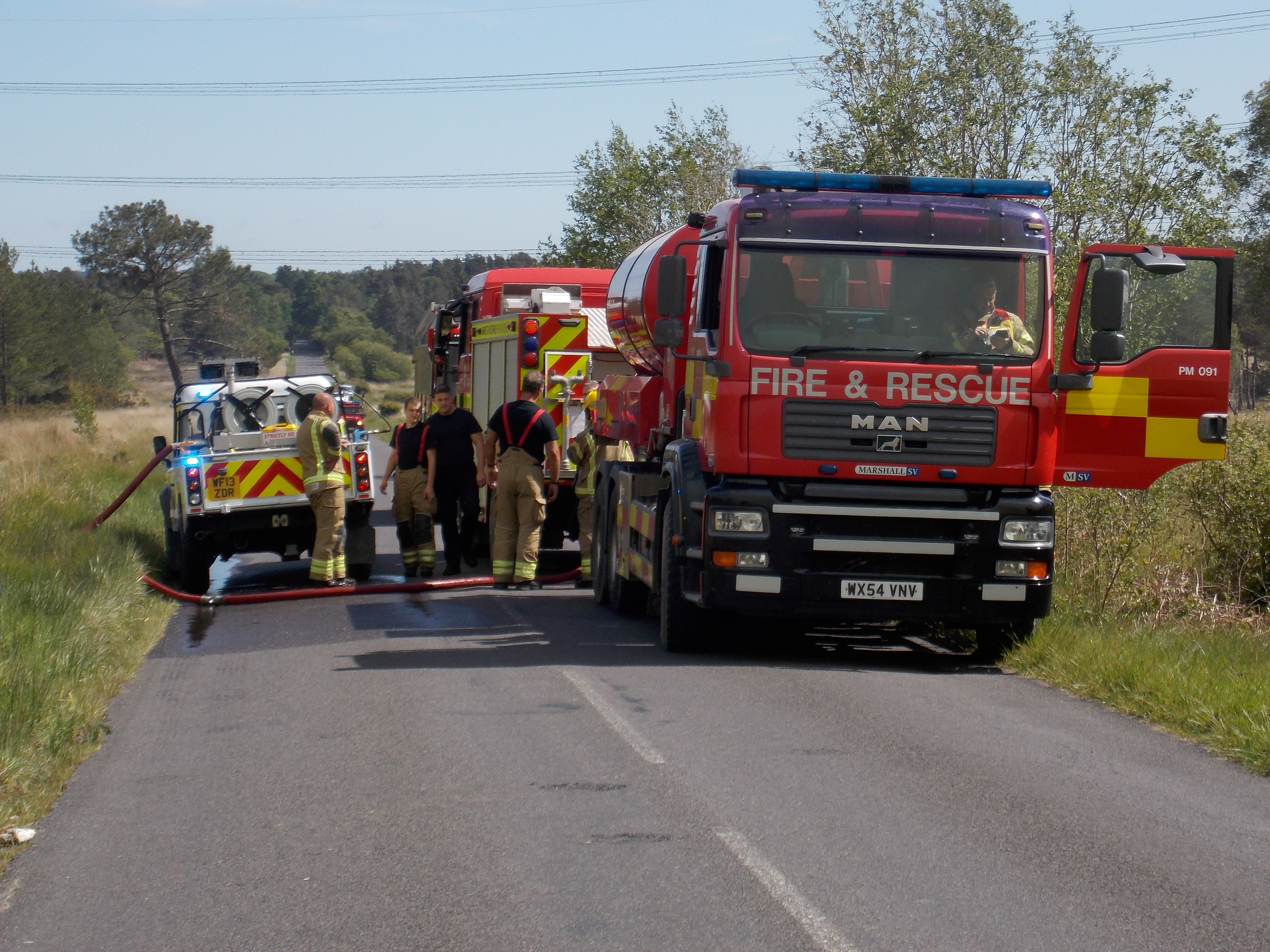 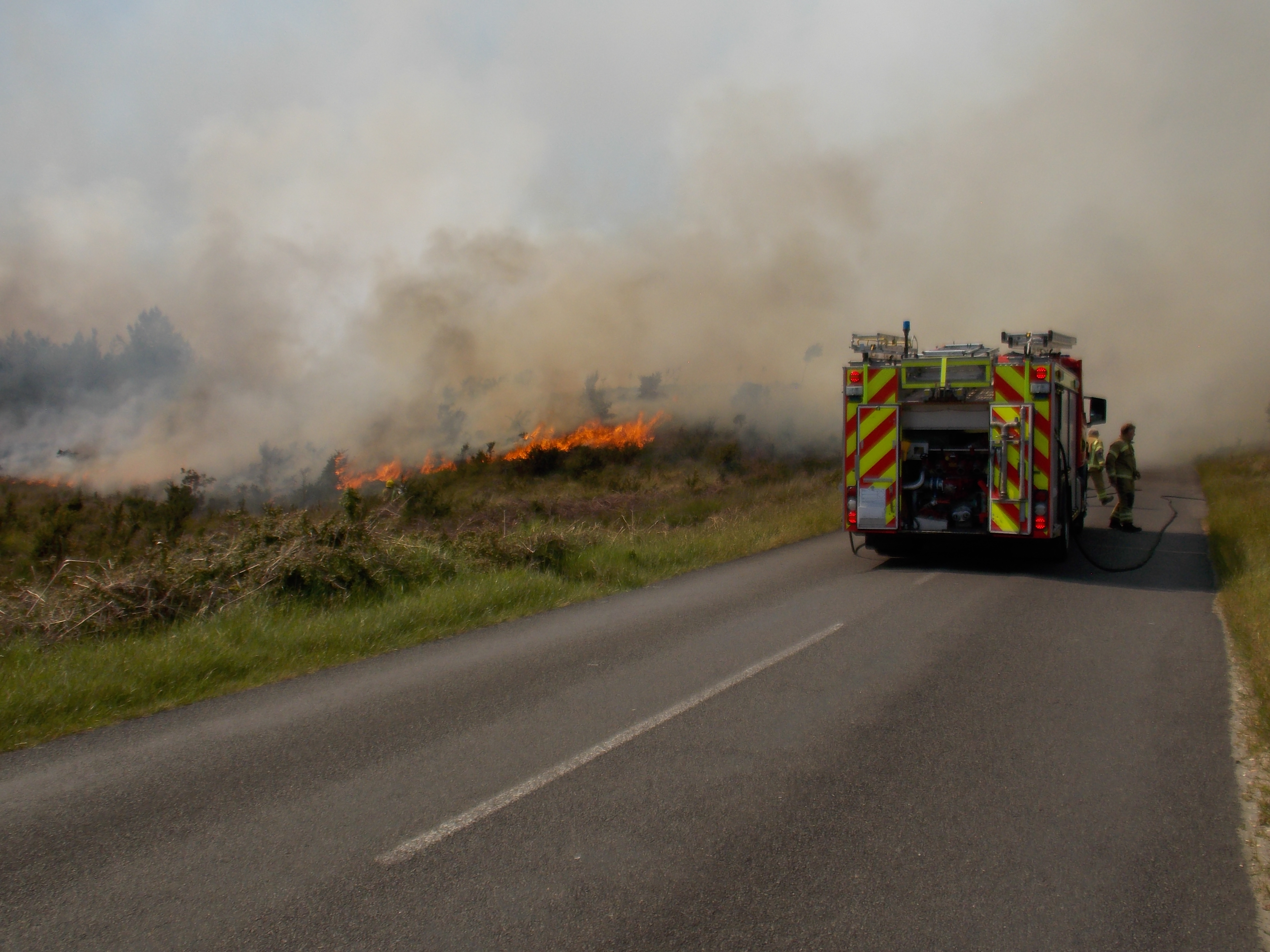