Tenor for a pint! Wetherspoon completes £700,000 restoration of the ceiling of pub in old opera house in Royal Tunbridge Wells

Wetherspoon has completed the £700,000 restoration of the ornate ceiling of The Opera House pub in Royal Tunbridge Wells.

It was in need of a revamp after patches of the roof began to crumble.

Punters can now safely enjoy a pint in the Grade II listed building for decades to come.

Craig Beardmore, Wetherspoon’s property manager who oversaw the restoration, said: ‘Wetherspoon invests heavily in its historic buildings for future generations, almost providing a civic service and duty to ensure the upkeep of some incredible landmark premises.

‘With all historical buildings, essential improvements are required to ensure that they never reach that critical stage.’ 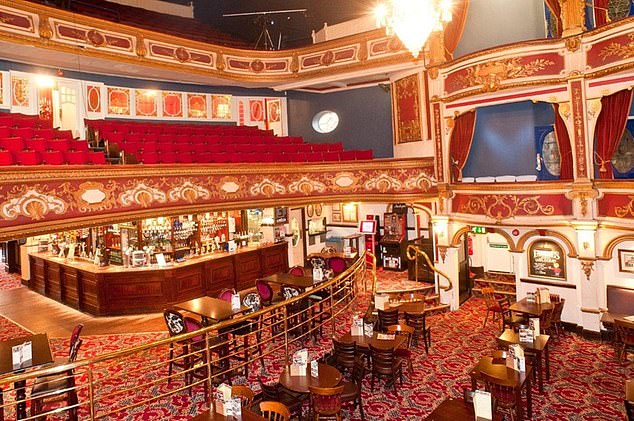 The roof was in need of a revamp after patches began to crumble. Pictured: The pub, complete with theatre seating from when the venue was an opera house

During World War II, a Luftwaffe pilot dropped an incendiary bomb to save fuel on his way back to Germany.

It didn’t explode but got caught in the proscenium arch and set the stage on fire. 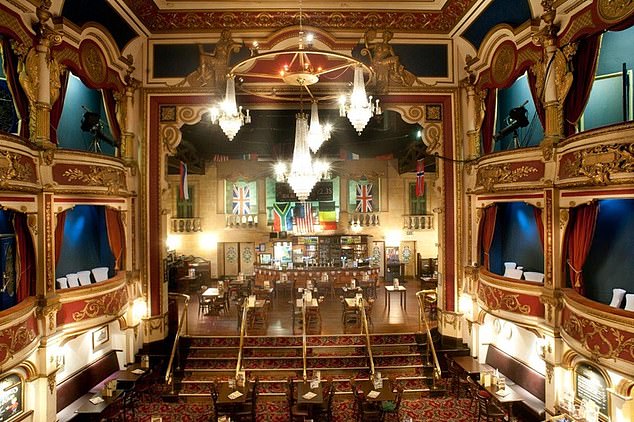 After a renovation, J D Wetherspoon bought the historic site in 1996 and turned it into a public house.

Ross Markwick, pub manager at the Opera House, said: ‘Our pub is housed in a local historic landmark enjoyed by so many people and, as the current custodians, Wetherspoon is responsible to ensure its preservation for now and the future.

‘This most recent investment, helping to keep this iconic building looking its best, highlights that commitment and we are proud to be a part of the Tunbridge Wells community at Opera House.’

The pub was forced to close in early March 2020 after a safety audit discovered it posed a risk to people in the building.

A crash deck was installed by Wetherspoons to allow the pub to reopen late March 2020.

Crash decks are used in the construction industry to allow working to be safe at height and to shield people from possible falling debris.

At the time, Wetherspoon spokesman Eddie Gershon said: ‘The pub is closed until March 18 to have a crash deck erected.

‘This was required after a safety audit was carried out on the roof.’

He continued: ‘The pub will also have a complete new roof put on over the coming months.’

Then the country went into lockdown and the renovation like many others was postponed. 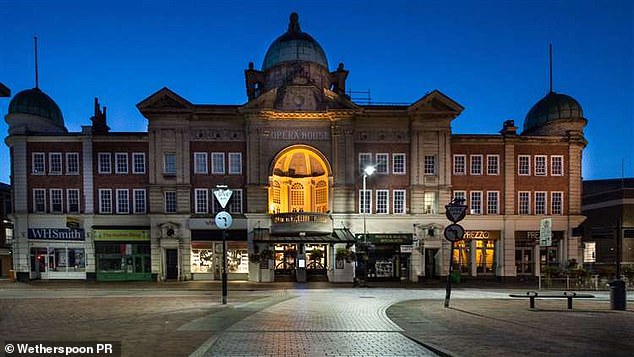