A hospital worker who lived with a pain in her nose for 37 years has finally discovered the truth behind her niggling affliction – a yellow tiddlywink she got stuck up there aged 8.

The pain in Mary McCarthy’s nose only worsened after she got a Covid-19 test last year, which involves having a swab poked high up into both nostrils.

She soon underwent surgery to find the cause of the painful irritation, with surgeons shocked to pull out a yellow tiddlywinks piece she had lodged in her nose since se was a child.

The piece had been stuck up Ms McCarthy’s nose for so long that calcified matter had even grown around it.

The extraction allowed the hospital kitchen worker to breathe through her right nostril for the first time in eight months, after the Covid test had lodged it further inside her nose and caused an infection, according to Stuff. 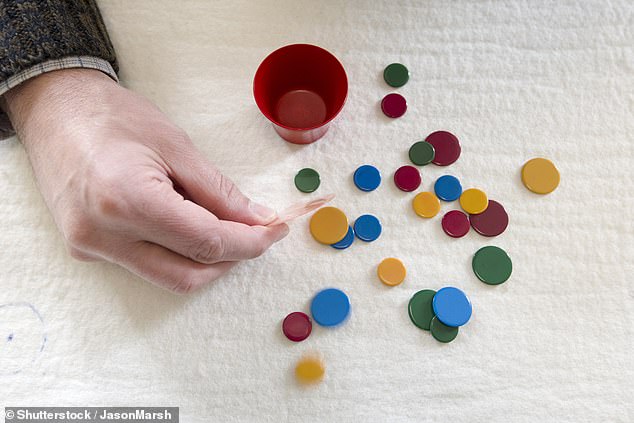 Now recovering at home, the 45-year-old recalls playing the game with her seven siblings as an eight-year-old- and vividly remembers the family putting pieces up their nose and ‘blowing them out to see how they would go’.

‘One time I accidentally inhaled one instead of blowing it out, and I was a bit too scared to tell my mother, so I didn’t,’ she said.

‘I remember being terrified at the time, thinking “where it has gone”.

‘I always had difficulties breathing through my nose over the years but never gave it much thought.’

Tiddlywinks is game from England devised in the 1860s, which involves players using a ‘squidger’ – made of plastic – to shoot a small ‘wink’ into a pot. 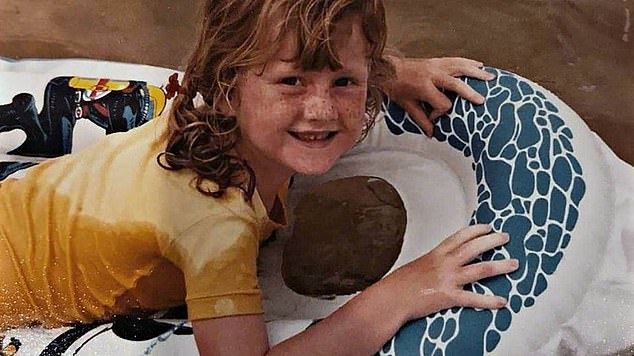 After the Covid test, Ms McCarthy was in pain for several days and soon developed sinus issues.

Her nose constantly ‘leaked’, she said, and left her in excruciating pain, with doctors assuming she had a chronic sinus condition.

It was only when the pain became so excruciating that she was forced to go to the emergency department at Christchurch Hospital that doctors realised something more serious was wrong.

She had a CT scan, which showed an object was lodged far up her nose, but it proved too difficult to extract when she was awake.

The operation was a success, and Ms McCarthy has even been allowed to keep the tiddlywink as a memento. 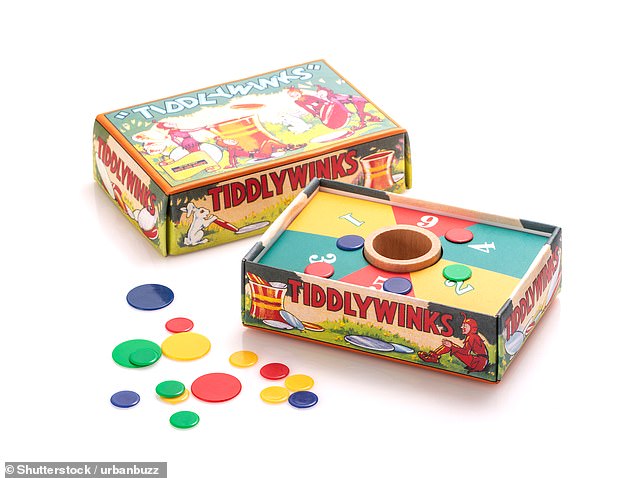 Tiddlywinks (pictured) is game from England devised in the 1860s, which involves players using a ‘squidger’ – made of plastic – to shoot a small ‘wink’ into a pot