A WOMAN claims her veins and blood cells burst after having a reaction to a Covid jab.

Courtney Keating said she was forced to use a wheelchair for a month after the extreme reaction. 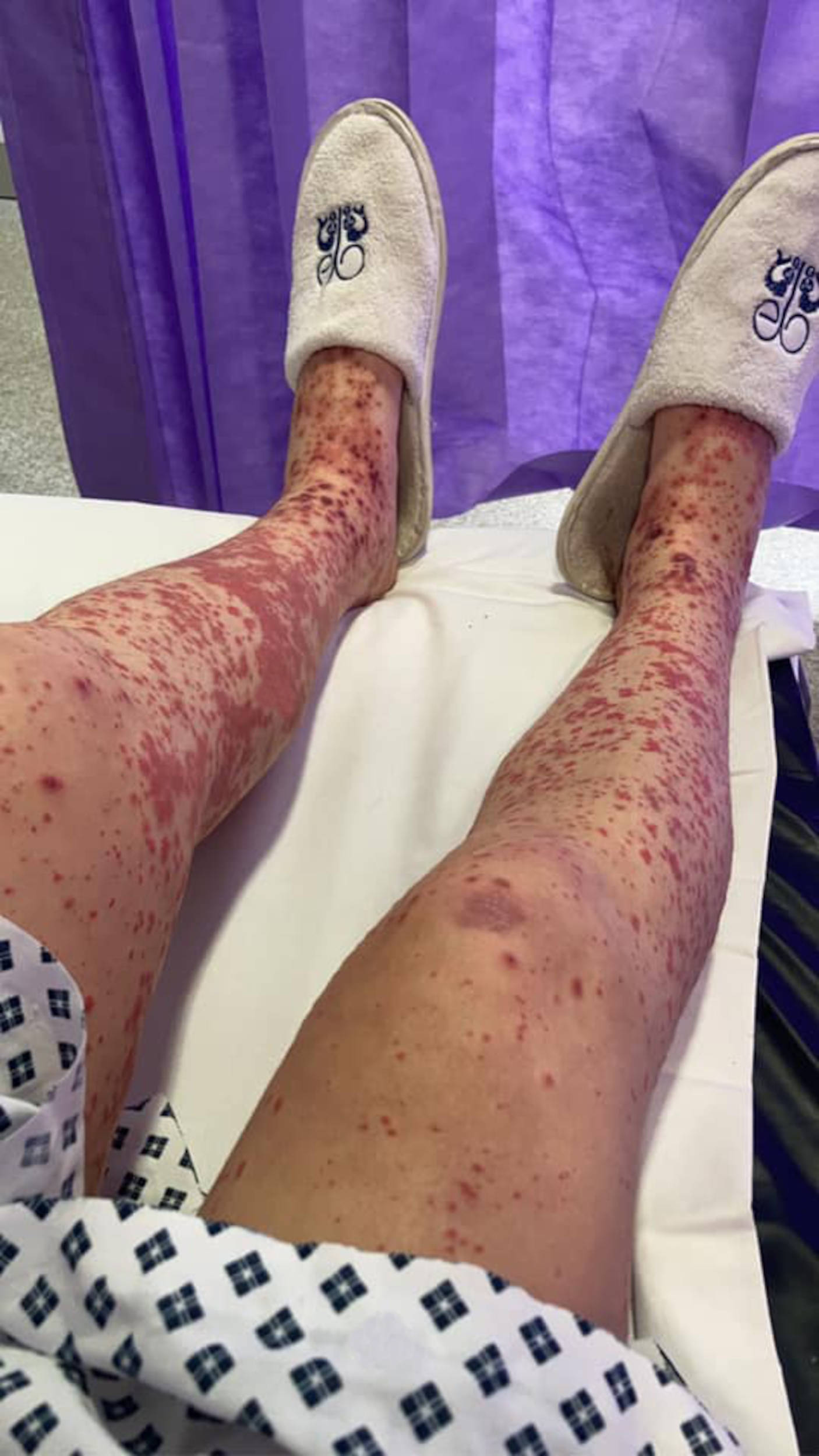 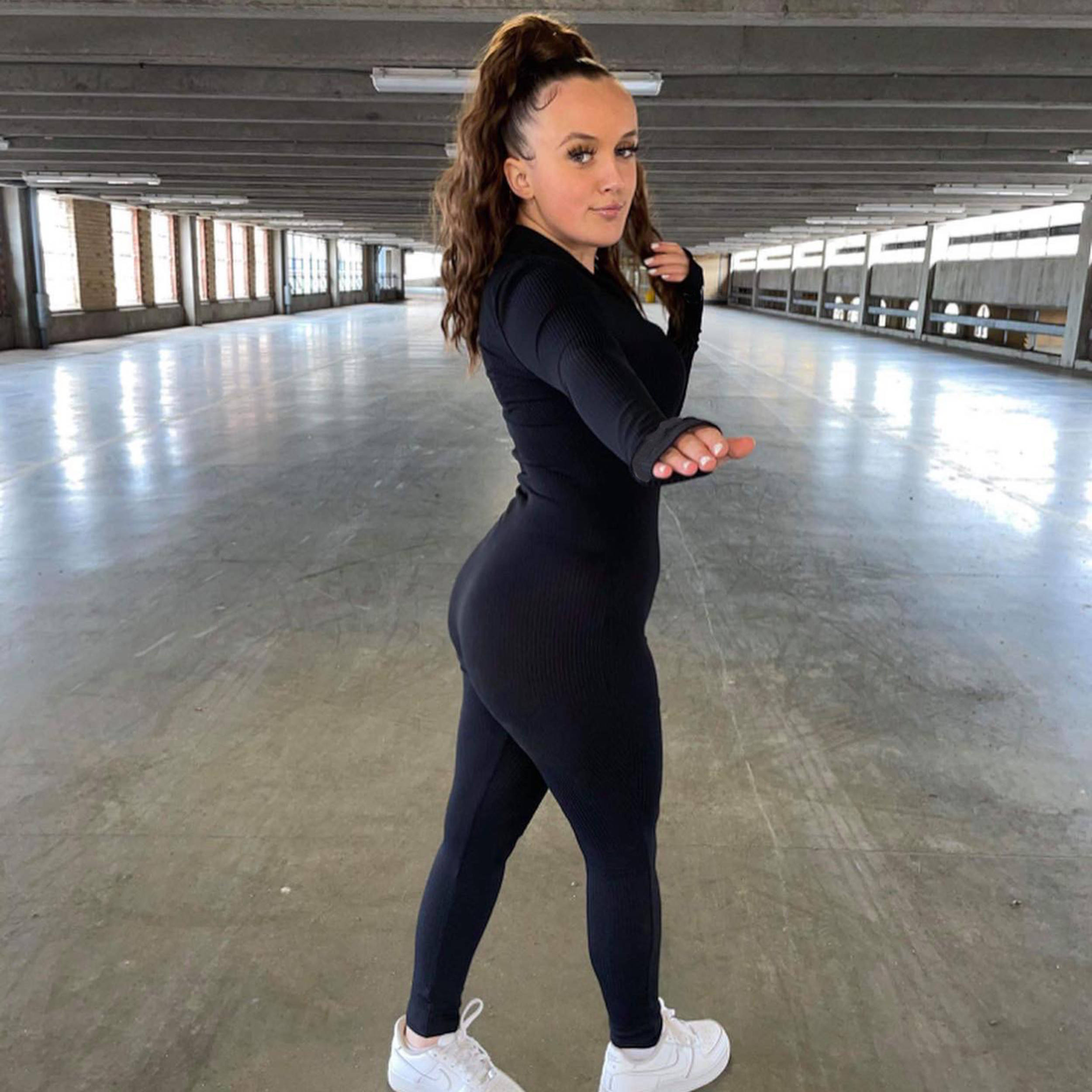 The young woman, from London, claims she was in hospital for four weeks and left unable to walk after her nerves and joints were affected.

She posted on Facebook about her experience, saying medics told her if she hadn't come into hospital when she did it may have been fatal.

Courtney claimed the vaccination caused bleeding under her skin, as she shared photos of her legs covered in purple marks on Tuesday.

Experts agree getting vaccinated far outweighs any small risk of an adverse side effect.

There have been incidents where people have suffered a serious reaction to their Covid jab, but this has been a very small percentage of those vaccinated.

Reacting badly to any vaccination is very rare, with any side effects usually minimal.

Courtney wrote: “I would just like to spread awareness about a bad reaction I had to the Covid vaccine.

“These pictures are what happened to my legs and also my arms and back after the vaccine. 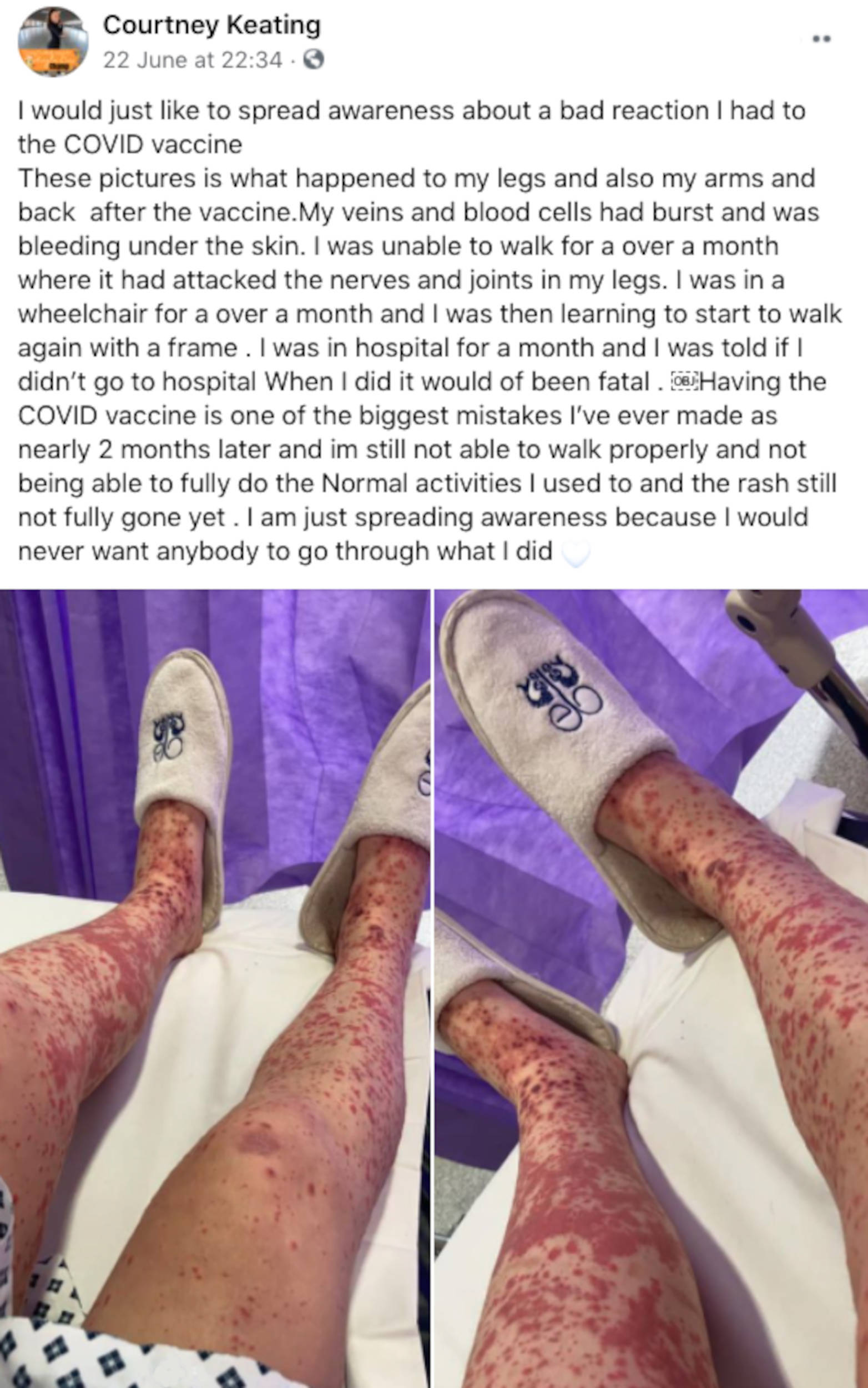 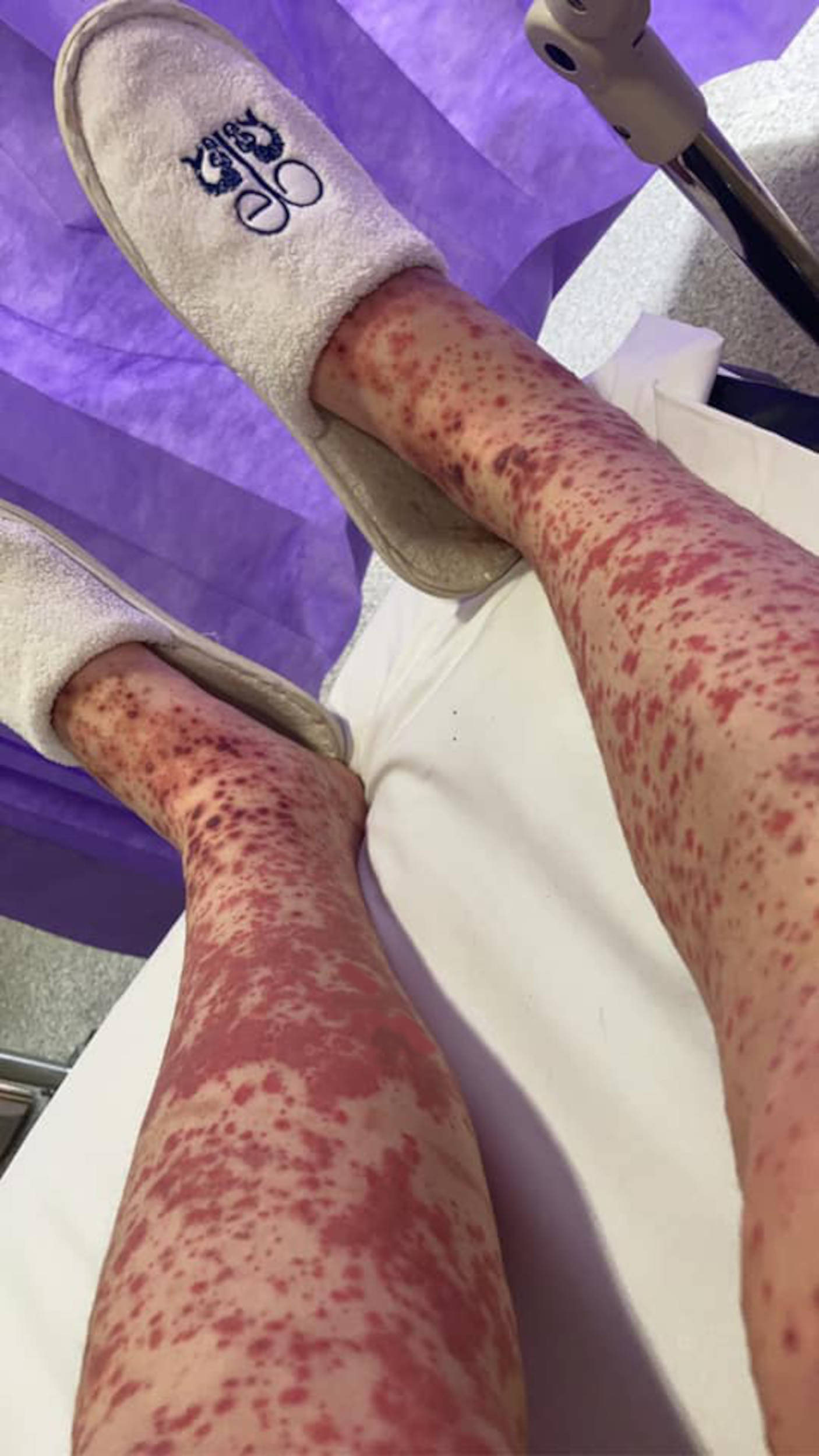 “My veins and blood cells had burst and were bleeding under the skin.

“I was unable to walk for over a month where it had attacked the nerves and joints in my legs.

“I was in a wheelchair for over a month and I was then learning to start to walk again with a frame."

Courtney's post got mixed responses from people both sympathetic, but keen to point out it's very rare to have a bad reaction.

One person said: "As much as I feel for you having reacted like this to the Covid vaccine, not sure which one as you haven't mentioned it, I do feel that you're scaring people unnecessarily.

“You are one of the very rare unlucky ones to react in this way. I do hope you are on the road to recovery and are over the worst and wish you well for the future.”

Another wrote: “What vaccine did you have for this to happen? That looks painful but these vaccines are here to prevent us from being seriously ill with the virus.

“But developing these awful rashes on your legs, like what the hell?”

Patti Benner commented: “So sorry for what you are going through.”

Courtney responded to critics with a video showing her legs, writing: "I would like to let everybody know this is not fake, this is real and I’m still dealing with it.

"I just hope for everyone saying it’s fake it doesn't happen to them and I’m not telling people not to get the vaccine, I’m spreading awareness."

As of June 16 this year, there have been over 284,000 adverse reactions reported for the Pfizer, AstraZeneca and Moderna vaccines in the UK.

But this could be anything from a headache or rash to more rare but serious complications.