The activists, from Animal Rebellion, used ladders, ropes and harnesses to climb 20 metres up the Department for Environment, Food & Rural Affairs (Defra) headquarters in Westminster shortly after 6am. 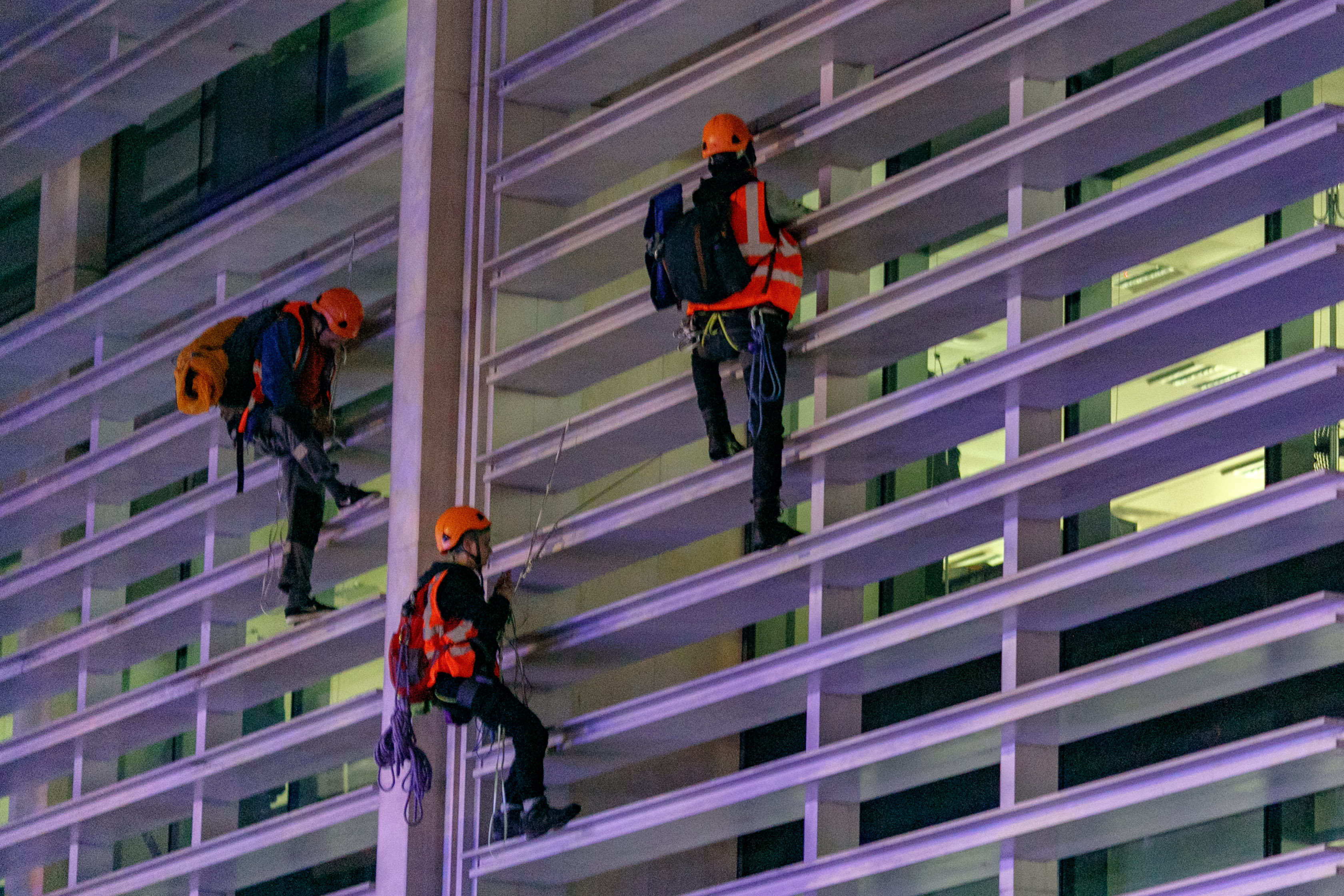 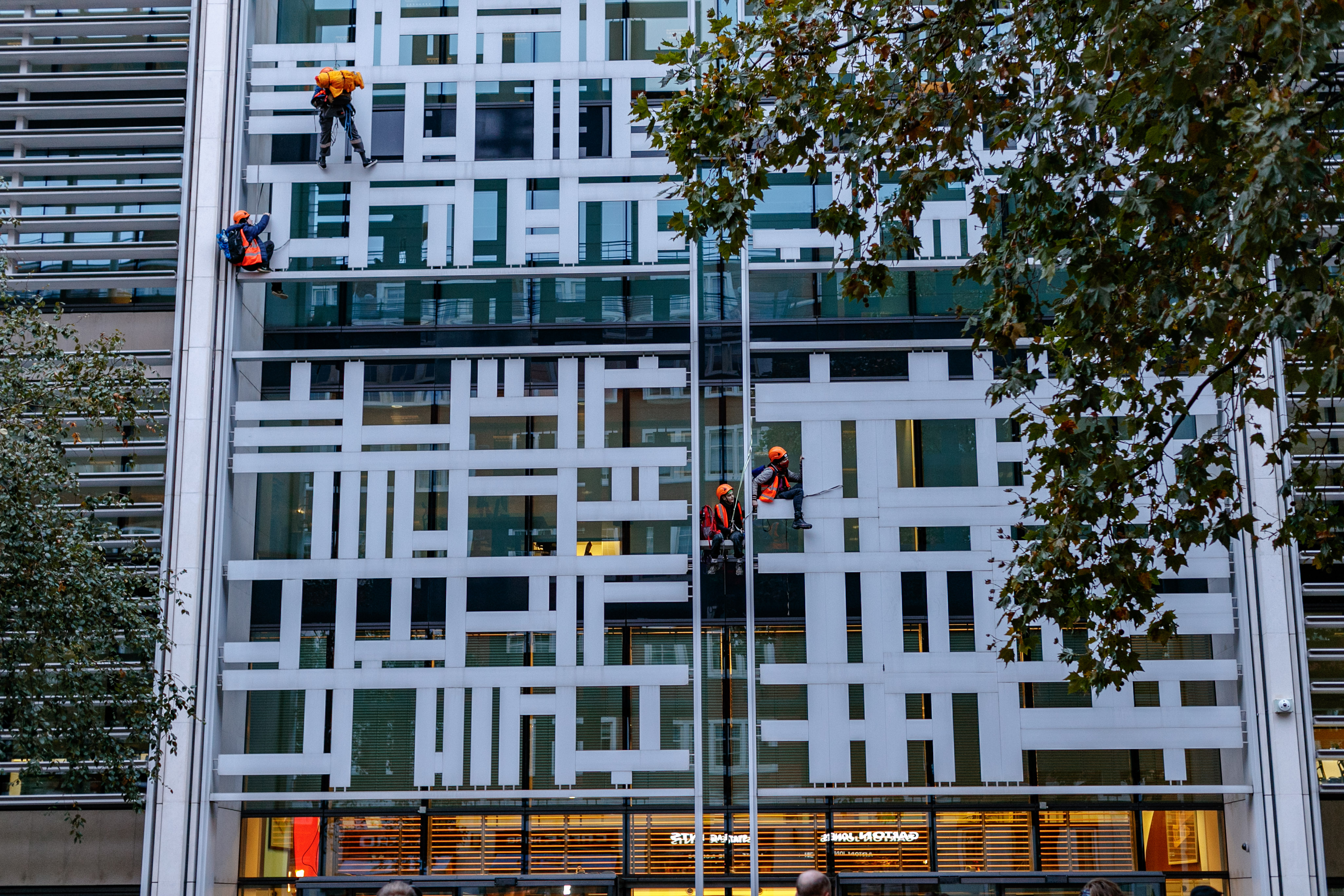 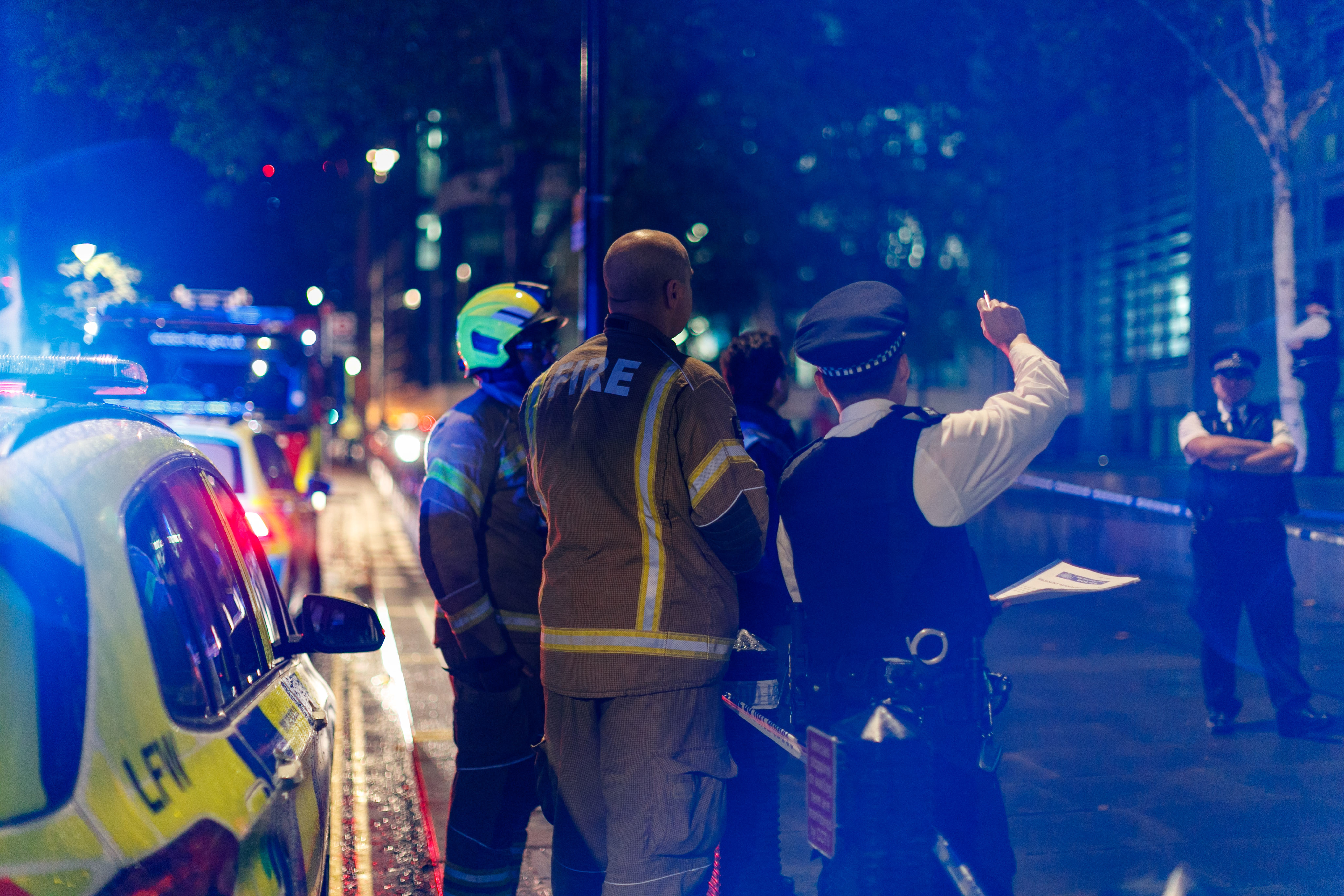 The group, which "stands in solidarity with Extinction Rebellion", staged the dangerous demonstration ahead of the United Nations climate change summit COP26 on Sunday.

They are urging the government to "defund meat and subsidise a plant-based transition".

A banner with their message to "invest in a plant-based future" was unfurled from the top of the building.

A spokesperson for the "mass movement that uses nonviolent civil disobedience to bring about a transition" said: "Meat and dairy is one of the leading producers of greenhouse gases and causes 90 per cent of Amazon deforestation.

"World leaders at cannot talk about meeting the Paris Climate targets and securing global net zero without addressing that our food system is destroying our planet."

Another AR member also told Sky News: "Ahead of COP26 we are calling for – no, demanding – that the world wake up and switch to a fully plant-based diet."

"If we don't do this the government won't address it."

Police, firefights and paramedics were on the scene – but no arrests have yet been made.

The vegan mob has said it will stay on the building, suspended in hammocks, "indefinitely" – until Boris Johnson pledges to cut all taxpayer support for animal agriculture.

AR representative Nathan McGovern said: "Our protesters climbed the building in the early hours of this morning to send a clear message that we want an end to support for animal agriculture which is killing our planet.

"The four, who are around 10 to 20 metres high, have unveiled a banner saying 'Cop26: Invest in a plant-based future'.

"We will see what the situation with the police is, but the plan is to stay in place indefinitely and this will remain a peaceful protest."

A Met Police spokesperson said: "Shortly after 6am we were alerted to a small group of protestors climbing the outside of a government building in Marsham Street to access the roof.

"Officers are on scene with the London Fire Brigade and are engaging with the protestors.

"As yet, there have been no arrests." 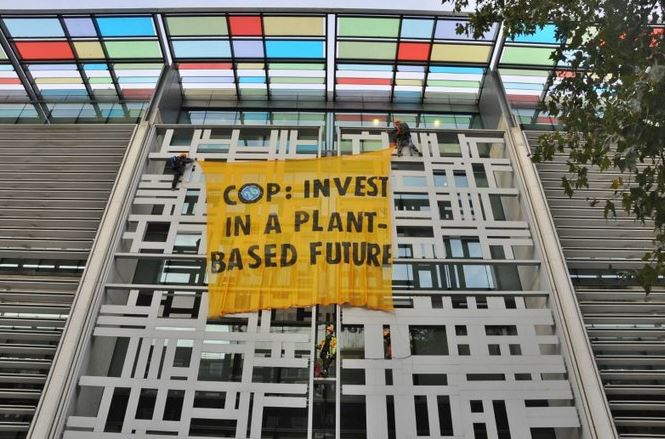 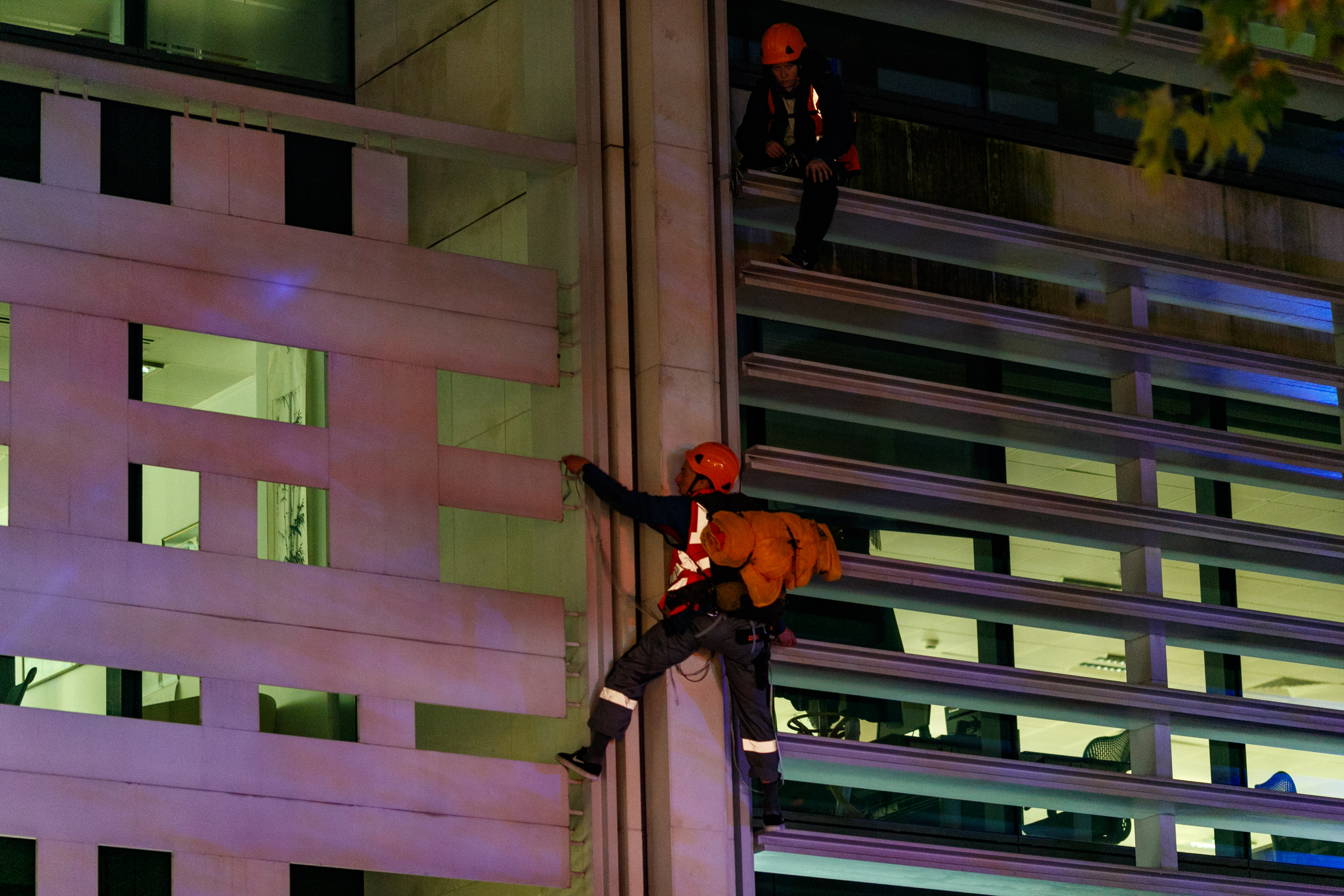 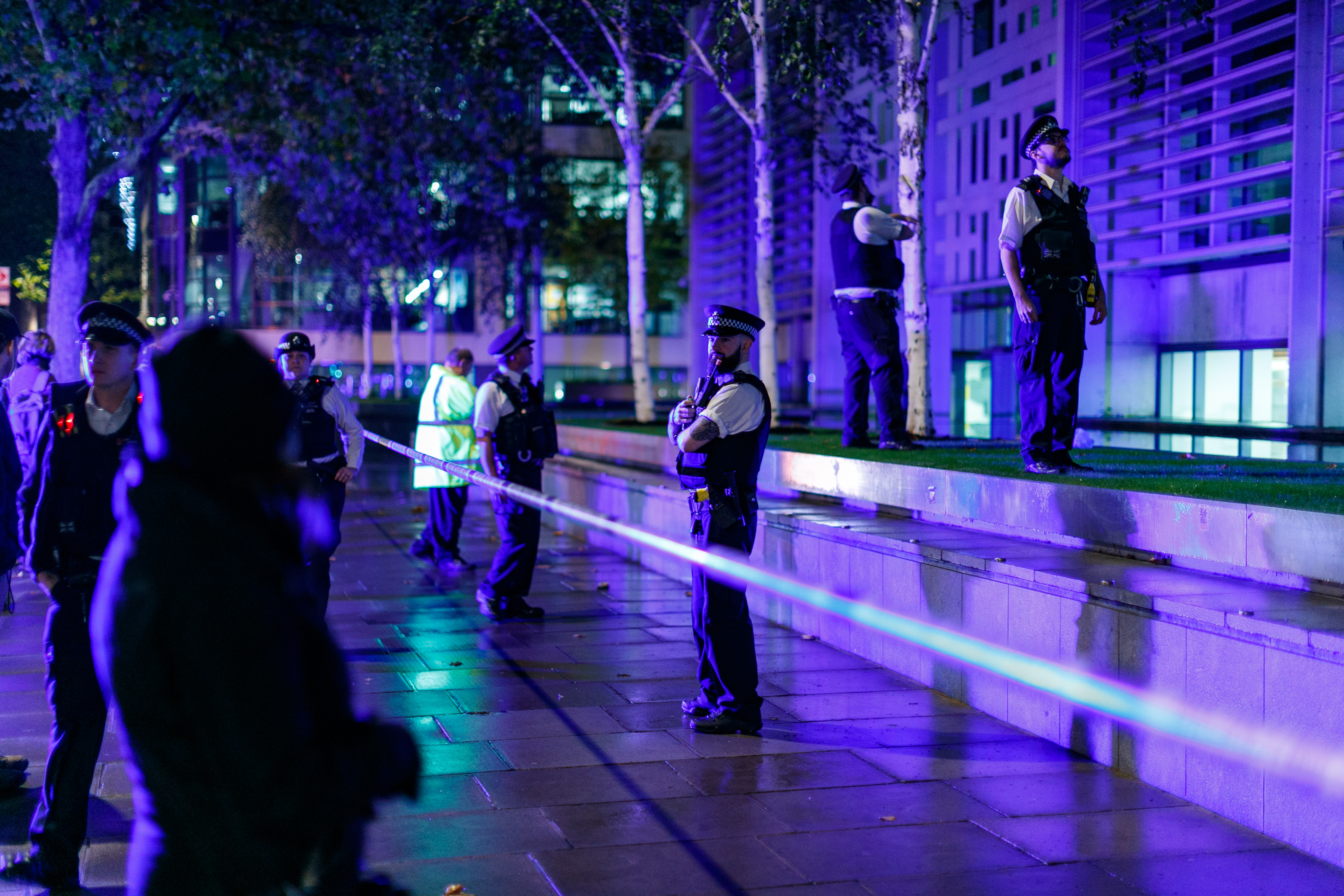 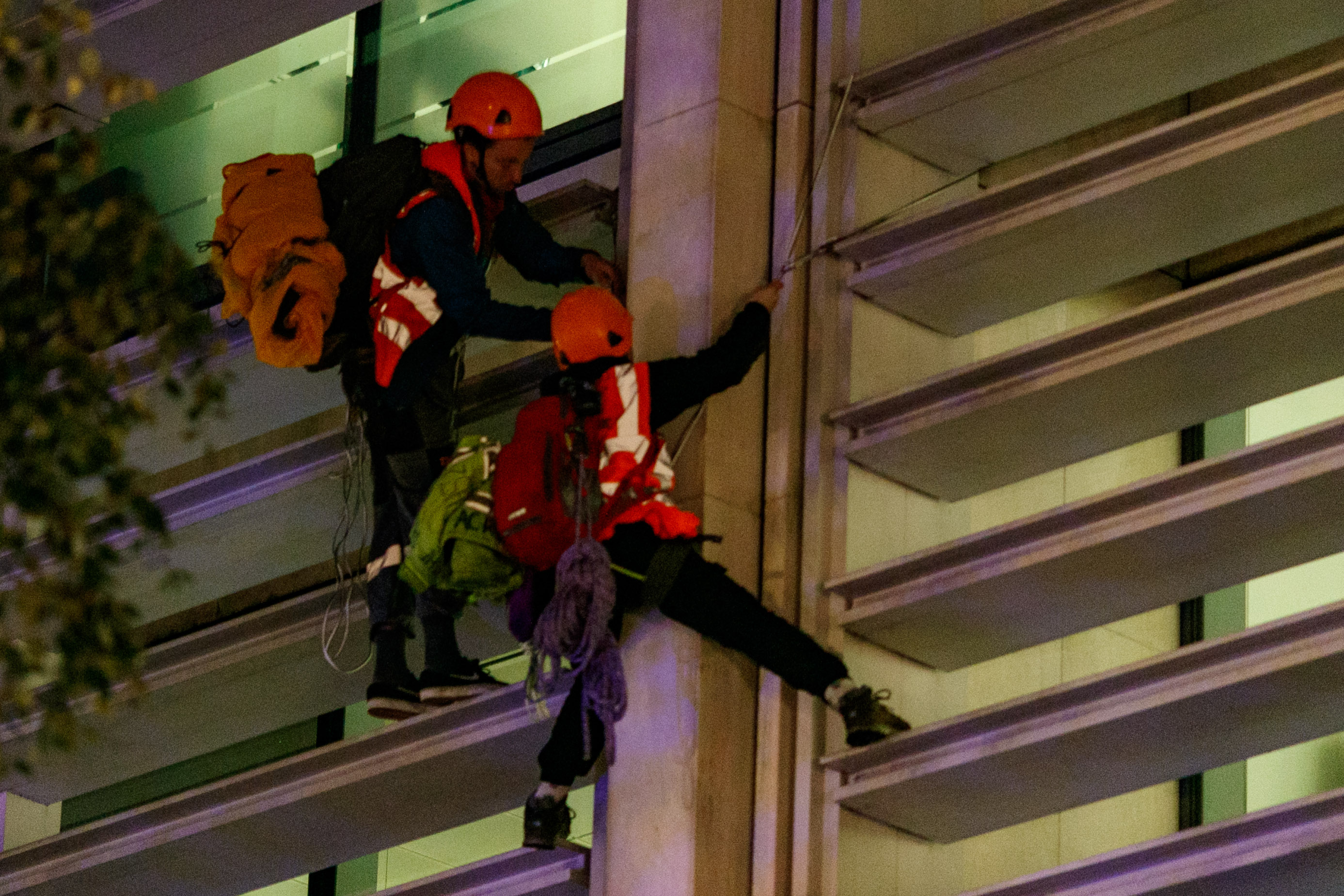 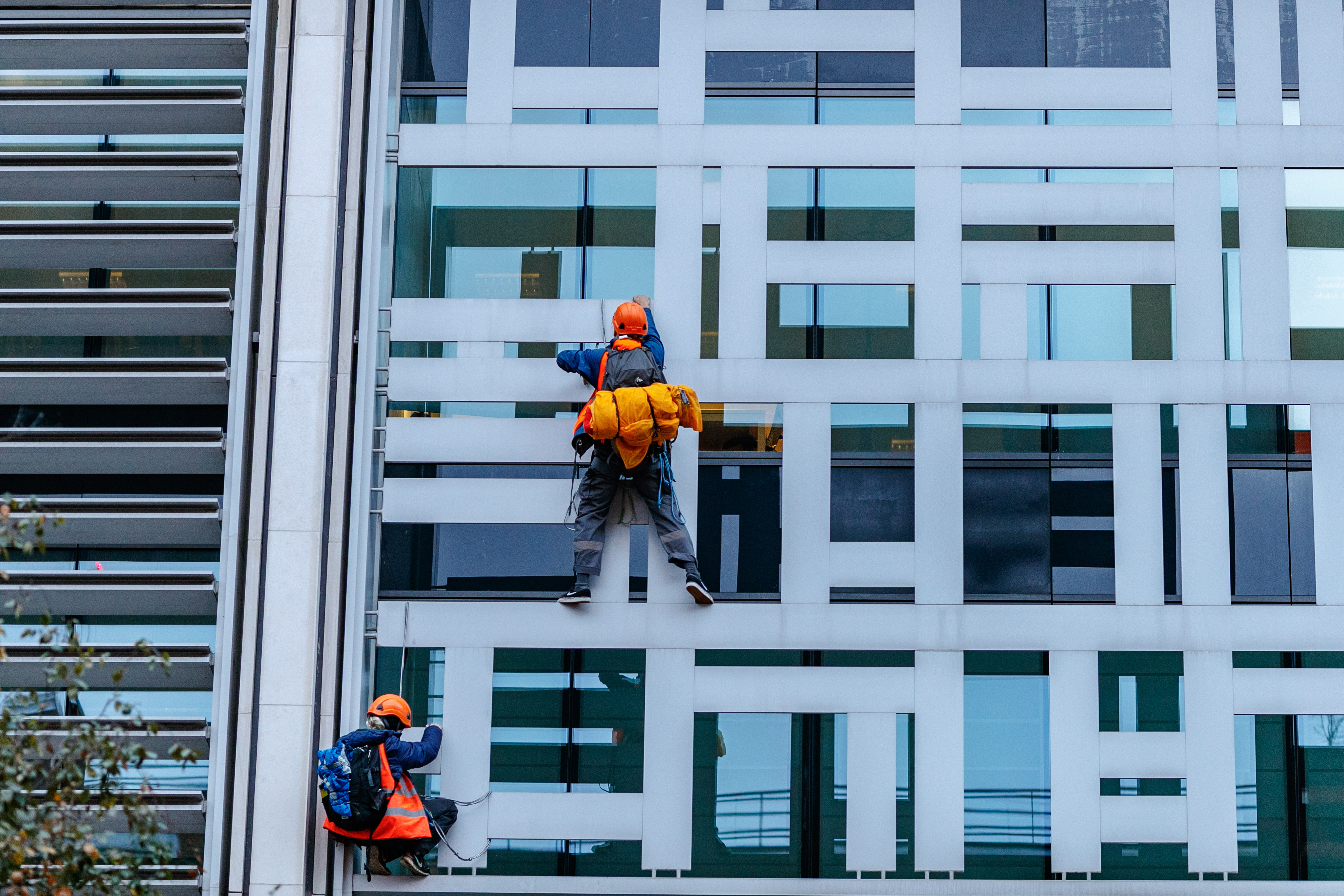 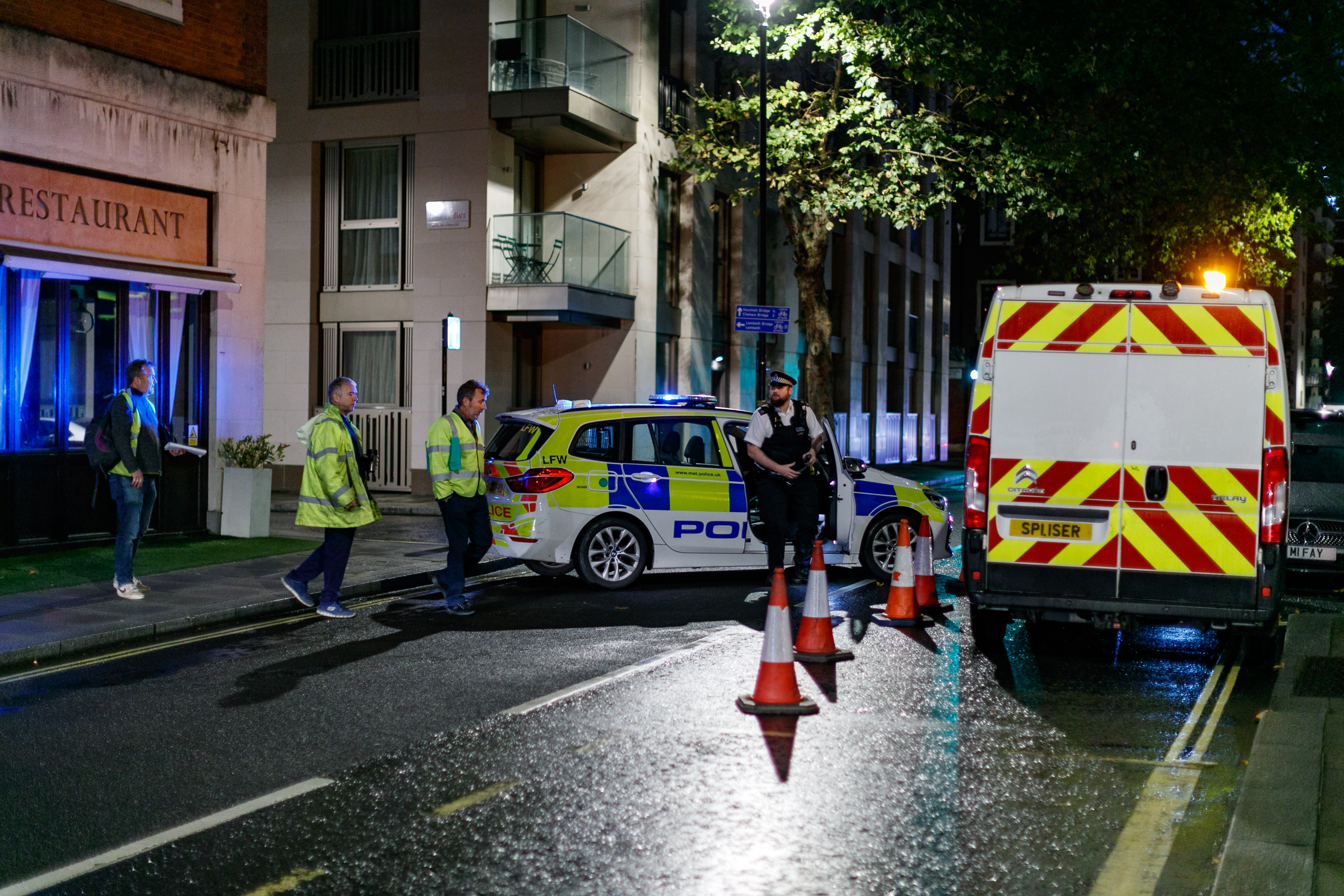