Volodymyr Zelensky has fired his top security chief and the state prosecutor after hundreds of cases of treason and collaboration with Russia were uncovered.

The Ukrainian president sacked Ivan Bakanov, head of the security service, and Prosecutor General Iryna Venediktova, who had been leading efforts to prosecute Russian war crimes.

Zelensky said more than 60 officials from the SBU security service and prosecutor’s office were working against Ukraine in Russian-occupied territories, and 651 treason and collaboration cases had been opened against law enforcement officials. 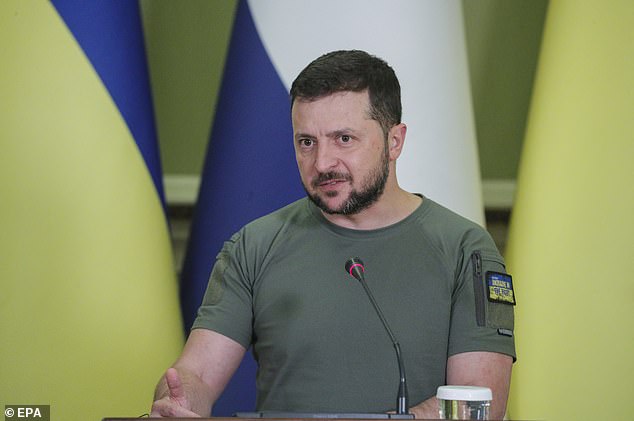 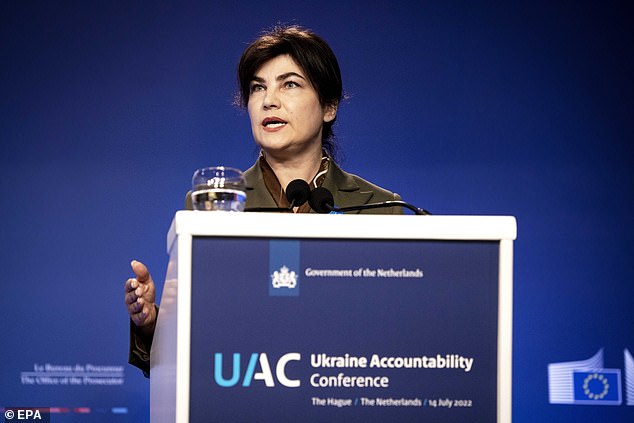 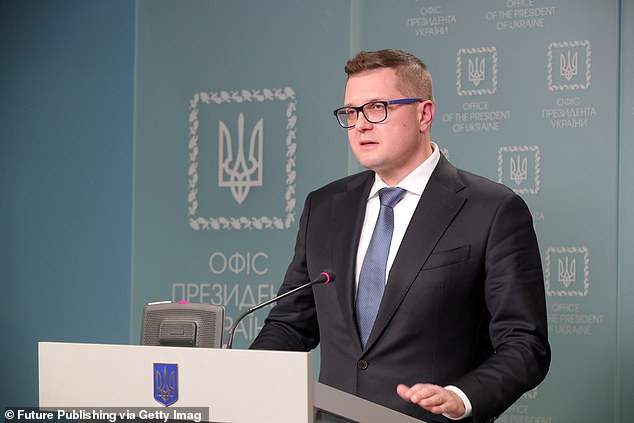 The sackings and the sheer number of treason cases reveals the huge challenge of Russian infiltration as Kyiv battles Moscow in what it says is a fight for survival.

‘Such an array of crimes against the foundations of the national security of the state … pose very serious questions to the relevant leaders,’ Zelensky said. ‘Each of these questions will receive a proper answer.

In his nightly speech to the nation, Zelensky noted the recent arrest on suspicion of treason of the SBU’s former head overseeing the region of Crimea, the peninsula annexed by Russia in 2014 that Kyiv and the West still view as Ukrainian land.

Zelensky said he had fired the top security official at the start of the invasion, a decision he said had now been shown to be justified.

‘Sufficient evidence has been collected to report this person on suspicion of treason. All his criminal activities are documented,’ he said. 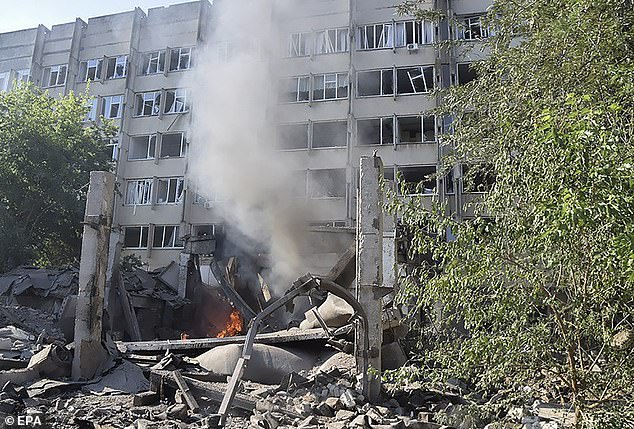 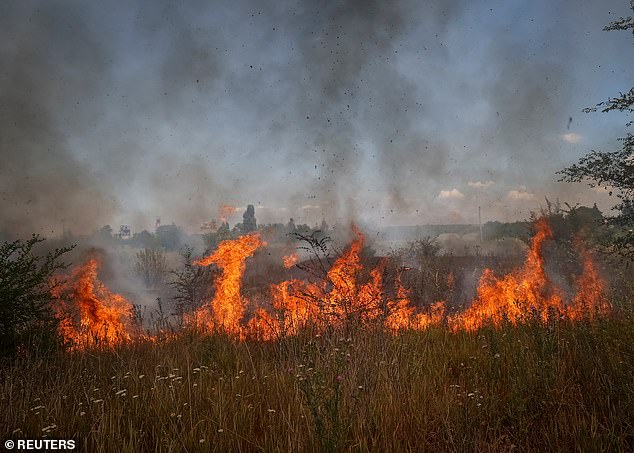 Grass burns after shelling not far from front line, amid Russia’s attack on Ukraine, in the Donbas region

Zelensky said Russia had used more than 3,000 cruise missiles to date and it was ‘impossible to count’ the number of artillery and other strikes so far.

Dozens of relatives and local residents on Sunday attended the funeral of 4-year-old Liza Dmytrieva, one of 24 people killed in a Russian missile strike in the city of Vinnytsia last week.

Western deliveries of long-range arms are beginning to help Ukraine on the battlefield, with Kyiv citing a string of successful strikes carried out on 30 Russian logistics and ammunitions hubs, using several multiple launch rocket systems recently supplied by the West.

The strikes are causing havoc with Russian supply lines and have significantly reduced Russia’s offensive capability, according to Ukraine’s defence ministry. 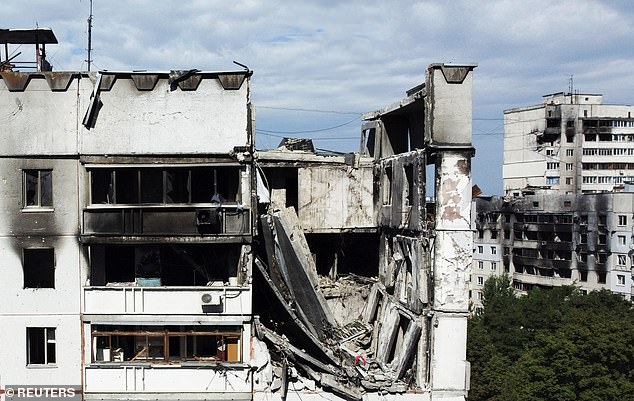 Buildings destroyed by military strikes are seen, as Russia’s invasion of Ukraine continues, in northern Saltivka, one of the most damaged residential areas of Kharkiv

Russia has ordered military units to intensify operations to prevent Ukrainian strikes on areas held by Russia, according to Ukraine which on the weekend reported shelling along the frontline in what it said was preparation for a fresh assault.

‘Fighting is currently ongoing near Hryhorivka near the administrative between Luhansk and Donetsk regions,’ it said.

Overnight at least 10 explosions were reported in the southern city of Mykolaiv, but there was no information on casualties, while two people were killed and 10 wounded in Avdiivka and Novy Donbas, said Ukraine’s general staff, citing local officials.

Reuters could not immediately verify the reports.

The British defence ministry said on Sunday that Russia was reinforcing defences across areas it occupies in southern Ukraine after pressure from Ukrainian forces and pledges from Ukrainian leaders to drive Russia out.

Russian President Vladimir Putin launched his invasion on Feb. 24 calling it a ‘special military operation’ to demilitarise its neighbour and rid it of dangerous nationalists.

Kyiv and the West say it was an imperialist land grab and attempt reconquer a country that broke free of Moscow’s rule with the break-up of the Soviet Union in 1991.

The biggest conflict in Europe since World War Two has killed more than 5,000 people, forced more than 6 million to flee Ukraine and left 8 million internally displaced, says the United Nations.

Ukraine and the West say Russian forces are targeting civilians and been involved in war crimes, charges Moscow rejects.